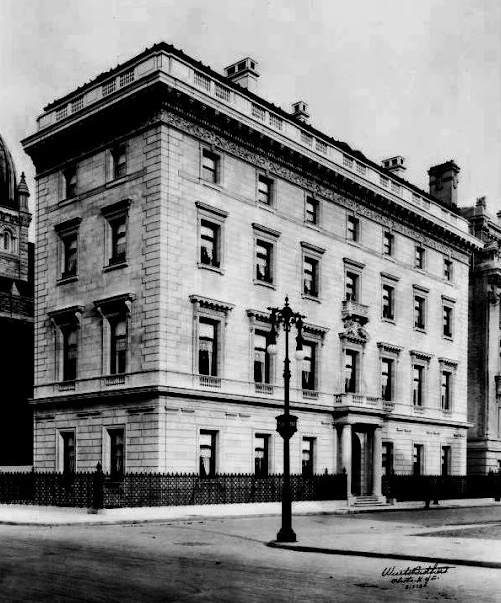 Edward S. Harkness was considered the most philanthropic of New York City's millionaires having donated countless millions and buildings to various charities and institutions. He had been born to Stephen V. Harkness and his wife Anna. On Stephen's death, Edward inherited some $50 million and he decided he wanted a suitable New York City residence for him and his wife, Mary. He chose a narrow plot that had been given to him by his mother and hired his friend, architect James Gamble Rogers, to design and build him a large townhouse. 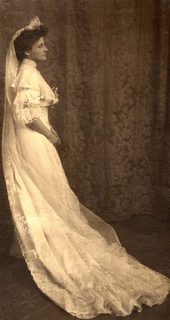 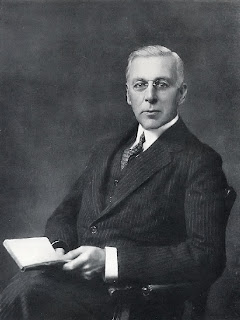 Mary And Edward Harkness Were A Quiet, But Very Rich, Couple Who Gave Generously To The Poor

When the home was completed in 1908, it was a masterpiece, with 6 floors above ground and a basement below, it was a beautiful Italian Renaissance model. 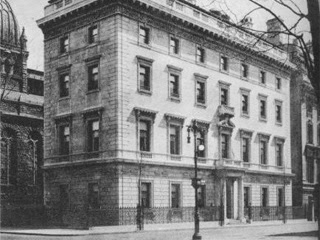 The interiors, unlike most millionaire's homes, were designed for comfort and occasional entertaining. The ground floor held the reception room, dining room, entrance hall, pantry and the ladies powder room. The second floor held the two principal rooms, the library and the music room. The third floor held guest bedrooms and bathrooms, while the fourth floor held the Harkness's private suite. The remaining floors held servant accommodations and a few guest rooms. 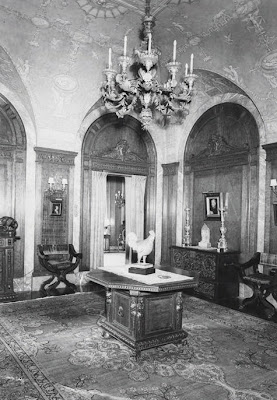 The Entrance Hall Had A Rooster Statue In The Center 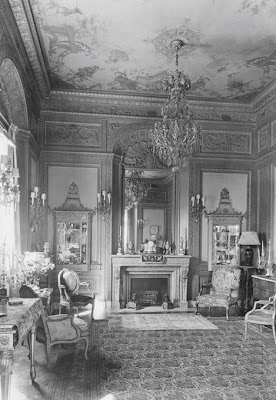 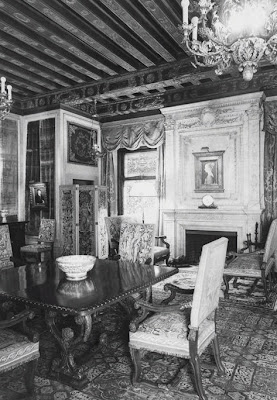 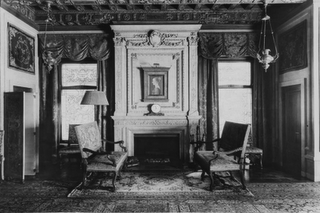 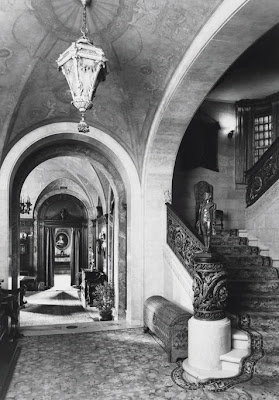 The Beautifully Carved Staircase Ran To The Very Top Of The House, All 6 Floors And Had A Glass Dome Covering It 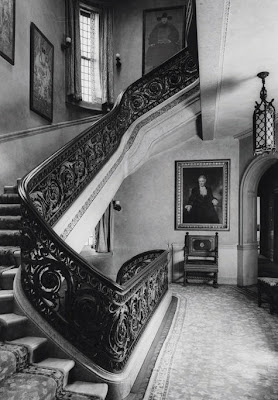 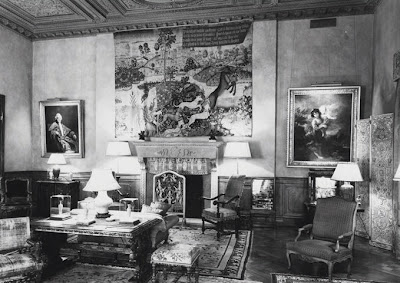 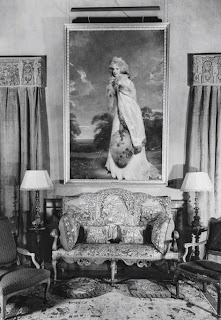 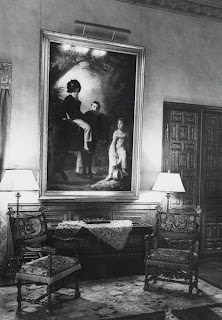 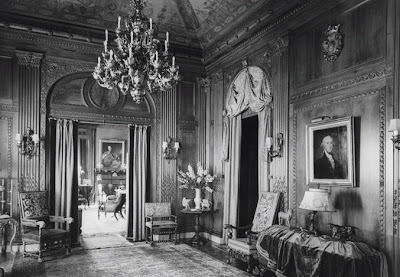 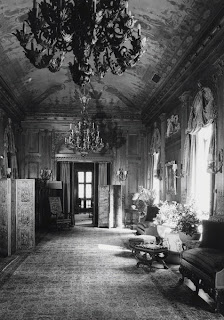 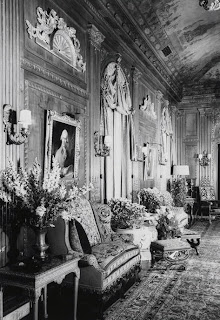 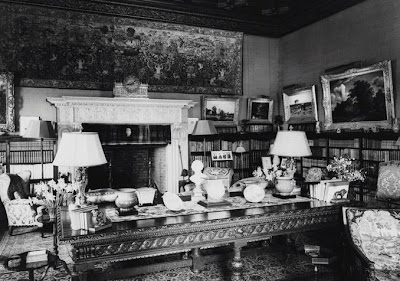 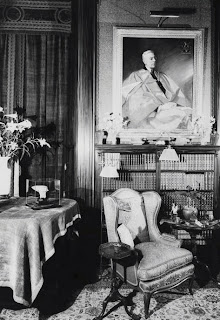 Mr. Harkness's Corner Of The Library Was Where He Ran His Philanthropic Empire Giving Regularly $1 million In Addition To His Other Gifts 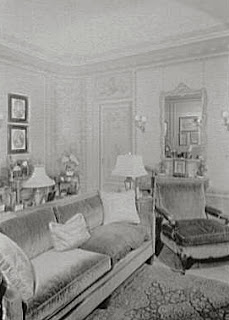 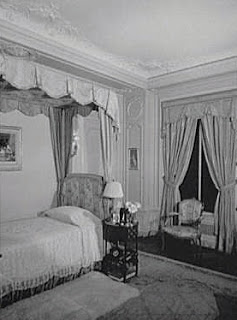 Mrs. Harkness's Bed And Boudoir Are Both Very Comfortable And Livable, Unlike Like Most Millionaire's Wives' Bedrooms And Boudoirs

Not surprisingly, Edward Harkness was a Republican and he socialized with other prominent men such as, Stuyvesant Fish, Cornelius Vanderbilt II, William B. Astor Jr., James L. Van Alen, Arthur Curtiss James and Ogden Mills at Republican events and fundraisers. 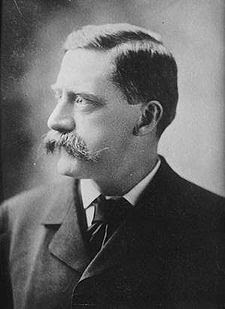 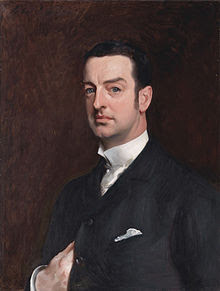 The Republican Society Men Rallied Against Fellow Society Democrats, August Belmont, John Astor III, Thomas Ryan Fortune, William C. Whitney And Hermann Oelrichs. They Helped To Raise Money To Put An End To Boss Tweed's "Tweed Ring", Which Was Shot Right In The Heart By Republican Henry Clews's "Committee Of 70", And Teamed With Their Fellow Republican Society Women Such As, Mrs. Stuyvesant Fish, Mrs. Hermann Oelrichs (She Was A Republican Despite The Fact That Her Father And Husband Were Democrats), Maude Wetmore And Mrs. Henry Clews Sr. To Help Keep New York City And Newport Republican Cities. 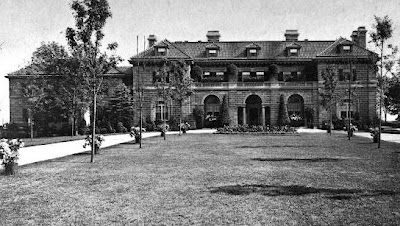 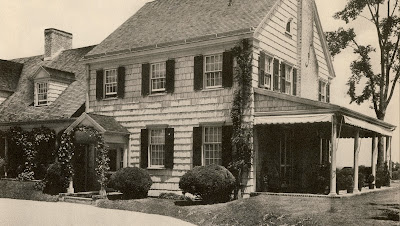 Mary continued to reside there until her death, 10 years later, upon which the home was donated to The Commonwealth Fund, which occupies it today.