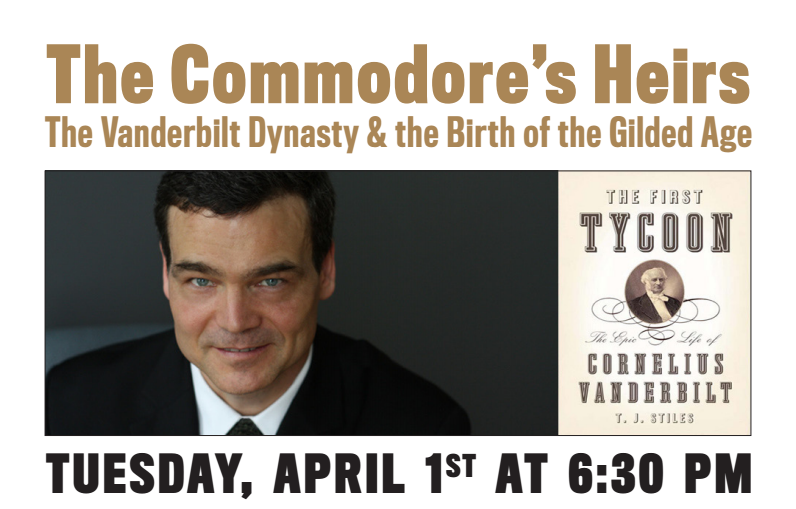 The Gilded Age Era Blog is happy to announce that on April 1st, at 6:30 PM, the Museum of the City of New York will be welcoming author T. J. Stiles ~ author of "The First Tycon: Cornelius Vanderbilt" ~ for a lecture he will be giving on the Commodore and his heirs. The Commodore is one of the richest people in all of history! His fortune nowadays worth many hundreds of billions of dollars. His grandchildren - the heirs - emerged as the "nouveau riche" and were scorned by Mrs. Astor and other old monied families. They latter came to triumph over Astor and her kind by building the world's largest homes and giving lavish and excess parties, showing that they were America's wealthiest family - dominating the New York and Newport social arena.

Here is the official press statement:

"T.J. Stiles, author of the Pulitzer Prize-winning biography The First Tycoon (Vintage, 2010) recounts the birth
of the Gilded Age through the story of the Vanderbilt dynasty. “Commodore” Cornelius Vanderbilt rose
from New York’s docks to become the richest man in America. Old patrician families scorned him, though he
lived in the same dignified fashion as they did. His popular grandchildren emerged as leaders of the social
aristocracy, yet they indulged in lavish excess; their legendary parties and vast mansions defined the age.
The  themes of an Edith Wharton novel play out over three generations in real-life tales of scandals, séances,
suicide, and a bitter trial over the Commodore’s will. Presented in conjunction with Gilded New York.
Reservations required — $15 for Museum members; $25 general public.
Co-sponsored by The Victorian Society of New York. "

Below, are some photographs that will be mentioned at the event: 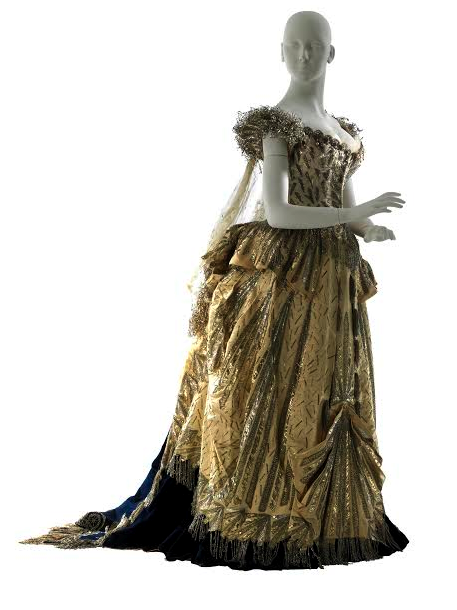 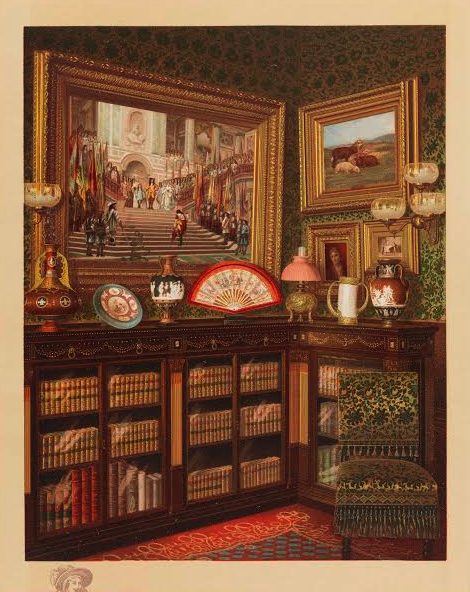 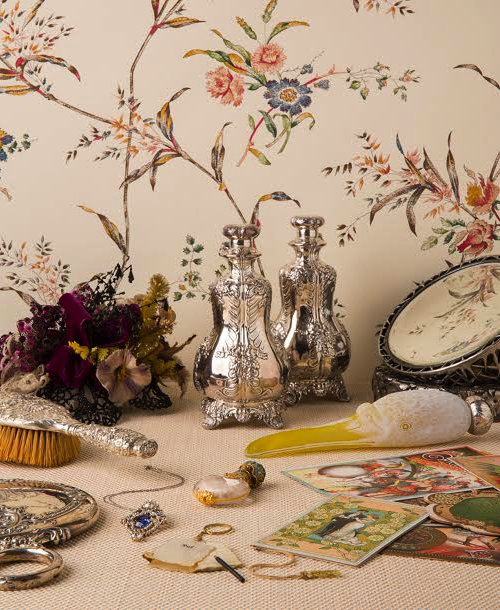 A wealthy ladies toilette scene ~ like the kinds the Vanderbilt women would use.

The Queen of Summer Resorts

During the Gilded Age ~ And for a long period afterwards ~ the little seaside town of Newport, Rhode Island, was considered to be the select summer resort. One could never be "In" society if one didn't spend summers in Newport (or at the very least own a residence there). Along the oceanside, barons of wealth built colossal marble castles ~ crammed with every finest luxury of the time ~ next door to the sophisticated yet stylish mansions of the "old money" families. No matter the size or opulence, each of these regal establishments were cozily referred to as "cottages" by the seasonal summer residents. Today, many of these palaces survive in the hands of colleges, school institutions or Preservation societies and foundations. A few, however, still remain in private hands. Here are a few "cottages" located in the resort.

The Breakers
Built by Cornelius Vanderbilt II and his wife Alice, it was built to replace their first
cottage, also called 'Breakers', which burned down. Countess Gladys Szechenyi, Cornelius and Alice's daughter leased the Breakers to the Preservation Society of Newport, who bought the estate from her heirs.
It is the largest in Newport.

The Harold Brown Villa
Built by Harold Brown and his wife Georgette Wetmore as a summer estate. Given no
formal name, unlike most of the cottages, it was a treasured family jewel. It was left to Mrs Brown's
niece Eileen Slocum, who was considered the grande dame of Newport and the Republican Party and died in 2008. It is the only house on Bellevue Avenue still in the hands of the family. 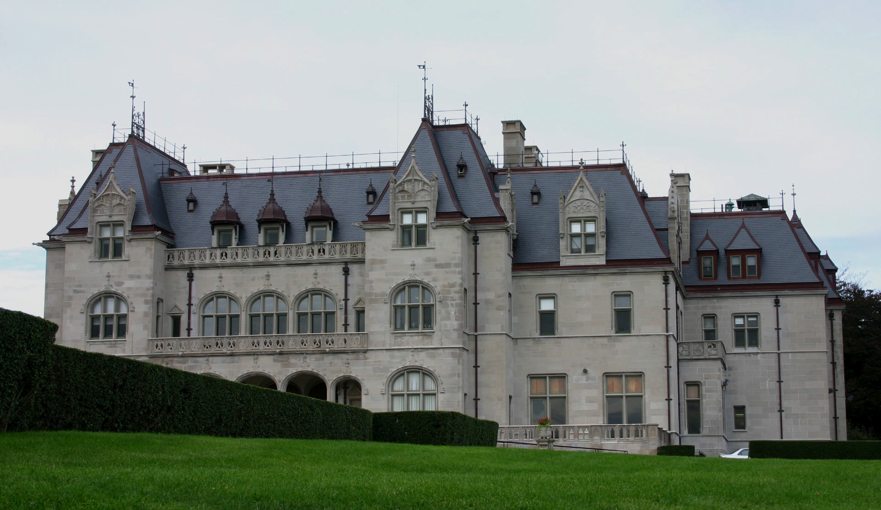 Ochre Court
Built by Ogden and Mary Goelet as a palatial showplace to gain access into society.
Their son Robert offered the place to his daughter, who not surprisingly turned him down. He then donated the place to the now Salve Regina University, who still own it today.