"The Ledges", The Summer Home Of The Cushing Family 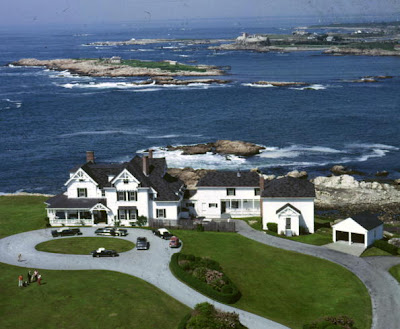 When Robert M. Cushing, a member of the wealthy Cushing family from Boston, came to Newport RI looking for a place to build a home for his family, he knew exactly what he was doing. Newport was the Social Capital of America, where those in Society (and those wanting to be in Society) summered during the season. It was just the place for Robert and his wife, Olivia, to raise their three children, Grafton, Howard and Andreas, to become prominent members in Society.

Robert M. Cushing, Whose Family Had Made A Fortune In The China Trade, Was A Prominent Character In High Society

The lot Robert chose was one of the most spectacular promontories on Ocean Drive, overlooking Bailey's Beach. Robert commissioned Boston architect John H. Sturgis to design a large, elegant, Stick style cottage, with plenty of rooms for entertaining and his family. 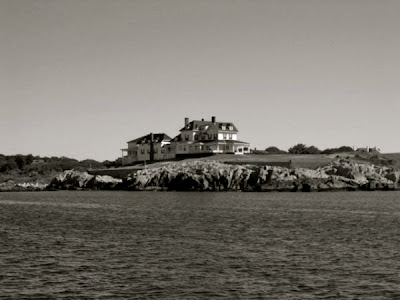 An Imposing View Of "The Ledges" From Bailey's Beach, Which Robert Cushing Was An Incorporator Of

The ground floor of "The Ledges" mixed comfort with elegance, thanks to the wonderful tastes of Mrs. Cushing. For entertaining the dining room, library and drawing room were used, while the family used the living room, sunroom, breakfast room and the study. 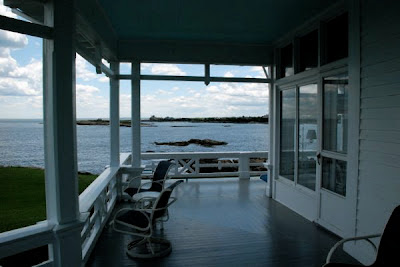 The Porch Overlooking The Sea, Was Normally Where The Cushing Children Played During The Day

Robert eventually retired to "The Ledges" and he lived there year around. As several of his children displayed artistic talent, Robert had a studio added on the the side of the house, where Howard painted many of his most famous pieces of art.  Howard had married Ethel Cochrane and they lived (along with their children) at "The Ledges". 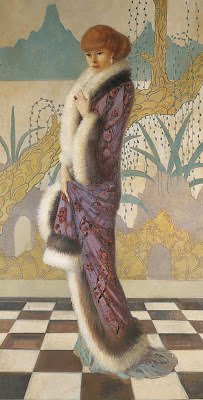 When Robert died, his will stipulated the "The Ledges" be shared by his children, who each got a cash bequest of more than $3 million. Andreas preferred traveling the world and rarely spent time at "The Ledges", while Grafton visited occasionally. Howard and Ethel made "The Ledges" their permanent home and soon it was filled with their growing collection of art. 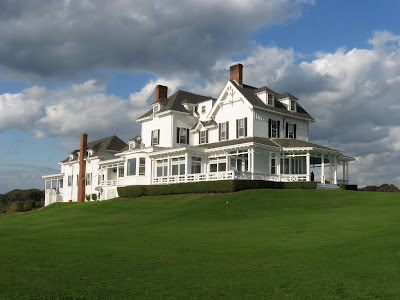 Ethel Commissioned Minor Renovations To "The Ledges", Such As Refurnishing The Sunroom And Adding A Bedroom

Howard was able to manage his finances well, turning his $3 million inheritance into a $10 million fortune, not to mention he made a more-than-comfortable income from selling his paintings. He was a good friend of Gertrude Vanderbilt Whitney and he even convinced her to begin a career in art. Howard was a fun parent, always playing with his children (at time when most fathers saw there kids twice a day). The Cushing Family loved living at "The Ledges" and they lived a perfect life, up until Bamboo arrived. 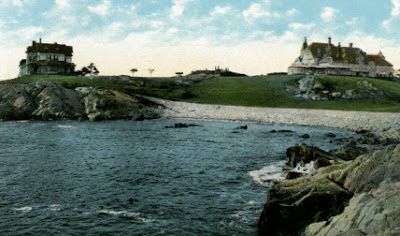 The problem began when Henry Clews Jr. sent his son, nicknamed Bamboo, to summer with his grandparents at their estate "The Rocks", a rambling mansion overlooking Bailey's Beach. Bamboo whined, cried and screamed right under Howard's window, right when he was trying to paint. The next three summers were torture for the Cushings because Bamboo was a frequent houseguest. 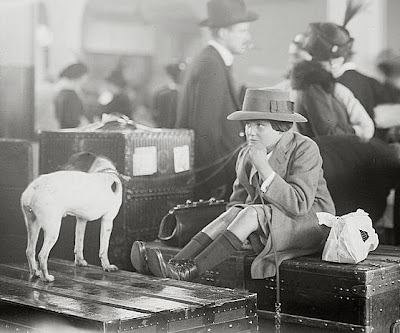 Henry Clews III (Bamboo) Returning From A Trip To France, With Him Is His Dog, Doggie, And In The White Bag Is His Parrot Mrs. Gray In Her Cage

By the time Bamboo was six, he was making twice as much noise. The Cushings took matter into their own hands. Grafton armed himself with a large hoe and shovel and began building a fence. "What's that horrid thing you are building?" Henry Clews II said, upon hearing what it was Clews decided he would plot his own revenge. He decided to use it as a canvas and he painted a farm scene. The situation was eventually resolved, but there was always an icy frost between the two families. 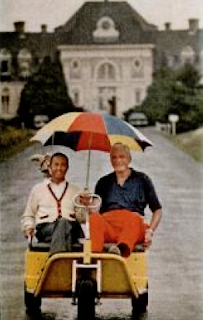 On Howard's Death, His Son Howard II (The Man In The Red Pants) Inherited "The Ledges" And Most Of The $15 Million Fortune

Howard II and his children were just the right people for Newport, they had money, taste and pedigree. Howard II was a patron of The Newport Country Club and had a strong passion for golf. Howard's daughter, Mary "Minnie", was a Newport beauty and the perfect debutante. Howard's son, Howard III, was a  member of Bailey's Beach and later became it's president. Howard's other son, Thomas G., was a prominent socialite, known for his looks,Howard final child, Frederick "Freddy", took after his grandfather and was a passionate artist. 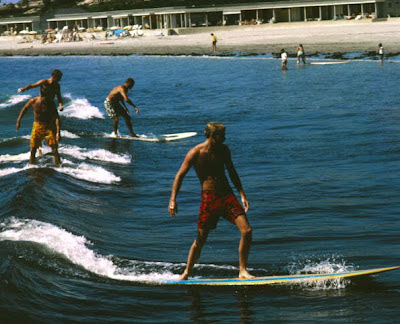 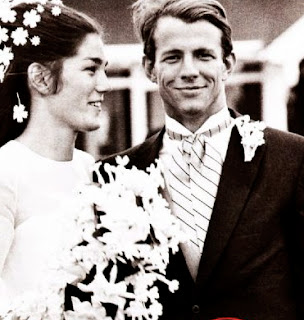 The Beautiful Minnie Cushing's Marriage To The Handsome Photographer Peter Beard Didn't End Happily Ever After, But Rather In Divorce

In a fitting finale to the feud between them and the Clews, the Cushings bought "The Rocks" estate from Henry Clews III, demolished it and then incorporated the land into theirs. Now the Cushing family could have the entire view of Bailey's Beach without having "The Rocks" in the way. On the former Clews property, the Cushings added a large shed, green house and guest cottage.

The Cushings Now Occupied The Entire Promontory On Ocean Drive, One Of The Most Desired Lots In All Of Newport

"The Ledges" was passed down to Minnie, Freddy, Thomas and Howard on Howard II's death. They continued to live the same lavish lifestyle the always had and continued to purse their different interests. 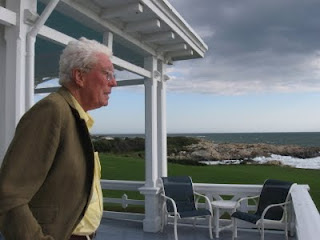 Thomas Cushing stands on the porch of The Ledges 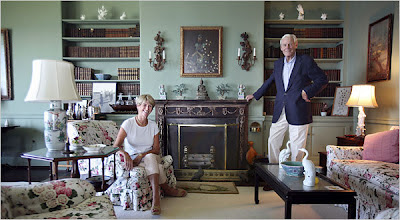 Today Howard And His Wife, Nora, Are The Heads Of The Cushing Family And They Live At "The Ledges" With Their Family

"The Ledges" will probably never be for sale, the determination of the Cushings is so great that the house hasn't aged a bit. It was, a couple of years ago, featured in a film titled "Evening" starring Glenn Close, Meryl Streep and Vanessa Redgrave. The interior and exterior of the house were used in the film.

Today "The Ledges" is still owned and occupied by Howard III and his wife, Nora, who live there with their two sons. It is still in immaculate condition and that will probably never change.