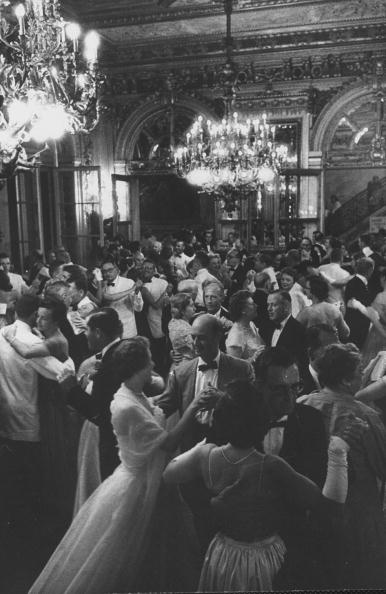 In 1895 there were 300 live hummingbirds hovering around an indoor fountain in honor of the Duke of Marlborough's visit to the $11 million Marble House built in Newport RI by William K. Vanderbilt, grandson of Commodore Vanderbilt. On July 13 1957 Marble House, which like many sumptuous Newport estates had been closed in recent years, glittered briefly again, although no hummingbirds were present this time. The occasion was the benefit Tiffany Ball, attended by 1,200 members of East Coast society, resplendent in jewelry valued at an estimated $20 million. 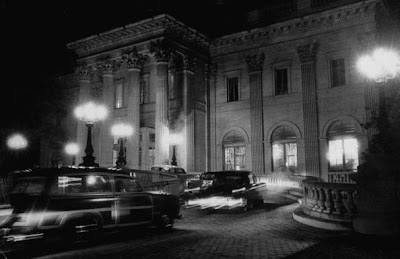 Marble House Glittered Brightly During The Tiffany Ball, With A Never Ending Fleet Of Limousines And Luxury Cars Pulling Through It's Driveway


The ball was held by the Preservation Society of Newport, the purpose of it was to raise money for the restoration of some 400 17th and 18th Century buildings in Newport County. To enter the house, dance in the ballroom, dine on the lawn and in the dining room and mingle throughout the house, it cost $25 a head ($203 in 2012). 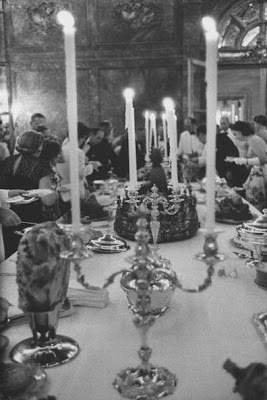 The guest list included many representatives of Newport's High Society families and several members of Newport's Old Guard were there. In attendance were Mrs Frederick Prince Jr. (whose husband owned Marble House), Katherine Warren (leader of the Preservation Society) and her husband George Henry Warren, Mrs. Louis S. Bruguiere (queen of Newport's Old Guard and a surviving member of Mrs. Astor's 400), Mr. and Mrs. Thomas C. Clagett (he was vice president of Coal & Coke Co. and she was vice chairman of the ball), Mr and Mrs John Nicholas Brown (he was known as the "Richest baby in the world" and she helped to find the Preservation Society), Senator and Mrs. John F. Kennedy, Mrs. Ottavio Prochet (Committee vice chairman), Mrs. Guy Fairfax Cary (a surviving member of Mrs. Astor's 400), Mrs. John Drexel III, Mr and Mrs. Sheldon Whitehouse, Mr and Mrs James C. Clark, Henry Randolph and Count and Countess Szapary (the only Vanderbilt there). 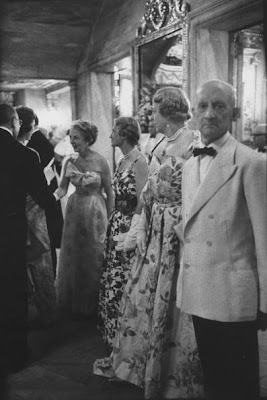 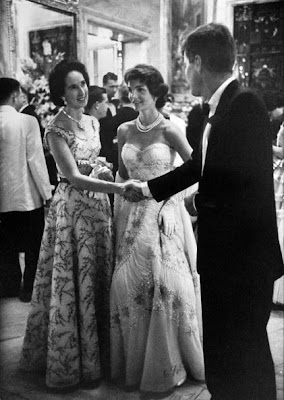 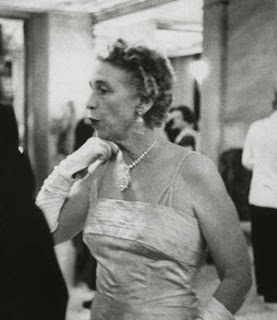 Mrs Sheldon Whitehouse Was The Lucky Lady Who Was Chosen To Wear The $600,000 Diamond Tiffany Had Loaned 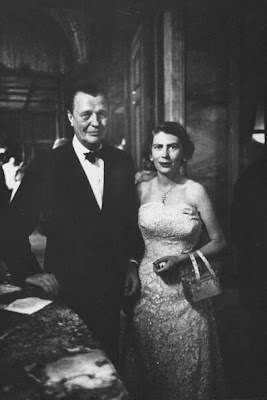 Countess Szapary Was The Only Vanderbilt In Attendance At The Ball, Even Though The Home Had Once Been Owned By Vanderbilts 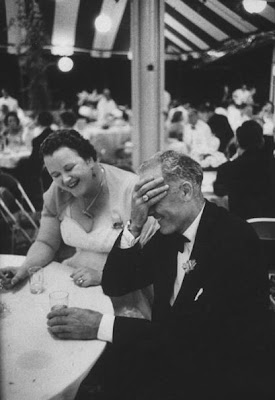 Thomas Clagett And His Wife Were The Luck Winners Of The Ball's Raffle Prize, Two Tickets To Rome

Th evening was a hit, netting $30,000, and it would be repeated several times more by the Preservation Society. During the night Senator Kennedy seemed to be all over the place, talking and socializing with other guests. He had worried before about a photographer taking a photo of him holding a drink, but no such photograph was ever taken. 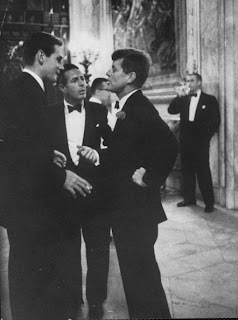 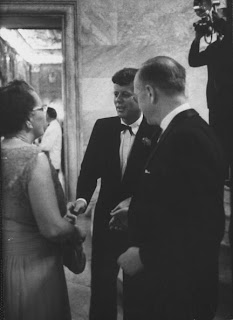 Senator Kennedy Was All Over The Place During The Ball, Never Once Being Seen With A Drink Of Alcohol In His Hand 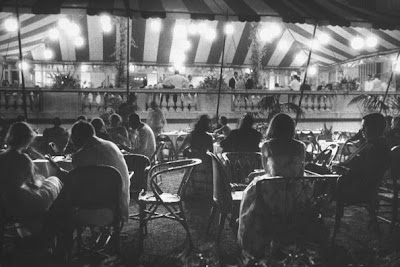 Guests Socialized On The Lawn During The Tiffany Ball At Marble House, A Stage Had Even Been Set Up 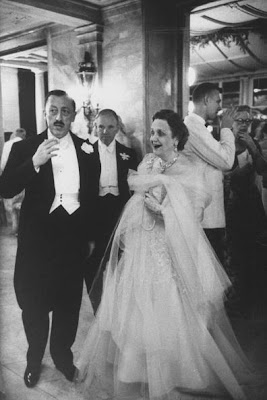 The Enormously Wealthy Perle Mesta Arrived A Little Late, She Was Greeted By Henry Randolph At The Entrance Of The House

The Tiffany Ball will be remembered as one of the greatest balls ever held in Newport, much like Mrs. Astor's annual Summer Ball and Mrs. Fish's annual Harvest Ball.