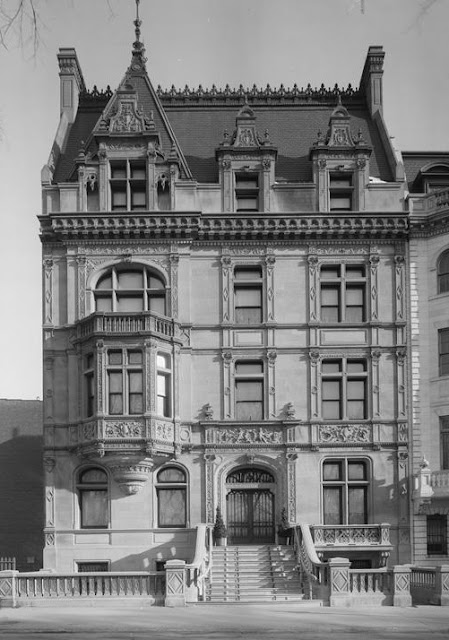 Louis Stern was deeply affected by the death of his beloved wife and he went into a deep period of mourning, dressing in all black and rarely being seen in the public. This all changed in 1887 when he commissioned the architectural firm of Schickel & Ditmars to design him a residence on a plot of land located at 993 Fifth Avenue. 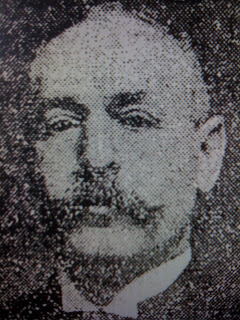 Louis Stern Was A Quiet And Kind Man, Although He Was A Stronghold In The Republican Party And Served As It's Delegate 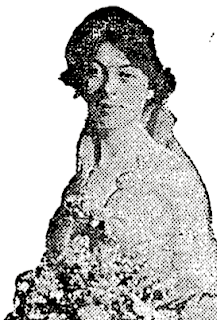 Louis's Son, Irving C. Stern, Married Aliss Ruth Brandeis, The Driving Force Behind The Decoration Of The Interior Of The Mansion

Once the house was completed, it was said to have cost some $1 million and the Stern family quickly moved in. It became one of the city's leading tourist attractions and not a week went by where the Stern's didn't hold an event there.

An Estimated $70,000 Was Spent On Designing And Decorating The Entrance Alone, The Front Doors Having Costed $1,500

The floor plan of the house was centered, like many fifth avenue mansions, around entertaining. The ground floor contained the drawing room, entrance hall, reception room, dining room, conservatory, ballroom (which was also an art gallery) and the pantries. The second floor held the library, music room, sitting room, a bedroom and the master suite. The upper floors held bedrooms, bathrooms and servant's rooms.

The Floor Plans Of The First And Second Floors. From "Architecture 1901" Courtesy of "Beyond The Gilded Age"


The interiors were some of the most sumptuous in city, with french antique furniture and rare vases and paintings. Aliss Stern had supervised the decoration of the home, as she and her husband intended to live their as well, and was said to have been handed a blank check by her father-in-law to cover the cost of the interior, which she planned to go all out on. She did a good job. 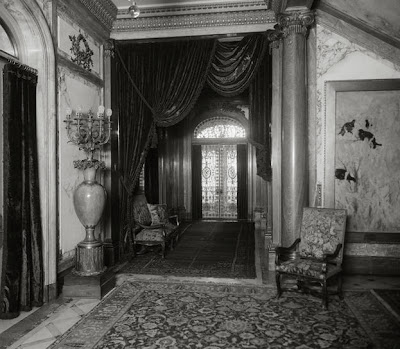 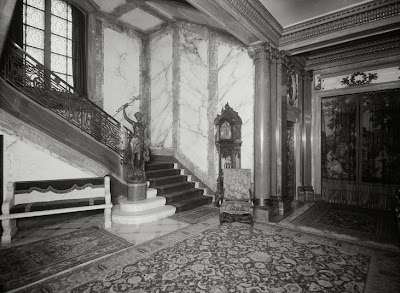 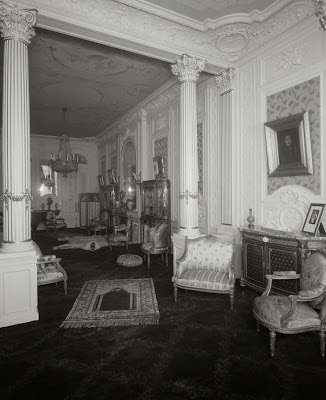 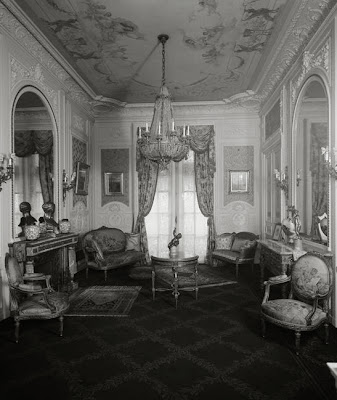 The Drawing Room Was Practically Two Small Parlors Connected Together, Both Rooms Had Their Own Fireplace, Chandelier And French Furniture 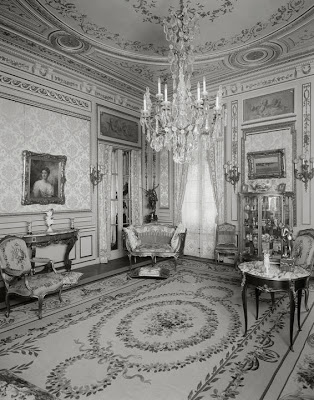 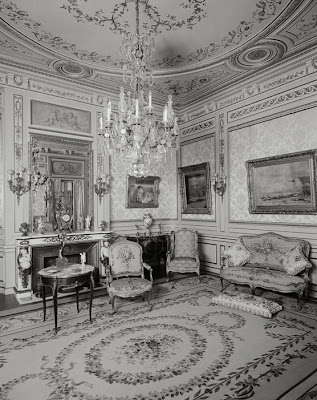 The Reception Room Was One Of The Most Formal Rooms In The House, With The Antique Gilt Furniture And Large Crystal Chandelier, It Was Used More As A Salon 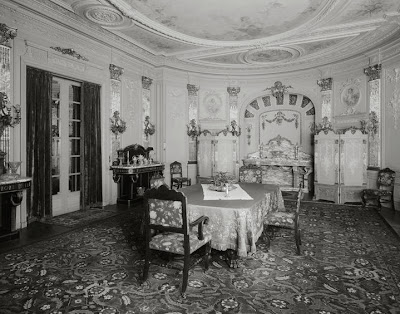 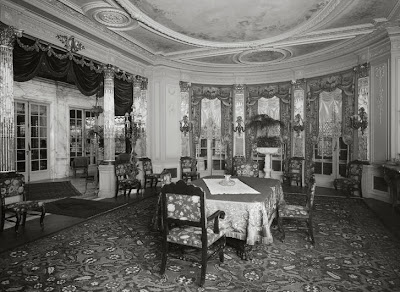 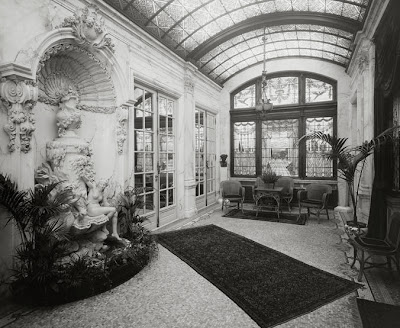 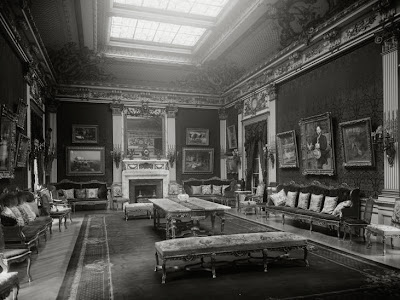 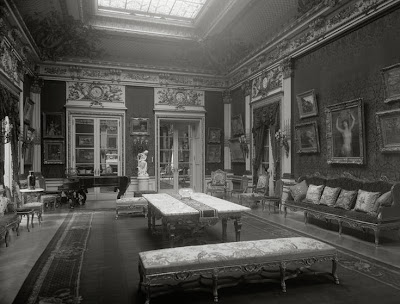 The Massive Ballroom Also Doubled As A Picture Gallery, Like In The Astor Mansion, And It Was Used For Large Balls And Events 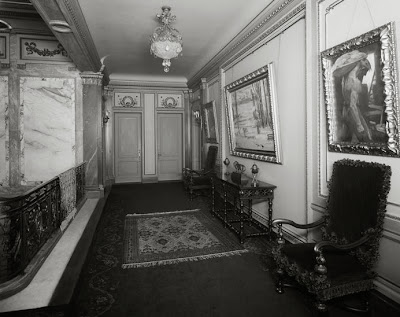 The Second Floor Hall Connected The Master Suite And The Family Rooms Together, It Too Had Marble Floors 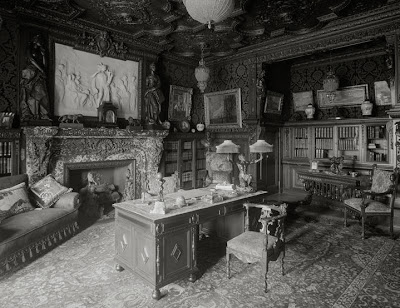 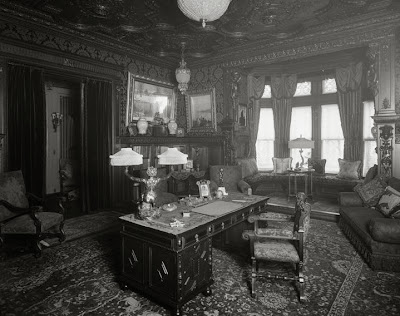 The Library Was Also Used As Living Room, Where The Stern Family Could Relax And Prepare For Their Next Party 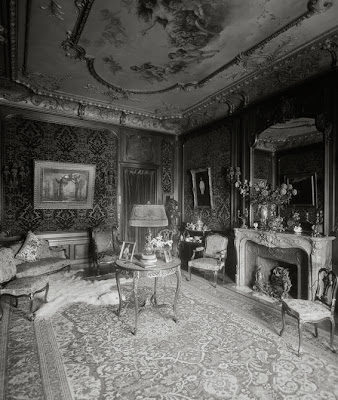 The Elegant Sitting Room Was Used By Both Guests And Family Members, Aliss Had Tea Every Morning Here 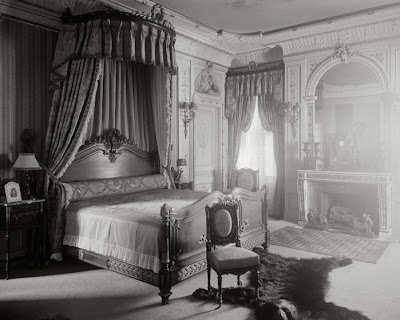 Louis Let Irving And Aliss Use The Master Suite, He Would Sleep In A Third Floor Room, And The Master Bathrooms. 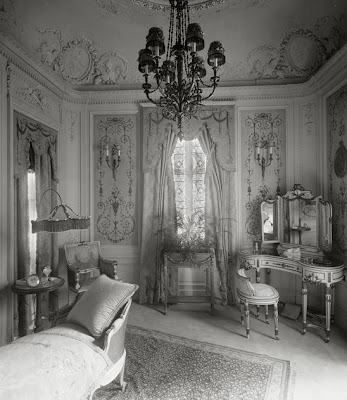 Aliss's Boudoir Was Where She Spent Most Of Her Time, Planning Events And Reading Her Favorite Books 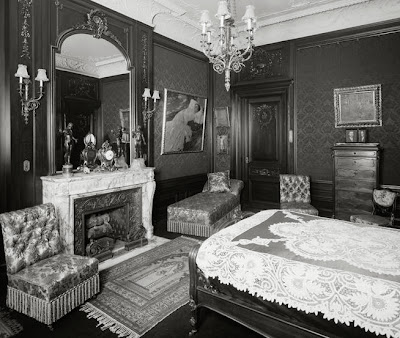 The Third Floor Bedroom Louis Slept In Had A Connecting Den, Breakfast Room, Bathroom And A Large Dressing Room 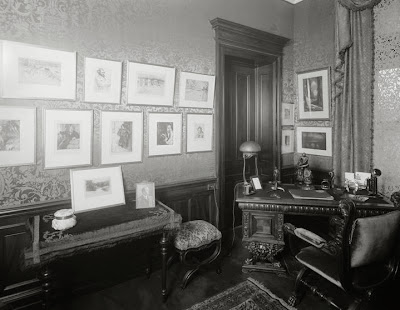 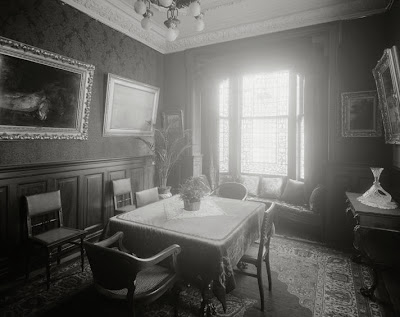 Louis's Connecting Den And Breakfast Room Was Where He Spent Most Of His Time, Working, Reading, Or Managing His Charitable Empire


Entertainments at the mansion were regularly held, with Aliss acting as hostess, and when they were held they were large. When he wasn't entertaining, Louis was running his giant charitable empire, giving hundreds of thousands of dollars a year. Besides charity he also gave generously to the Republican Party and even served as a delegate, without his support The National Republican Club wouldn't have had a home. 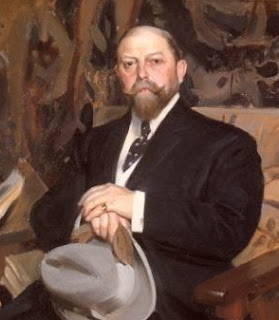 The Mansion Was Sold For $1 Million To Millionaire Art Collector Hugo Reisinger, Son Of A German Jeweler.

When Stern wanted to retire to his Long Island estate, he sold to estate to the Hugo Reisingers, who quickly moved in. Hugo hung it's walls with his large collection of German artwork and statuary. The ballroom was turned into an art gallery and was never used anymore for dancing. Shortly after moving in Hugo died, while having breakfast in his room. 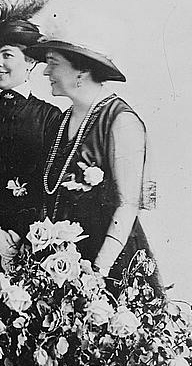 Mrs. Reisinger Was Left A Fortune Of Some $1 million By Her Husband On His Death, After Which She Quickly Went Out And Spend It

Hugo left all of his art to various museums and left his home and a fortune to his wife, along with several charitable contributions. She soon married Major Charles Greenough and they settled in at the mansion. 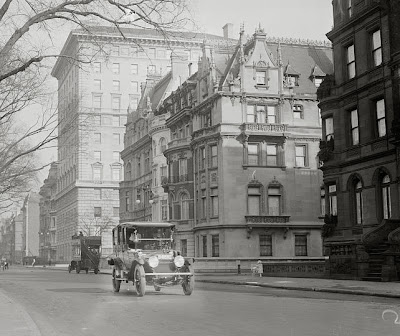 Mrs. Reisinger sold the mansion and settled into a cozy apartment in the building across the street from her. She had sold the townhouse to developers for some $3 million and had put all the furnishings (the same furnishings that had belonged to the Sterns who had sold them with the house) in storage. In 1929 the home was razed and replaced with another skyscraper. After Mrs. Reisinger's death the mansion's furnishings (still in storage) were auctioned off for some $50,000.