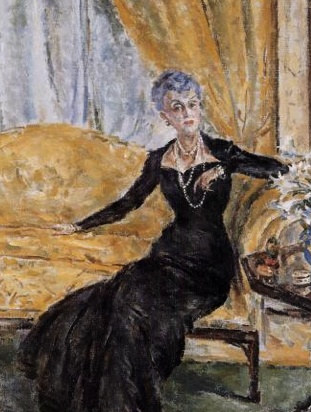 When Margaret "Daisy" Post Van Alen Bruguiére died at the age of 92 on January 20, 1969, at her Newport residence, 'Wakehurst', it marked the end of a fabulous and luxurious way of life. Mrs. Bruguiére was the end of her kind. A grand manner of life, a style of living, was now over. Mrs. Bruguiére's house was the last in Newport to value birthright above all else. As Daisy put it herself, in 1962, seven years before her death, "Wakehurst is the last 'properly' run [estate] left in Newport." Her death was the end...

From the 1940's till her death, Daisy Bruguiére held singular control over Newport and Washington DC society. One was never really in society unless one had been invited twice to Mrs. Bruguiére's home. The first invitation, to tea or lunch, meant nothing, it was only an chance for Daisy to survey the contestant to determine if a second would be sent. If the candidate was lucky enough to be sent a second invitation, it was most always for a dinner or ball. Mrs. Bruguiére's ball were most likely the grandest in Newport. Guests would arrive five minutes early and park their cars along the driveway, so that way they could enter Wakehurst right on time (Daisy never tolerated tardiness). A red carpet would be rolled out, and two footmen to greet the guests. Once inside, they would find their hostess in the long hall, gloved and her neck wrapped in oriental pearls, standing beneath her portrait. Daisy made it very clear that under no uncertain terms does she like the new short cocktail dresses, so her guests never dare to appear in anything less than a full-length evening gown. Dinner begins at 8:00 sharp. Cocktails are allowed, though in the long hall out of Daisy's sight. Smoking is also allowed, too, though also in the Long Hall. After dinner, there is dancing in the ballroom. The ballroom was perhaps the grandest part of Wakehurst. Since it was built, there has never been electricity in the ballroom chandeliers, along hundreds of candles to light it. The walls, much like the other rooms of Wakehurst, are lined with portraits and paintings of Van Alen ancestors and friends, who loom down on the younger generations. Tucked away in an anteroom, an orchestra plays as guests dance till dawn. 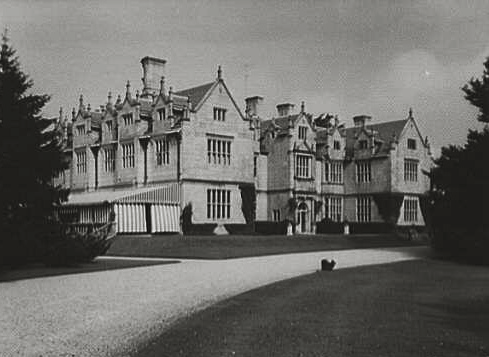 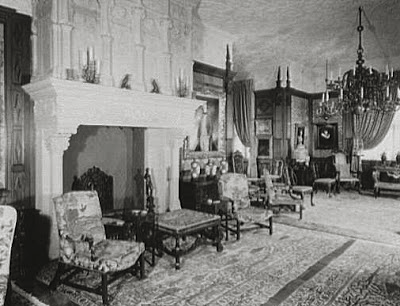 The Ballroom at Wakehurst. 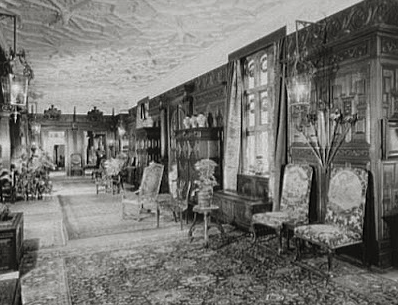 The Long Hall at Wakehurst.

Mrs. Bruguiére spent summers in Newport at Wakehurst, and winters were spent in Washington D.C. at her townhouse on New Hampshire Avenue. Daisy travelled between her two residences via private plane. Mrs. Bruguiére also rented a home in Palm Beach, Florida, and frequently visited her uncle, Frederick Vanderbilt at his Hudson Valley estate 'Hyde Park'. When Frederick Vanderbil died in 1936, he left both his Hyde Park estate and $10 million to Daisy, who was already a rich woman herself. Mrs. Bruguiére, not needing another home, decided to donate Hyde Park to the public at the behest of her good friend President Franklin D. Roosevelt, who lived nearby. In 1948, Daisy shocked her friends by returning from widowhood to marry yachtsman Louis Bruguiére, a somewhat impoverished heir to the founder of San Francisco's first bank. The couple lived at their numerous homes, spending the majority of the year at Wakehurst. Daisy's son, Jimmy Van Alen, was founder of the International Tennis Hall of Fame, and lived near his mother in Newport at 'Avalon'.

Daisy was notable around Newport for her lavender, if somewhat purple, hair, which she carefully dyed once a week. This, coupled with Daisy's imperious attitude, prompted younger Newporters to refer to her as "The Purple People-Eater", something which, if she ever knew about, would have probably smiled at.

November 27-30, 1969, an auction was conducted by Christie's in London of Mrs. Bruguiére's possessions and all the contents of Wakehurst. The grand portraits of Van Alen ancestors, the heirlooms dating back hundreds of years and Mrs. Bruguiére's fine jewelry and furniture collection were all sold (some to Jimmy Van Alen and his wife, Candy). When she died, Daisy was said to be the richest lady in Newport, with a $47 million fortune. Wakehurst was sold in 1972, and now serves as a dorm building for the Salve Regina University, who unfortunately removed most of the fine paneling in the ballroom. Despite all this, Mrs. Bruguiére's, Daisy's, legacy still remains in Newport. And Wakehurst, though stripped of the Van Alen's carefully collected possessions, still remains a monument to Newport's most regal leader and her imperious family.

To read more about Mrs. Bruguiére, called Aunt Daisy by most Newporters, please visit my Facebook page dedicated to her, Wakehurst and her family, "The Extraordinary Life of Daisy Bruguiére and Her Estate 'Wakehurst'", by clicking HERE. Please give us a like and show your support!

You can also visit my Pinterest board about Daisy Bruguiére and following it, by clicking HERE.

Also, to learn more about Daisy Bruguiére's Newport and the others like her, please join my Facebook group, "Newport ~ Queen of Resorts", which currently has over 730 members, by clicking HERE.