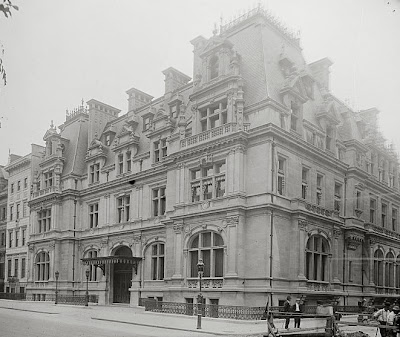 On a sunny, June day while in Newport Mrs. Caroline Astor offered her friend, architect Richard Morris Hunt, the commission to design and build a new house for her on a property she owned at the northeast corner of Fifth Avenue facing Central Park. The lot was unusually large, and since Caroline was getting on in age (she was pushing 80) and did not need that much space, it was decided that the home would really be a double home the corner half for her son, John, and the other half for her. 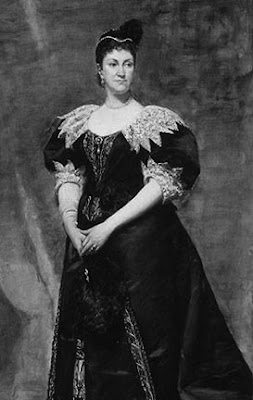 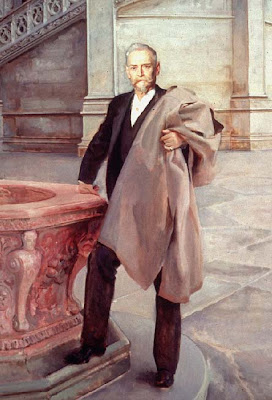 Caroline Was Know Simply as "The Mrs. Astor"
Richard Morris Hunt was called the Society Man

Hunt spent 3 months searching all over Europe looking for inspiration and finally decided on a early 16th century French Renaissance style chateau for Caroline's new residence. On the outside the mansion would look like one house but on the inside it would really be two divided right down the middle by a parting wall. Mrs. Astor demanded that their be a ballroom, so a large ballroom was added to the rear of the home that would be used by Caroline, although her son and daughter-in-law John and Ava would have access too it (that was the only way it would be big enough), but they preferred to use their inflated drawing room for their parties. 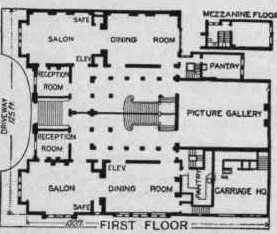 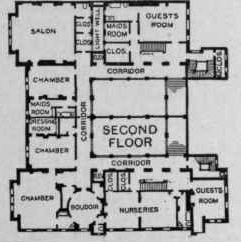 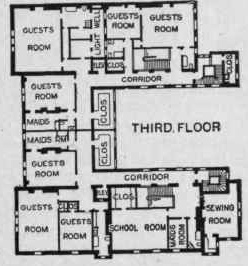 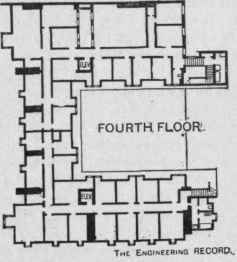 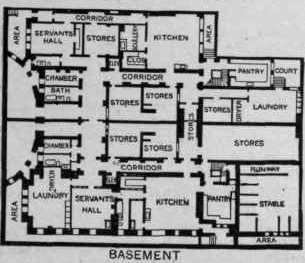 The beautifully crafted interiors were designed by Jules Allard and were all done in the French mode.  The ground floors of both homes were designed for entertaining and all of the rooms are suited for that purpose. The ground floors of both houses contained a large stair hall, small reception room, large drawing room (or salon), a dining room and a pantry, while the ballroom was at the rear. 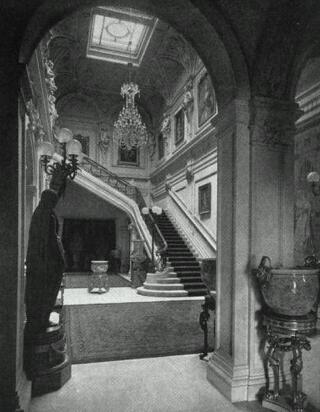 Mrs. Astor's Stair Hall, Where She Tragically Fell Down Its Staircase and Cut Her Head Open 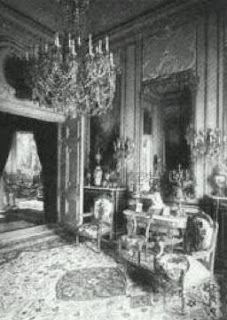 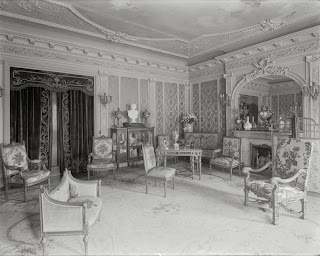 While Ava was playing bridge in the reception room, John would normally retreat to the drawing room, where he could read in solitude or play the piano. The drawing rooms were the largest of the entertaining rooms (not including the ballroom) and for John and Ava it was used as a ballroom (since the actual one was dominated by Caroline). 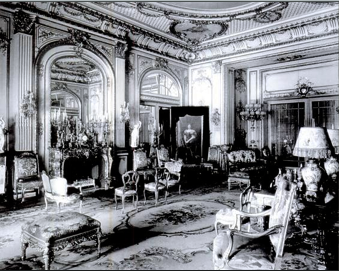 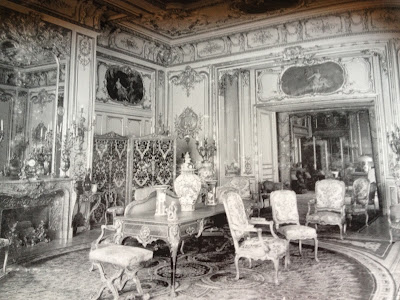 The Dining Rooms were the most detailed and decorated rooms of the house. Both rooms had dark oak paneling and decorative detailed ceilings. Also both dining rooms had several large tapestries and were capable of seating 200 people. 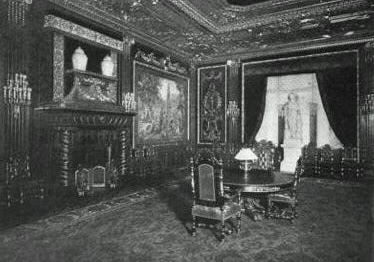 Mrs. Astor's Dining Room Housed A Statue of Venus That Was From Her Original House 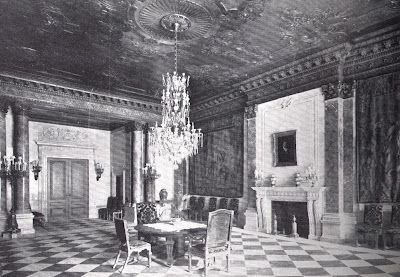 At the rear of the mansion was the ballroom. The ballroom, which also doubled as the art or picture gallery, was the largest room in the house and was furnished according to Mrs. Astor with furniture used from the old house, John thought it was old fashioned and would have rather furnished it otherwise. 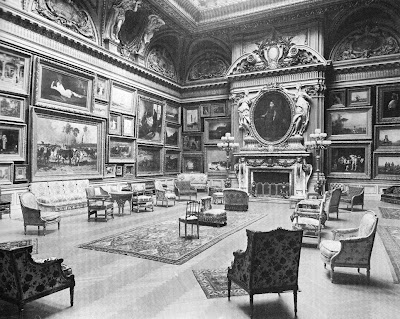 After the mansion was completed Mrs. Astor continued to entertain as lavishly as she always had, opening the house with her annual Patriarch's Ball. By the 1900's, though, Mrs. Astor was more of a shadow queen and although Caroline still held pride of place, society was mainly ruled by other such as Alva Belmont, Mamie Fish and Tessie Oelrichs. Mrs. Astor gave her last ball, her annual Opera Ball the start of the season, in 1904 and in 1907 gave her last dinner party. Shortly after that, one morning,  Mrs. Astor fell down her beautiful staircase and tumbled to the floor. Servants heard a loud thud and a great moan and rushed to find her laying flat across the floor, her halo of white hair soaked in a pool of bright, red blood. A hastily examining doctor discovered numerous deep cuts and gashes on her head; having refused to go to the hospital, Mrs. Astor bravely sat in a chair in the drawing room, tightly clutching the arms while the doctor stitched up her wounds. Although she recovered, Caroline was never mentally the same again and forever the large door of her marble palace were closed. Mrs. Astor's sharpness faded and her brain deteriorated, her doctors ordered her not to entertain anymore. Servants would Mrs. Astor wandering through her large palace greeting guests that weren't really there and hosting dinners and parties that didn't exist. The large staff of 26 people that ran her palace was cut to a skeleton crew of 6 which consisted of The cook, Hade the butler who had been with Mrs. Astor since 1876, Miss Simrock the housekeeper and three maids. Also attending to Mrs. Astor was her doctor and three nurses. Finally Mrs. Astor died in 1908, she left her side of the house to John along with her famous jewels. Most of her money went to her two remaining daughters some $1 million. 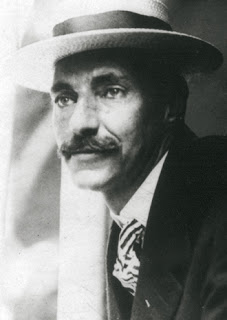 John Was Considered A Playboy

Promptly after Caroline's death, John and Ava divorced. Ava claimed parental custody of their daughter, Alice, along with a $3.5 million settlement, while John would have custody of their son, Vincent, and would retain all of their properties. Ava promptly moved to England and married Lord Ribblesdale. John also remarried, this time again to another great beauty, and society was shocked at who he picked. John, age 47, married Madeleine Force, age 18. Madeleine was considered by most to be an extreme beauty, her swan-like neck, silk-like brown hair, attractive face and perfect figure, and to top it all off was basically the opposite of Ava. John had met her at Bar Harbor and was immediately smitten with her and they were married shortly after in the ballroom at "Beechwood" the Astor's cottage in Newport. 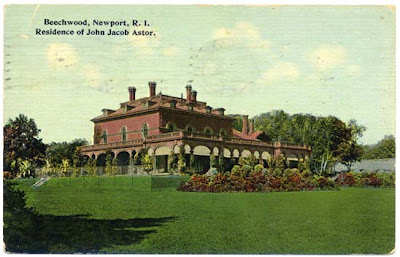 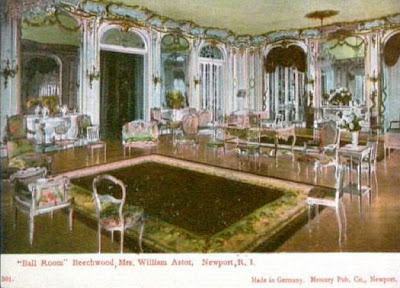 "Beechwood", The Scene of John And Madeleine's Wedding

Meanwhile, in New York City, John was having the architectural firm of Carrere and Hastings convert the double mansion into one giant residence for him and Madeleine. The total cost of the renovations was said to be $3 million.

This would be accomplished by removing the parting wall and replacing the double staircases with a large bronze-domed great hall and creating a smaller, less conspicuous staircase toward the back of the house. Later on, John decided to put a marble fountain in the middle. 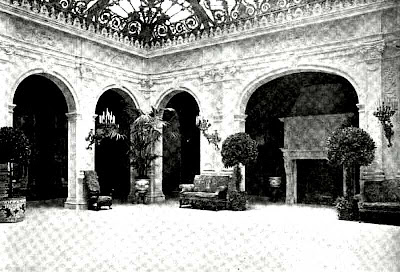 The Fountain That Was Latter Added 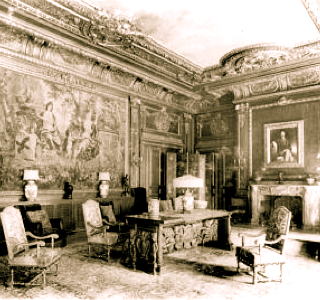 The Library, After John Had it Redone 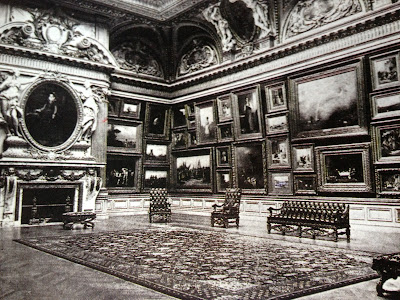 Another View Of The New Ballroom Published In A Newspaper

Meanwhile In Europe John and Madeleine were on their honeymoon, although they had to cut it short on account of Madeleine's pregnancy. While in Europe John had lavish on Madeleine with expensive gifts and jewels which made her look stunning (not to mention she had Caroline's jewels back at home all at her disposal). John booked a large suite of rooms on the brand new ship "Titanic" for him and Madeleine's return home. 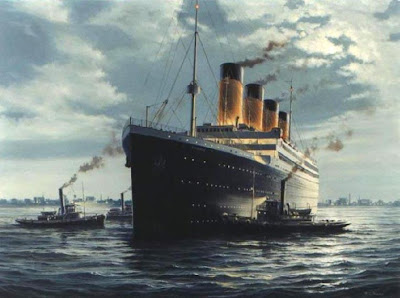 The Titanic Would Be Sailing On It's Maiden Voyage 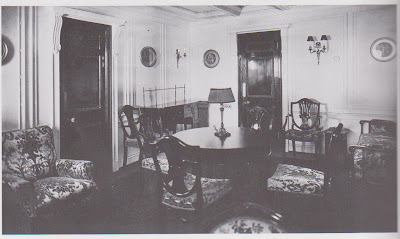 The Suite John Booked Contained a Sitting Room, 2 Bedrooms And A Bathroom

Sadly, though, the "Titanic" sank while on it's way to America. Madeleine survived, as did her maid and nurse, but John and his valet perished. Madeleine went into deep morning, visiting his grave daily, from which she emerged in 1915. According to the terms of John's will, Madeleine received $2 million outright and a $5 million trust fund. Madeleine also received the Fifth Avenue mansion and "Beechwood" cottage, all to be given up if she remarry. 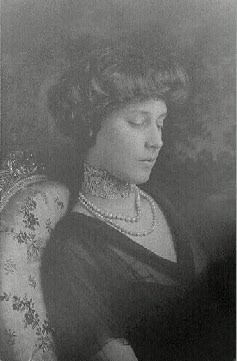 Since Madeleine did remarry (two more times to be exact) the property went to Vincent, John's son.  Vincent and his wife Helen were at first content to give an annual ball every year in the mansion in honor of Caroline. 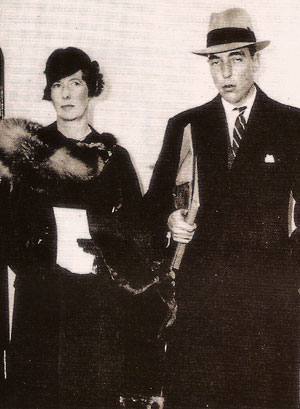 Vincent and His First Wife Helen

But by the time Vincent's third wife, Brooke, moved in Vincent no longer wanted the immense expense of maintaining a large New York City residence and he moved to a smaller residence, so the great house was boarded up and sat empty. As a tribute to his father, Vincent had John's bedroom and bathroom reinstalled in his new townhouse. 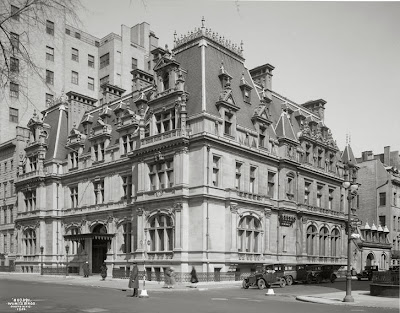 By 1925, Vincent had already sold "Beechwood" cottage and "Ferncliff" the Astor estate on the Hudson and now it was time for the Fifth Avenue palace to go too, which had been sitting empty for almost 1 year. It was sold and demolished to make way for the Temple Emanu-El, which occupies the spot today.