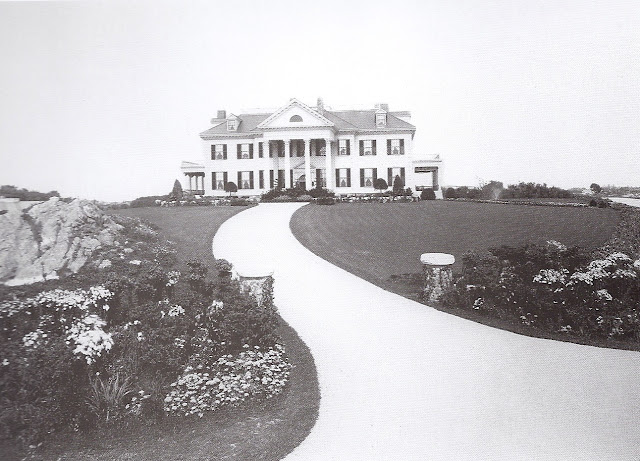 When Marion Graves Anthon Fish a.k.a. "Mamie" decided she wanted a cottage in Newport, she wasn't thinking of a French chateau or a French Renaissance palace, but a colonial estate, American through and through. This was surprising because most cottages were based off of European castles and palaces, but Mamie, as always, loved knowing she was doing something no one else would do, so she commanded her husband Stuyvesant "Stuyvie" Fish to build them a Newport estate. 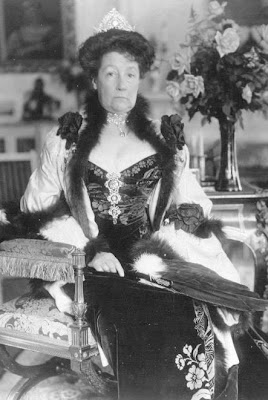 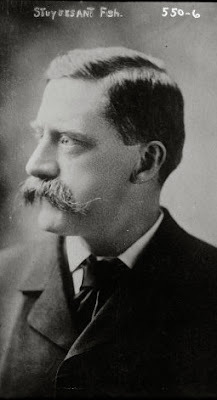 Mr. And Mrs. Fish Were One Of The Few Gilded Age Couples Happily Married, They Were Childhood Sweethearts

In the Spring of 1896, Stuyvesant began negotiations to purchase a large, elevated plot with views of both Bailey's Beach and Gooseberry Beach. Because  of Fish's shrewd negotiating, the plot had been acquired for only $11,000. But because of it's rocky topography (which no house could be built on) Fish had to acquire additional land. Unfortunately the owner of the land west of the property was asking a sum Fish felt was outrageous, so it took an additional 3 years of negotiations before the land was obtained. 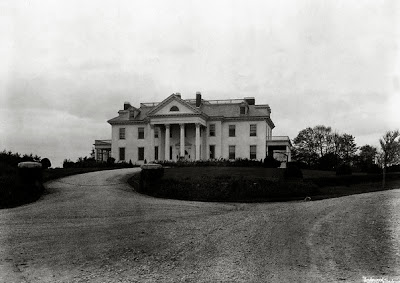 Mamie brought in Newport architect Dudley Newton to build a large colonial mansion (which she had already named "Crossways") on a budget of $100,000. Despite the small budget, Newton was still able to deliver Mamie's dream house and the Fish promptly moved in. The original floor plan of "Crossways" was centered around a large hall, the biggest room being the drawing room and the smallest being the alcoves on either side of the vestibule. 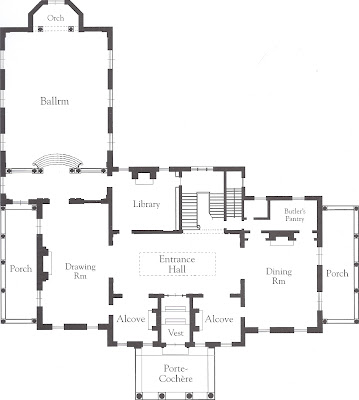 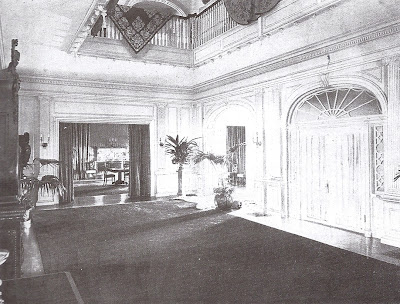 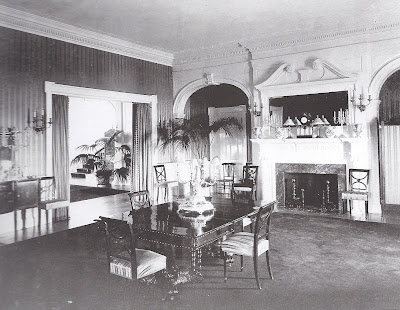 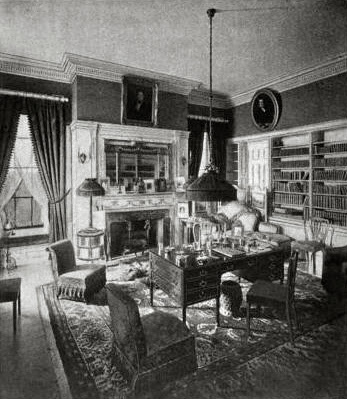 The Library Was Where Mr. Fish Conducted Business And Retreated From His Wife's Social Functions 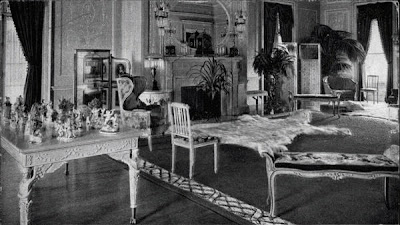 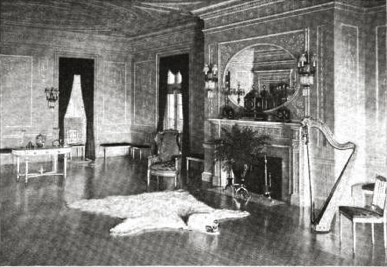 The Drawing Room Also Originally Doubled As A Ballroom And On The Floor Was Mrs. Fish's Famous Polar Bear Rug, Which She Brought To All Of Her Homes.

In 1913, with broadening social horizons, Mrs. Fish felt "Crossways" was just to small for her social position. To solve the problem, Mamie called in architect Joseph G. Williams to add a ballroom and servants wing at the back of the house. Upstairs additional servants bedrooms were added and more guests bedrooms were added. 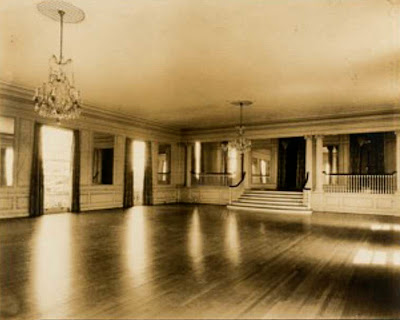 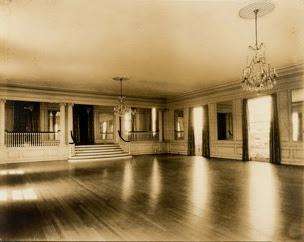 The Ballroom Addition, Added In 1913, Was The Scene Of Mrs. Fish's Annual Harvest Ball 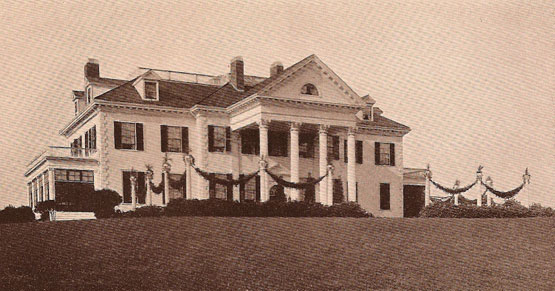 "Crossways" Being Set Up For Mrs. Fish's Harvest Ball, Held On The Lawn And In The Ballroom

With the home finally complete, Mamie was finally able to enjoy her Newport home and she gave several lavish parties during the social season. With every year, Mrs. Fish seemed to grow only more and more eccentric and her outrageous behavior was always reported by the latest gossip magazines. Once at the start of the new season Mamie greeted her guests with a "Well here you all are, older faces and younger clothes", another time Mamie, who had no trouble speaking her opinion, told her dinner guests that "Mrs. Roosevelt dresses on $300 a year and looks like it too!". Mamie seemed unable to use any self control. Once in Newport, Mamie decided to take her new automobile for a spin and while driving around in the city, ran over a man walking across the street. The poor man barely had time to get up before Mamie put her car in reverse and ran over him a second time. The going forward again she ran over the guy a third time, then drove off without even asking if he was okay. 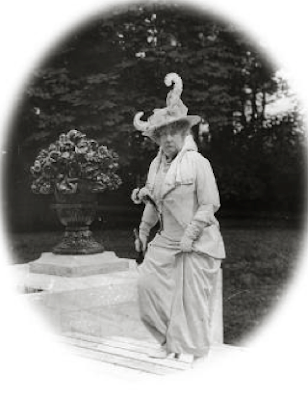 Mamie In Later Years, Just As Witty And Sharp As Ever


Sooner or later Mamie's mouth was going to get her in trouble and eventually it did when she had a run on with railroad magnate E. H. Harriman. 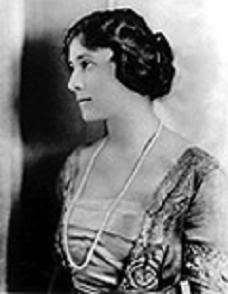 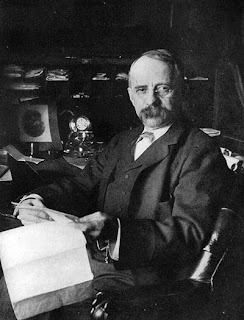 E. Harriman And Wife, Mary, Who Were One Of The Many Victims Of Mamie's Harsh Tongue

E. Harriman had worked with Stuyvesant Fish for many and they were good friends, so it was expected that he turned to Stuyvesant and Mamie and asked them to help him and his wife get excepted into society. It would have been very easy for Mamie to help them get into society. But instead of help them, Mamie flat out snubbed them into society. At a dinner party Mamie even had the nerve to go up to Mary and tell her that her husband only married her because of the way she looked. Mary came home in tears and told her husband everything Mamie had said. Edward launched a successful campaign to remove Stuyvesant Fish from his position of almost 30 years as President of the Illinois Central Railroad in revenge of Mamie's rude comments and snubbing. 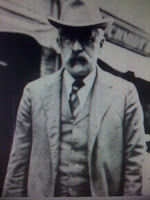 By 1915 Mamie wasn't making rude comments or snubbing anymore, her mind was deteriorating, although she still was just as eccentric as she always had been. On her last day alive she spent the day wandering around "Glenclyffe" the Fish estate in Garrison, still bossing around Stuyvesant and the other servants, just as usual. When Mamie died, she was surrounded by Stuyvesant, her three children, and the servants who had served her so faithfully over the years (despite her eccentric requests and harsh punishments). Stuyvesant continued to live at their three homes until his death in 1923. Upon his death the home was sold to Mrs. Morris De Peyster. It was later on converted into condominiums. 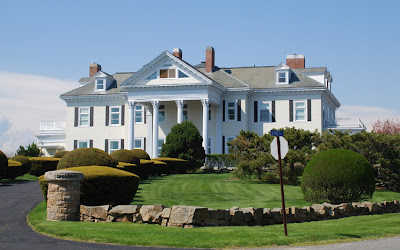 "Crossways" Today Nothing Remains Of The Original Interior