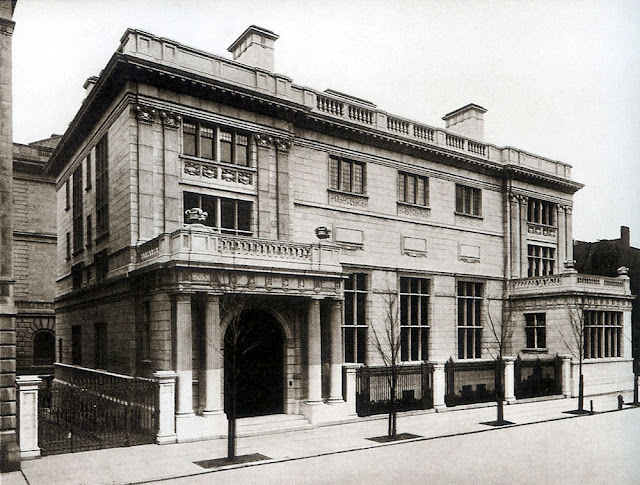 In 1914 millionaire Arthur Curtiss James commissioned the architectural firm of Allen & Collens of Boston to design a large mansion on a 80 by 110 foot plot formerly occupied by the old Union Theological Seminary for him and his wife, Harriet. The mansion would not fill the entire plot allowing for a small garden on the northern side. 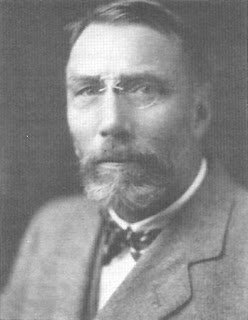 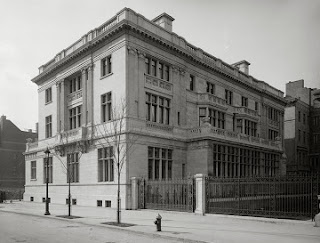 The Mansion Would Be The James's Main Home And Their Favorite Home, Thus It Had To Be Just Right

It was said that while Allen & Collens built the house, James supervised ever detail and even came up with the floor plans himself. 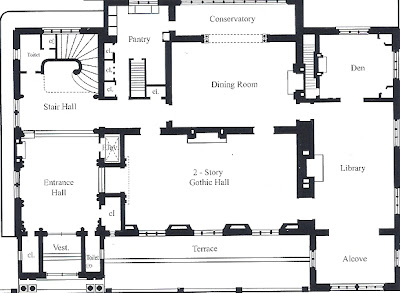 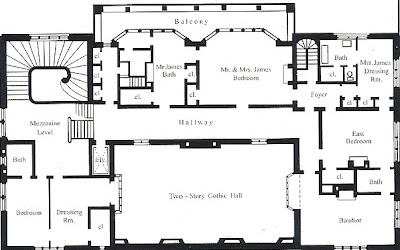 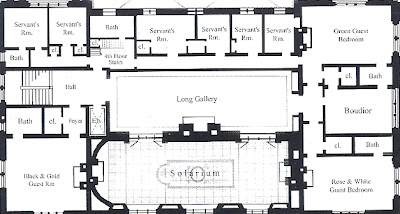 First Floor (Top), Second Floor (Middle) And Third Floor (Bottom), The Floor Plan Was Designed Around The Large Great Hall
The interiors were also supervised by Mr. James, although more so by Allen & Collens. They were done in the English Renaissance style with the exception being the gothic great hall. Guests would enter through a single storey vestibule into a large entrance hall. From the entrance hall guests would be led to the largest room in the house the great hall. 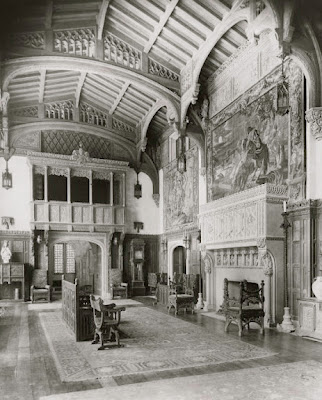 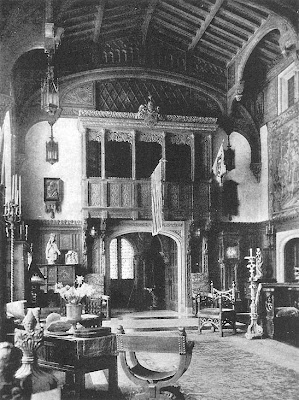 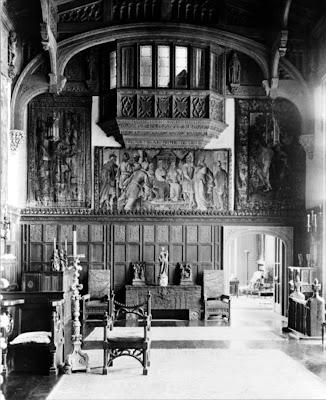 The 2 Story Great Hall, Which Doubled As A Ballroom On Occasion, Was Done In A Very Gothic Style 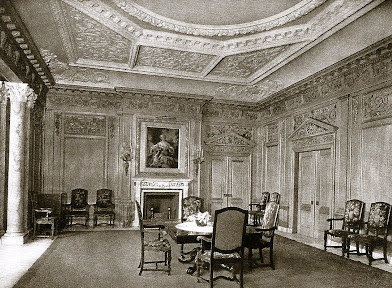 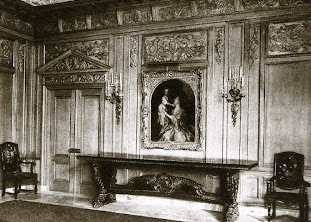 The Dining Room Was Done in Beautiful Carved English Limewood With Marble Floors, The Portrait On The Mantlepiece Was a Reproduction Painting From The Palace Of Versailles And The Chairs Were Copies Of The Ones On Mr. James's yacht 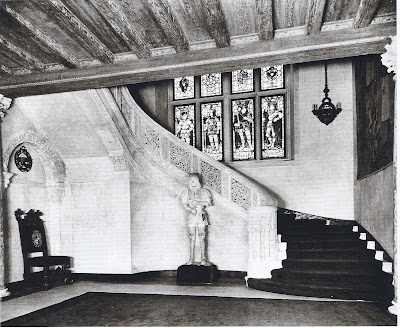 The Stair Hall Was Done In Tennessee Marble With a Large Stained-Glass Window And A Wool Tapestry Decorating The Walls.

The home, when completed, had cost James $1 million although this did not bother him at all for he had a fortune of some $26 million and controlled numerous railroad lines. Besides their New York City residence the Jameses also had a estate in Newport called "Beacon Hill" famous for it's blue gardens and estate in Florida and on the Hudson. 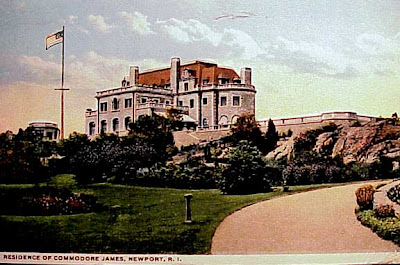 The James's also had a large yacht, which they sailed constantly, named "Aloha". It commanded a crew of 39 people and was considered one of the most luxurious yachts in the world. The James relied on it to get them to their estates. 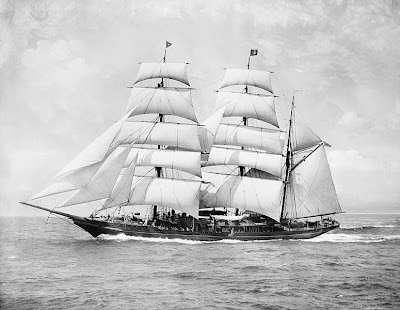 In june 1941, James had a fatal heart attack and he died in New York City, just three weeks after his wife's death. In his will he left %10 of his fortune to his nieces and nephews while the rest went to charity. The mansion was demolished soon after to make way for a large apartment tower.