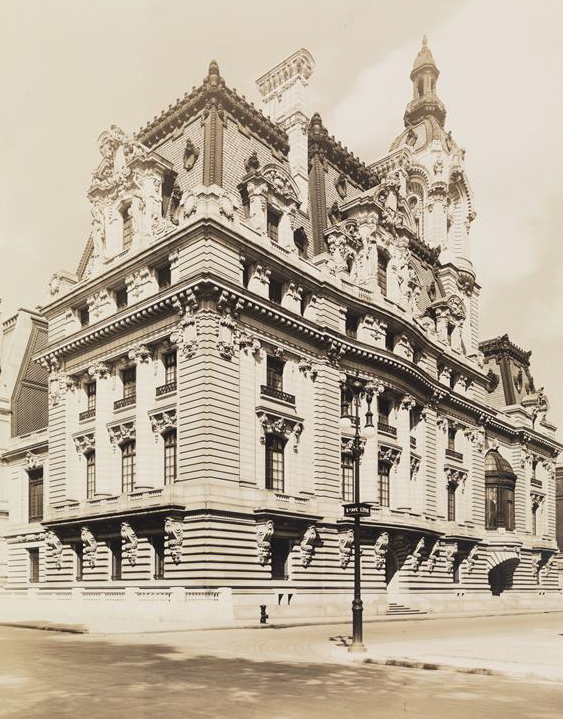 With his business interests booming, Senator William A. Clark decided to move his business empire to New York City. Upon arriving, Clark felt that the New York townhouses already standing were too shabby for him to live in, so he decided to show everyone how to build a true palace worth living in. He called up the firm of Lord, Hewlett & Hull to draw up plans for a massive mansion occupying the corner of 960 Fifth Avenue, which would cost $7 million. After the plans were submitted, Clark sent them to Henri Deglane in Paris for further embellishments. 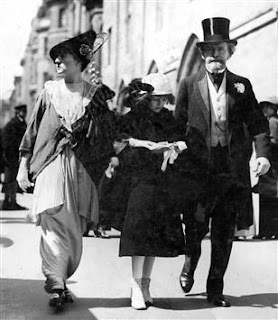 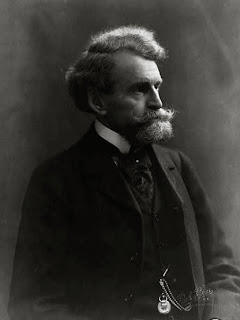 William And His Wife, Anna, Were Said To Have Enjoyed An Income Of Almost $10 Million And Yearly Spent $3 million

When it was completed, the mansion was one of the largest in the city, with over 100 rooms and 6 stories. The mansion had taken 13 years to complete and was, at the time of it's completion, considered to be outdated and gaudy. Nevertheless, William didn't care what the public thought, like most millionaires, and he promptly moved in, along with his large family and even larger art collection. The floor plan of his palace was quite different compared to other millionaires' homes and was sort of an odd clump of rooms, and most importantly, according to Mrs. Charles B. Alexander, there was no ballroom. 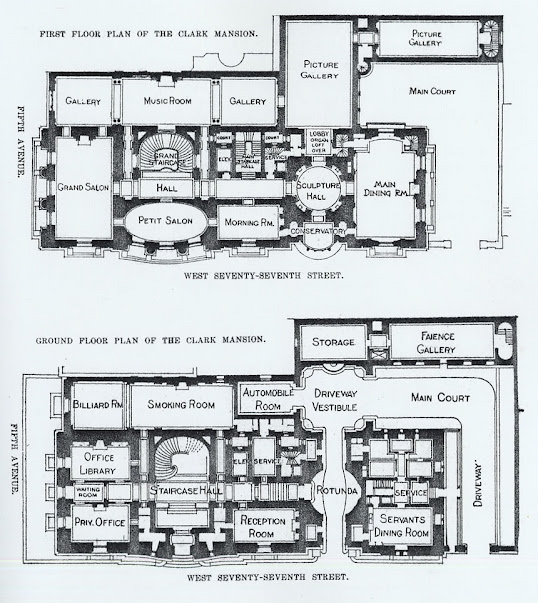 The ground floor was dedicated more toward the servants, comfort and storage, while the second floor house the main entertaining rooms. The remaining floors held several bedrooms and servant's rooms. In the basement were the kitchens, pantries, servant's spaces, a wine cellar, garage, cold storage plant, the furnace and a swimming pool. Mr. Clark made sure of one thing in his house, that there be plenty of space to house his art collection. 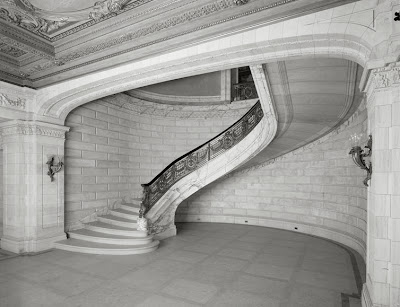 The Grand Staircase Was Done In Decorative Stone And Had Iron Railing Imported From France At A Cost Of $1,000 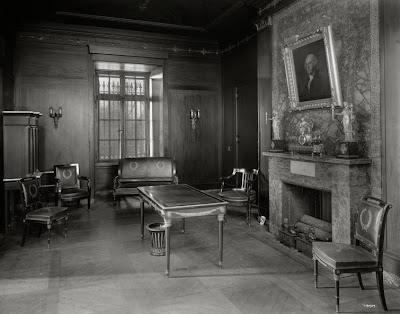 On The Fireplace In The Reception Room, Which Was Done In Marble, Was A Portrait Of President George Washington 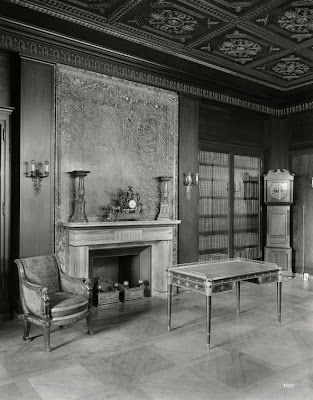 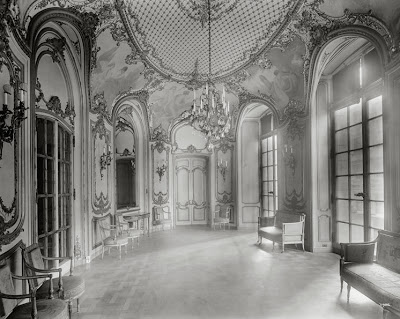 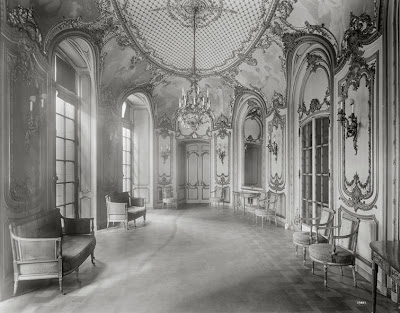 The Petit Salon Was Mrs. Clark's Favorite Room And It Was Also Were She Had Tea Every Morning Right After She Woke Up 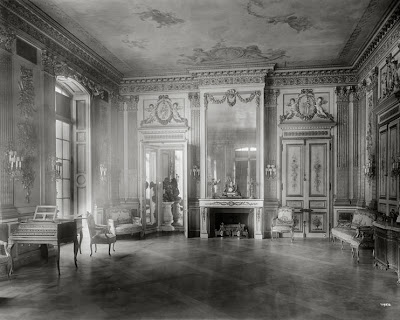 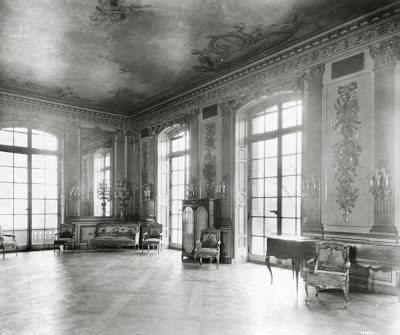 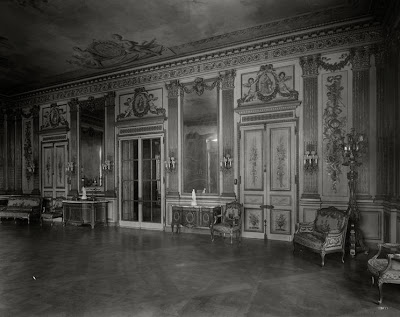 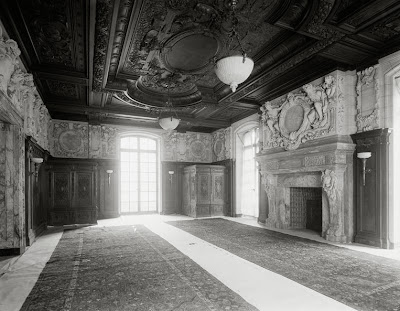 The Dining Room Was Practically A Small Banquet Hall, It Could Seat 75 People And Was Also Used As A Dance hall For Small Occasions 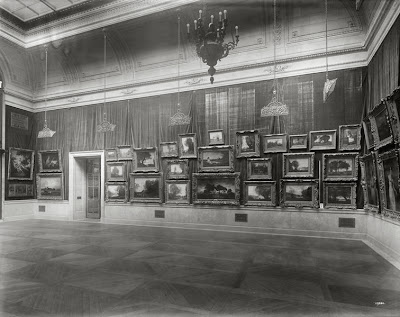 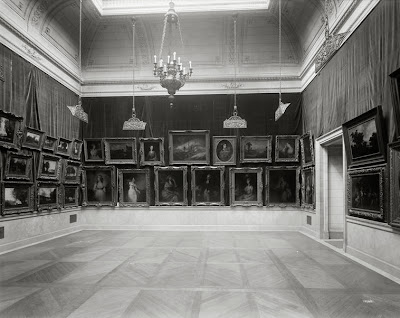 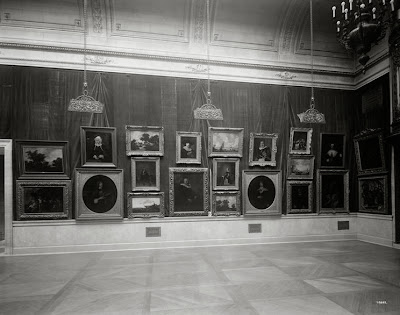 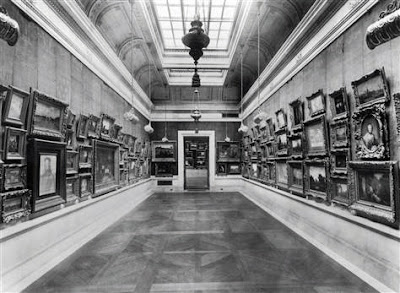 The Small Picture Gallery held Most Of Clark's Collection Of Small Paintings, Portraits And Landscapes 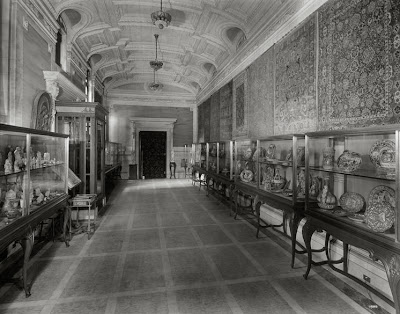 William A. Clark died in 1925 and the mansion was the scene of his spectacular funeral. Clark's fortune of $100 million was left to be shared by his large family, each getting around $10 million. The Family quickly decided to sell the $7 million mansion and donated it's large art collection to Corcoran Gallery in Washington, along with a $3 million bequest. Mrs. Clark moved into an apartment with her daughter, Huguette M. Clark, in a nearby apartment building at 907 Fifth Avenue on the 8th floor, they later purchased the entire floor. 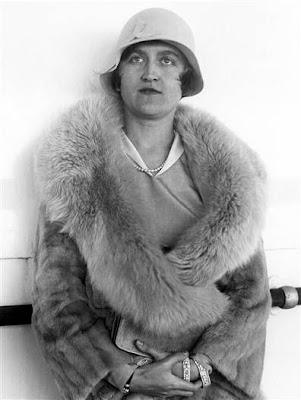 Huguette In Time Began To Distrust Her Family And Thought They Were After Her Money. When Talking Business, She Spoke Only In French

Huguette had been the favorite child of William A. Clark, she was also his youngest, and when he died she had inherited $20 million, instead of the $10 million her siblings had inherited. She managed her estate brilliantly and on her death was said to be worth $50 million. Huguette was very eccentric and was considered a recluse. She had a large and prized doll collection and would play all day with her dolls. 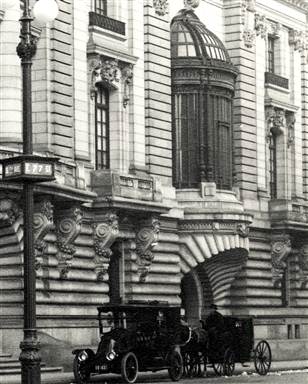 One Of Huguette's Last Visits To The New York City Mansion, By Now Being Dwarfed Be Oncoming Commercial Invasion

Huguette sold the furnishings for an additional $3 million and sold to home to developers, who demolished the home and replaced it with an apartment building. Huguette M. Clark died on March 24 2011 at the age of 104.
Posted by Tyler Hughes at 7:31 AM