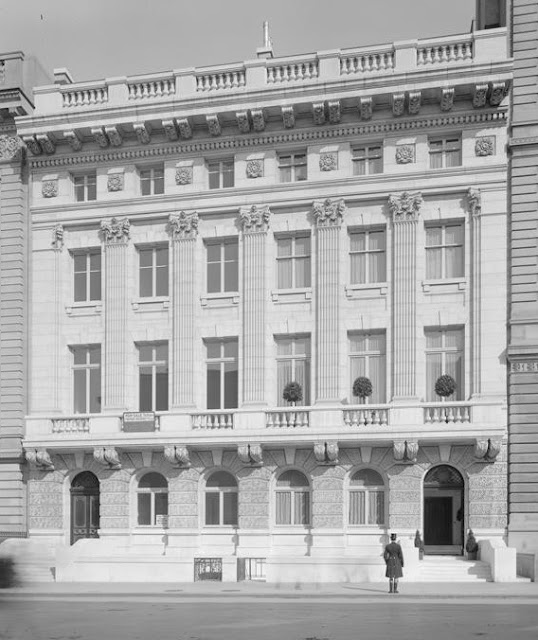 In 1900, millionaire George Vanderbilt purchased a large lot, formerly occupied by the Roman Catholic Orphan Asylum, that was diagonally opposite his mansion, where he planned to erect two fine townhouses. Vanderbilt had purchased the lot in an effort to protect the area from commercial invasion, because already a developer had expressed interest in the lot as the site of his new apartment building. 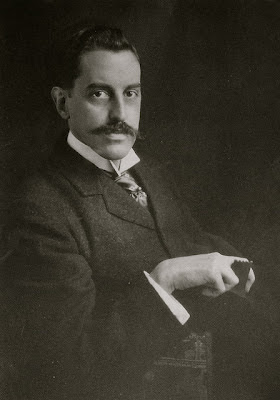 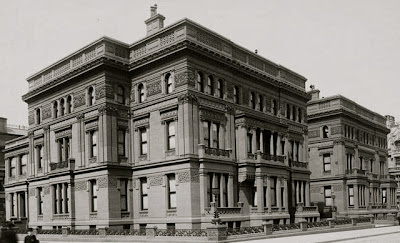 George Vanderbilt's Mansion Was Part Of A Triple Palace, The Other Side Was Divided In Half And Shared By His Two Elder Sisters, Margaret And Emily

George commissioned the architects of Hunt & Hunt, sons of famed architect Richard Morris Hunt, to design the homes. The homes would both be made to mirror each other and designed as a double house. When completed, the entire cost of the project totaled $100,000 ($2.7 million in today's money). Because of the all marble exterior, the homes were nicknamed "The Marble Twins". 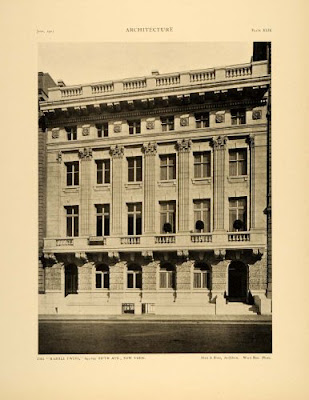 Shortly After It Was Completed, An Architecture Magazine Published The Photo Above In One Of Their Magazines

The exterior was very grand and decorative, although the same could not be said about the interiors, which were called dull and plain. On the ground floors were the reception room, main hall, stair hall, dining room and the service pantry. The second floors held the drawing room, library and the hall. The third floors held his and her master suites, each with their own bath and dressing room, the den, guest room and the hall. The next two floors held guest and servant's rooms, while the basement held the kitchen, laundry room, a vault and more servant's rooms. 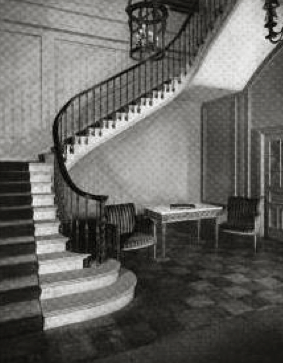 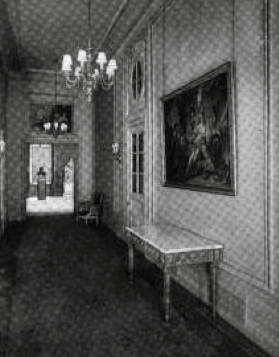 The Interiors Were Rather Simple Compared To The Other Vanderbilt Mansions In New York City, Although They Were Likely Changed When Vanderbilt Began To Rent Them Out 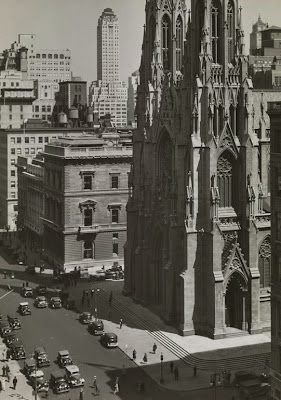 On All Sides Buildings Were Being Constructed, On One Side Morton F. Plant Erected His Mansion, The Other Side Became The Site Of The Union Club 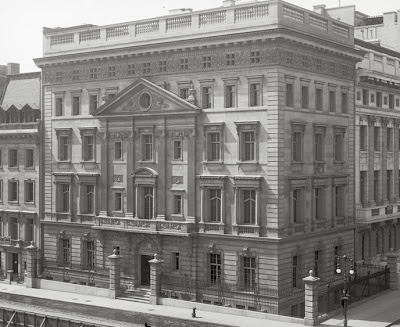 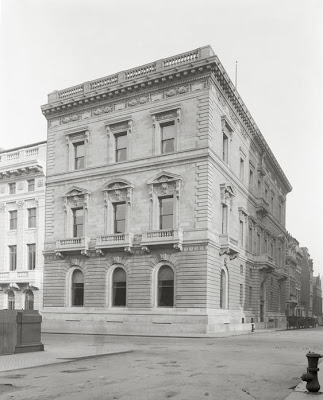 The Union Club Also Made It's Home Beside "The Marble Twins", Today The Spot Is Occupied The Olympic Tower

In 1911, when Fifth Avenue was widened, Hunt & Hunt were called in again to perform the renovations, costing a total of $12,000. Soon after, in 1914, Elsie Goelet filled for divorce against Robert and moved out of 647, eventually marrying Henry Clews Jr. Robert temporarily closed down the townhouse, but he soon was back in residence a year later. 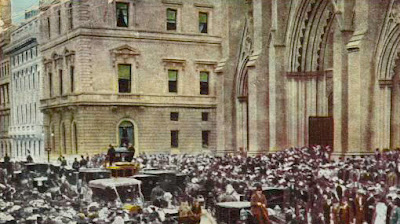 "The Marble Twins" Were Still Being Occupied By The Same People As They Always Had, But By 1916 Things Were Changing 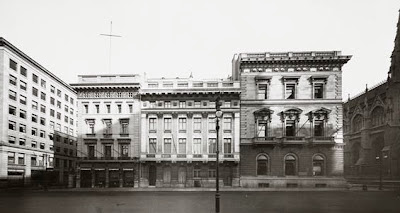 The World Around "The Marble Twins" Was Changing, Starting With The Death Of George Vanderbilt In 1914

In 1916, Morton F. Plant, sick and tired of the commercial invasion surrounding his mansion, sold his mansion to Willie K. Vanderbilt and moved to a large townhouse far up the avenue, near the Central Park. Vanderbilt had no choice but to lease the mansion to the jeweler Cartier, who eventually bought the building. 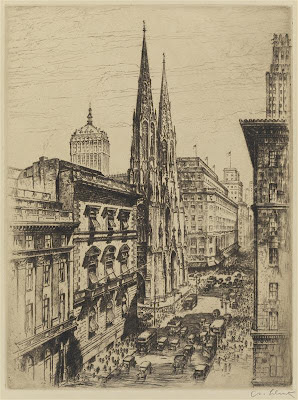 Commercial Invasion Had Completely Swamped The Area Around "The Marble Twins", The Fine Townhouses Each Being Replaced By Skyscrapers 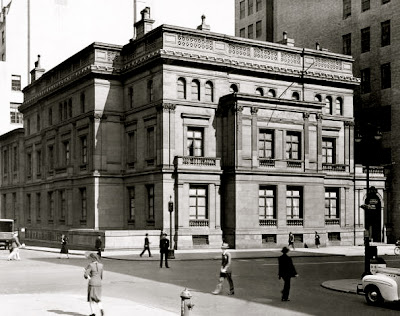 By The 1930's The Only Private Residence Near "The Marble Twins" Was George Vanderbilt's Mansion, Occupied By George's Niece And Nephew, Grace And Cornelius

Robert Goelet had permanently left 647 in 1916 and it was then leased to Gimpel & Wildenstein for $36,000 a year. They added another floor and made several other renovations, totaling $140,000. The house was then renovated again in 1938, which made it a "Dignified but architecturally attractive commercial building".  In 1945, 645 was demolished to make way for The Olympic Tower. Also demolished was the Union Club. 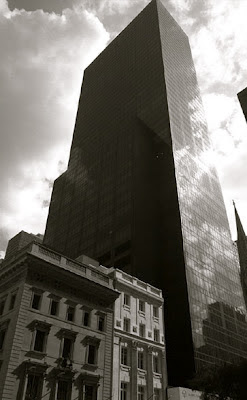 The Olympic Tower Towered Over The Plant Mansion, 647 And St. Patrick's Cathedral, All Of Which Stayed On Strong

Today, The Plant mansion and 647 continue to survive. 647 now houses Versace and it remains somewhat intact. The Plant residence still houses Cartier, which continues to maintain it well.

The Plant and Vanderbilt residences are both survivors and are a few of the remaining remnants of the long gone era known as The Gilded Age.