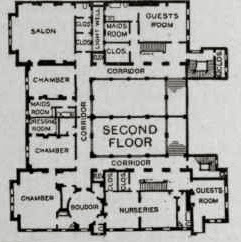 In The Shadows of Skyscrapers

For over fifty years ~ ever since the 1880's ~ the Vanderbilt family and their homes dominated Fifth Avenue. Starting with William Henry Vanderbit's colossal brownstone triples at 640 Fifth Avenue, designed for him and his daughters, and ending with Florence Twombly's 70-room palace at the corner of 71st Street and Fifth Avenue, the last private home built on Fifth Avenue. The Vanderbilts brought to America a new standard of living; one of complete luxury and excess. The homes they built, the parties they gave, the money they spent, all helped to create the American society of today as we know it. When Alva Vanderbilt, the Mrs. William K. Vanderbilt, gave her infamous costume ball at her 660 Fifth Avenue 'petit chateau', it was the start of a never-ending flow of parties, events, dinners, balls, galas and any other form of entertainment; all of which would earn them the name of "America's Richest Family" and launched them into the top drawer of High Society.

The most legendary of all the family's New York homes was by far the mansion of Alva's eldest brother-in-law, Cornelius Vanderbilt II, the workaholic head of the House of Vanderbilt. He and his former Sunday school teacher wife, Alice, had commissioned George B. Post and Richard Hunt to design their castle, a 130-room palatial fortress occupying one entire block, it still today being the largest home to ever have been built in New York. By the 1920's, with new taxes, a depression, world wars and a severe servant problem, it was becoming nearly impossible to maintain a large New York City mansion. The first to go, quite surprisingly, was Alva's 'petit chateau' in 1926. By that time, the former mansion-stretched Fifth Avenue had now turned into a futuristic, tower-filled commercial empire, casting what remained of the Vanderbilt mansions into the shadows of their neighboring skyscrapers. Here are some of those family's great mansions in the shadows of skyscrapers:

The 6 Villard houses are amongst the most famous of New York City mansions. Having the benefit of being designed and built by legendary architect Stanford White and his associates, it still stands today, in the shadow of the skyscrapers that surround it. Henry Villard ~ then president of the Northern Pacific Railway ~ built the residences. On the outside, the home appear as one large mansion, much like the Astor mansion on Fifth Avenue, but on the inside are 6 separate, comfortable townhouses, all situated around a large court. Villard took the largest of the 6, his residence occupying the entire right wing.

Before the home was completed, Villard's railroad empire crashed and left him a broke man. He sold the home to Republican politician Whitelaw Reid, who finished the home and moved into the wing. Reid, who had recently been the vice presidential nominee for Benjamin Harrison's reelection campaign, also had an 1,000 acre estate in Westchester, 'Ophir Hall'.

The wing remained in the Reid family until 1935, later serving several different uses during World War II. It was purchased by Harry Hemsley in 1974. Hemsley, who constructed the New York Palace Hotel behind the houses, had purchased the homes as part of a hotel-developing scheme. He soon carried out his idea and the houses became part of the behind hotel.

In 2003, the houses were restored and office space for provided for the city preservation group The Municipal Art Society, all part of an agreement to save the houses from demolition. The houses, today, serve as a landmark to New York's former Gilded Age self. 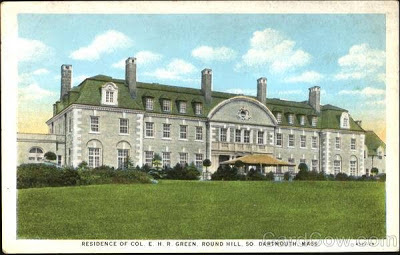 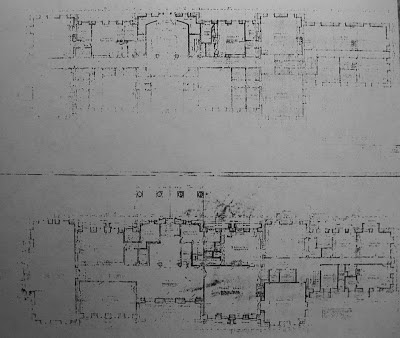 The estate was sold by MIT in 1964 to the Society of Jesus of New England. It passed through numerous hands, eventually ending up in the hands of a local woman, Gratia R. Montgomery, who sold the estate to it's current owners, who have turned the main house into condominiums. In 2007, it was announced that they would be demolishing the giant antenna. Later that year, the antenna came down.
Posted by Tyler Hughes at 8:25 AM 66 comments: 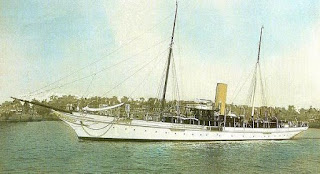 A circa 1900's postcard of the Cornelius Vanderbilt III steam yacht, "North Star", which at 256-feet in length became the epitome of this class of American luxury craft (Robert Bruce). It is pictured here in the harbor at Newport, RI.
Posted by Tyler Hughes at 9:34 AM 13 comments:

FOR RENT: 'The Ledges' Carriage House 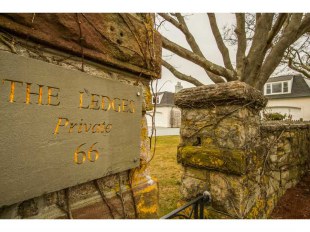 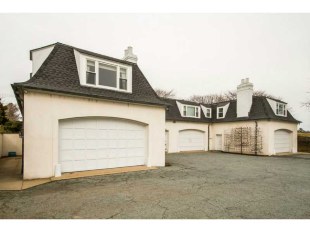 Here is the link, if anyone is particularly interested. You all may remember a few months ago when the main house was available for rent ~ $50,000 a month. 'The Ledges' is one of the most beautiful homes in Newport, one of the few homes still left in the original family's hands. To read the listing, please click HERE.