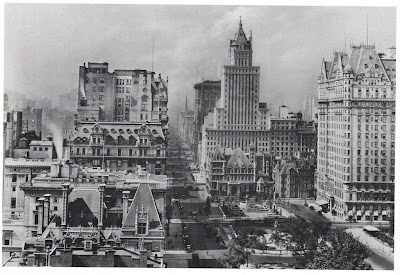 In the early 1890's millionaire Cornelius Vanderbilt II commissioned a block long renovation to his already large New York City mansion that changed the world's view of the Vanderbilt's forever. In 1883 Vanderbilt had had a large townhouse built on the corner of 57th street that could suit him and his large family comfortably. But by the 1890's he felt that others were trying to trying to outdo him and his family, so he commissioned society architect George Post to build him a block long mansion and Richard Morris Hunt as advisor. 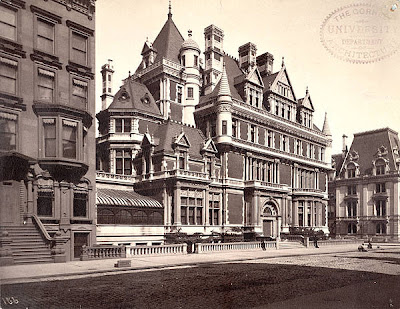 
When it was completed, it extended the entire block of 57th street giving it a superb view of the Pultizer Fountain and was the largest house ever constructed in New York, a title which it still holds today. 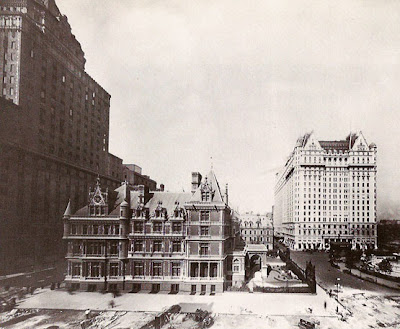 The Mansion extending the entire block

Although the family entrance remained on the west side there was a new formal entrance on the east side with a large porte cochere. The floor plan of the house shows that tthe rooms on the first floor were centered around the large great hall and ballroom. Upstairs were the numerous family bedrooms and guest rooms along with the play room and servants rooms. 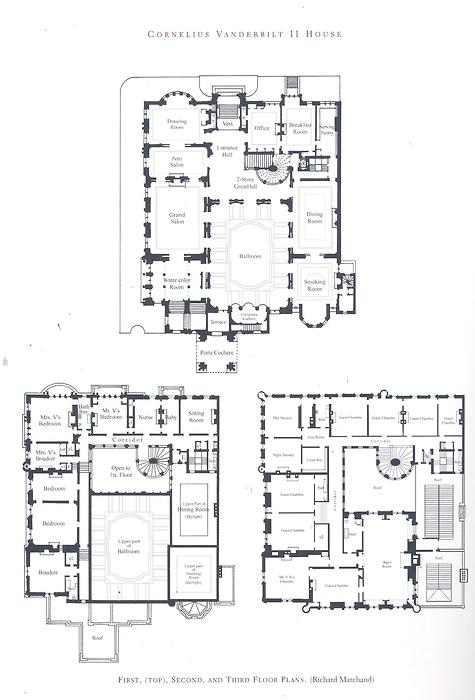 The interiors we done by the famous interior design firm of Julus Allard and filled with the family's large collection of french rococo style antiques. From the formal entrance guests walked into a stone  vestibule and were led up stone steps to the water color reception room. 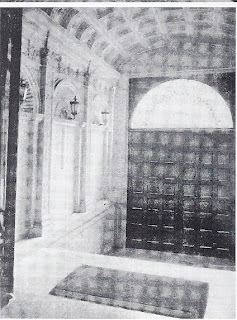 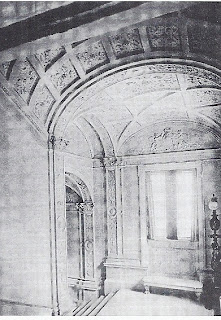 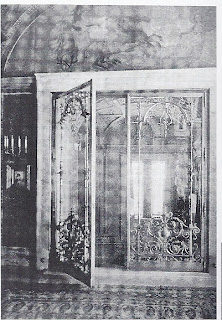 The water color room was basically a reception room where formal guests would wait to be greeted by the Vanderbilts, on the wall is a photo of Mrs. Vanderbilt in her younger years as well as water color paintings. 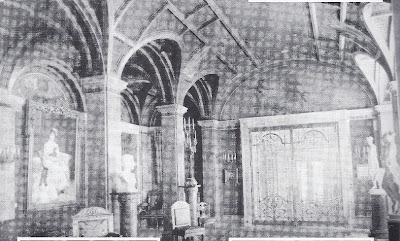 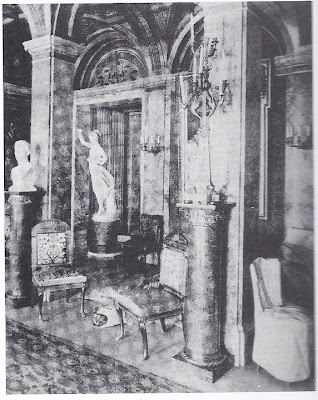 Through the family entrance guests entered the Great Hall. The Great Hall was done with caen stone and had a beautiful spiral staircase. 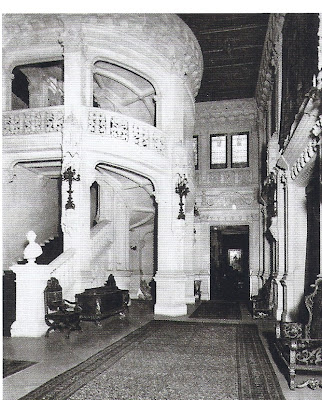 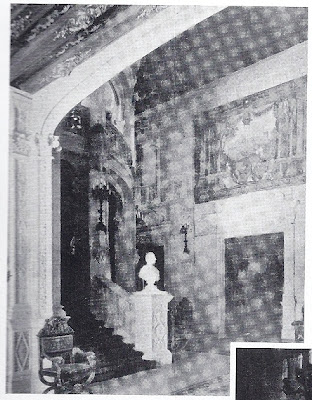 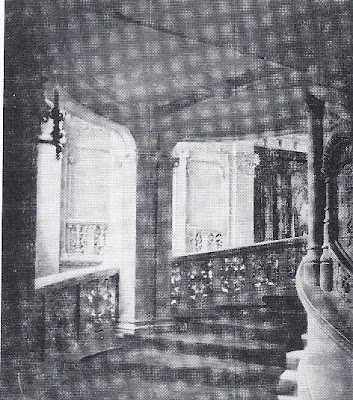 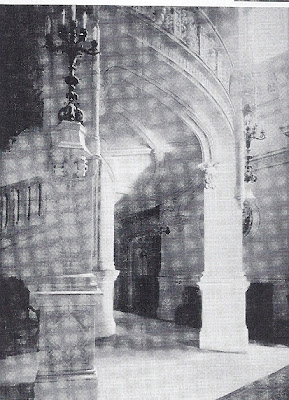 To the left of the great hall was the Dining room which also doubled as the art gallery. The dining room could seat 200 people at a Vanderbilt party and almost 300 people when the table was broken up. 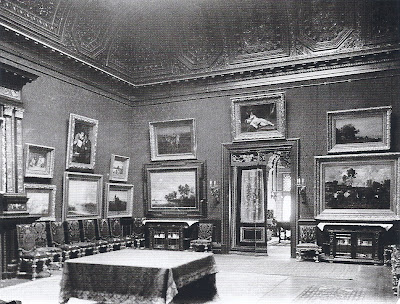 Behind the dining room was the somking room done in a very moorish style with a very ornate chandelier. 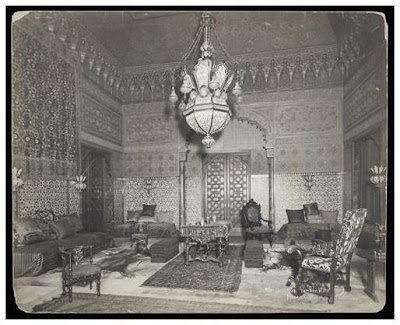 In the middle of the House was the ballroom. The ballroom could hold 650 people and had walls that could open up into other rooms to increase the already large room of 64 by 50 foot long. 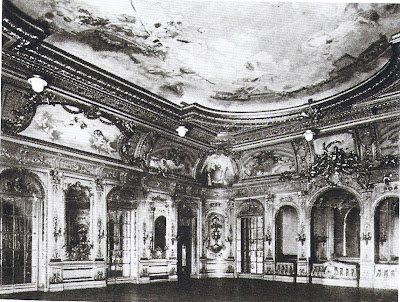 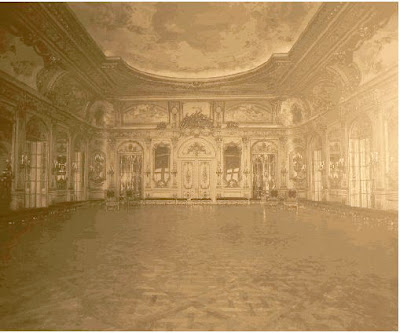 On the right side were two salons and a drawing room. 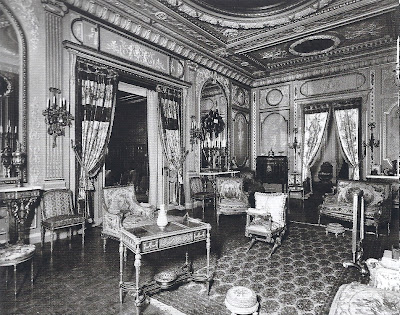 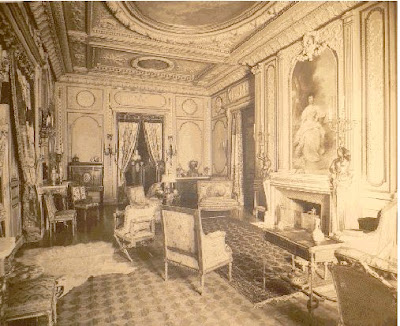 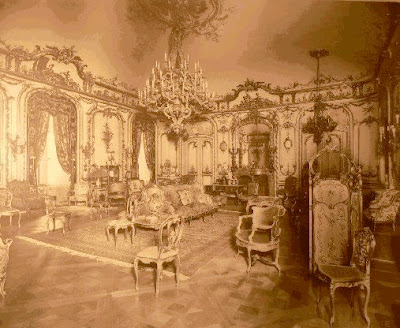 Upstairs were the family bedrooms, servant's rooms and guest rooms. In 1899 Cornelius died he left an estate of over $72 million to his family and charity. His wife Alice Gwynne received a $7 million trust fund, the New York City Mansion and the Breakers cottage in Newport. For years alice resided gloomily in her two homes. Ever since the day of Cornelius's death Alice, the reigning Mrs. Vanderbilt,  had worn nothing but black and pearls, living in the past, spending her days alone in her fortress of a mansion on Fifth Avenue and in The Breakers Villa, visiting only her family, never seen in the public. 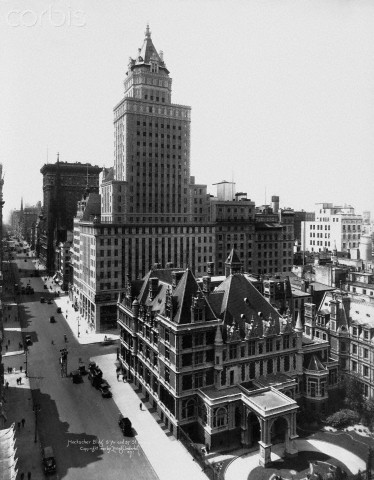 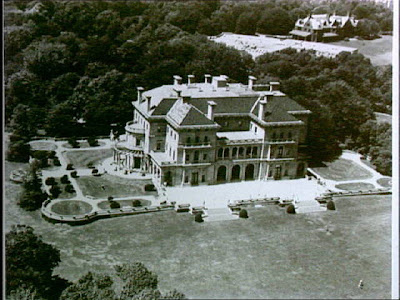 The Breakers mansion Newport in 1925

In 1925 it had become so expensive to run both home that they both starting to look worn. To run the Breakers it took 37 servants, 13 grooms and 12 gardeners. To run the 137 room Mansion in New York City took 37 servants. The $t million dollar trust fund Alice had been left produced and annual income of $250,000 which soon was just enough to cover the taxes on both houses. The taxes on the Breakers was $83,000 a year while taxes on the New York City Mansion which had been $38,000 in 1890 had risen to $130,000. In 1925 Alice was forced to sell the home for $7 million dollars to The Bergdorf-Goodman department store which demolished it and built upon it another department store which still occupies the spot today.