Originally the elite of New York went to the Academy of Music to attend opera, but by the 1880's The wealthy New York families that had been banded from the Academy decided they wanted an opera house of their own. Architect J. Cleaveland Candy was hired to build an opera house twice as large as the Academy and to be far more luxurious. Immediately private boxes were put up for sale but were limited. As soon as they went up for sale 25 of the nouveau riche families, such as Vanderbilt, Goelet, Morgan, Wilson, Gould and Rockefeller, bought boxes for around $15,000 each and soon after many other families followed. 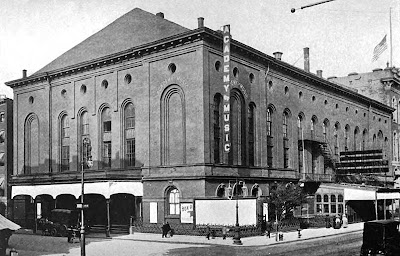 Candy was instructed to design the building to fit as many boxes as he could (there were over 250 nouveau riche who all wanted private boxes so there would need to be plenty of space) and also to include several luxuriously designed rooms. 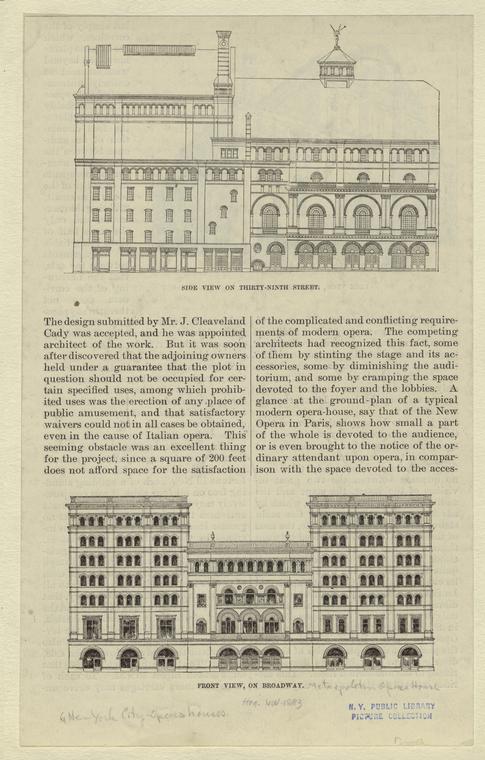 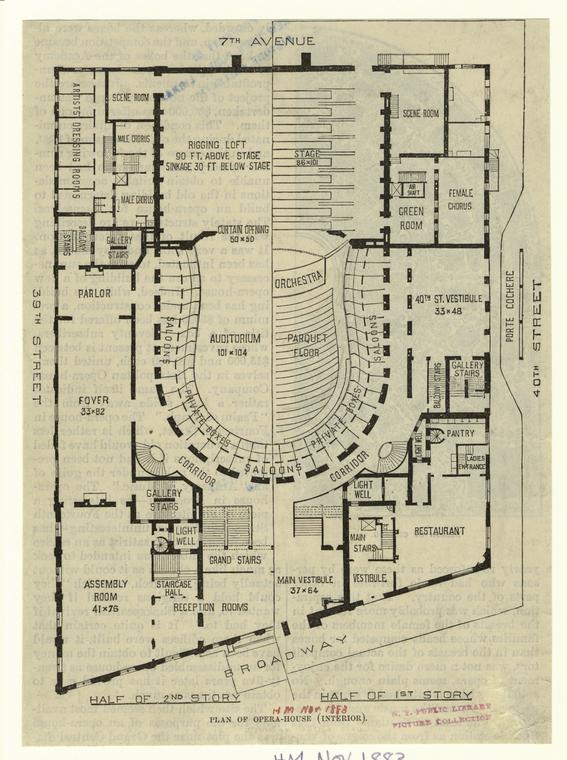 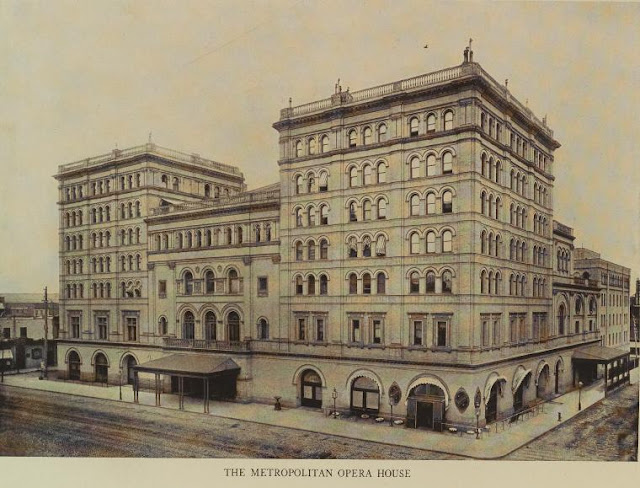 Shortly after it was built 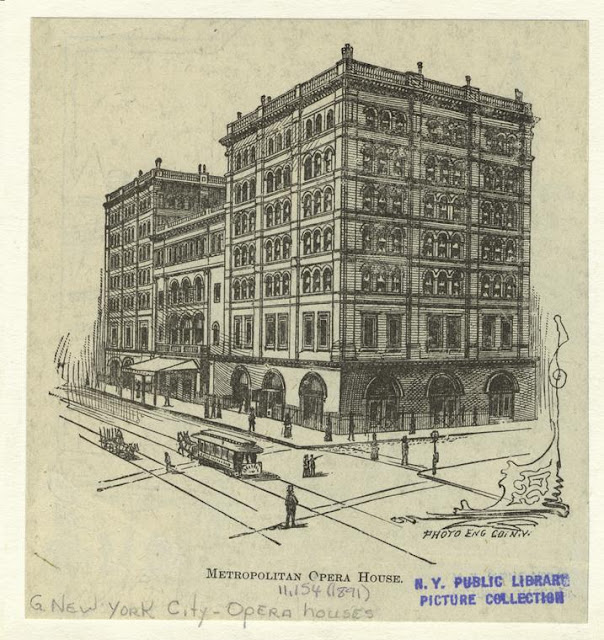 The opening night was a lavish scene of musicians, actors and richly clad ladies and gentlemen. Christine Nilsson topped the evening off with the "Jewel Song" after which a beautiful golden casket was given to her. The wealthy spectators watched with joy as they new that they had beaten the Academy. 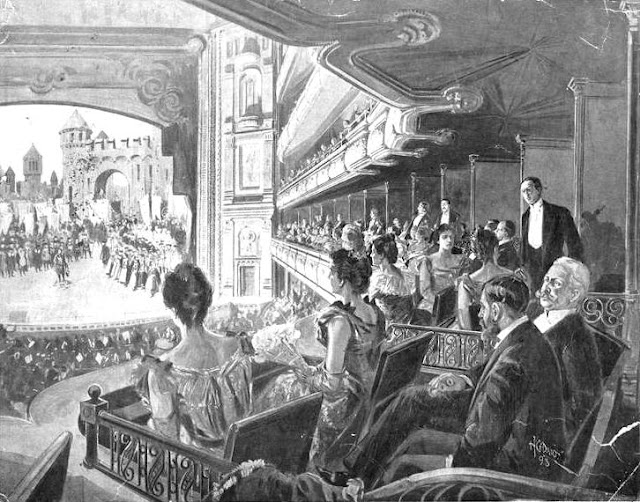 After that night the Academy closed it's doors and the old New York families all moved to the Met as it was called. Old New York families such as The Astors, Fish, Van Alens, Mortons, Livingstons and The Barlows bought boxes while other like Mary Mason Jones shared with others. All in all there were 122 boxes, 83 of which were occupied. A decade later renovations were done to the boxes and lush decorations were added all over the place. The first tier of boxes was where the most fashionable sat, it was called the "Diamond Horeshoe" ( Mrs. Astor always maintained that it was named that because of her famous 200 stone diamond necklace although that has never been proved ) while the second tier housed the nobodies according to society. 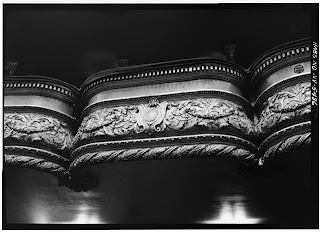 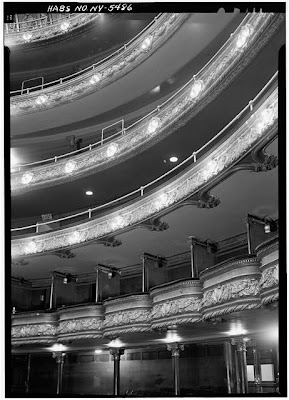 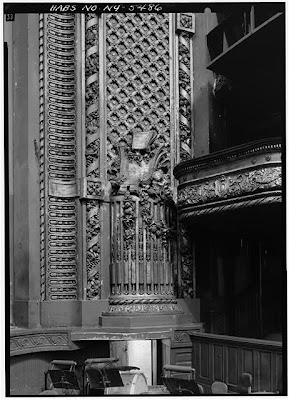 The auditorium was the largest room in New York and had 3,200 seats. At one end was a grand entrance while the other was the massive stage. 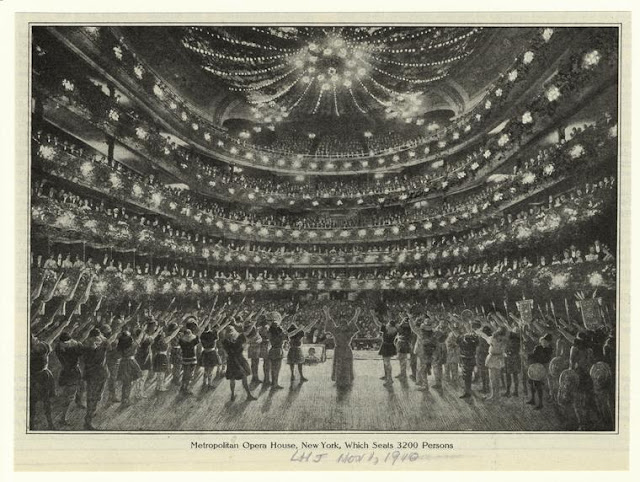 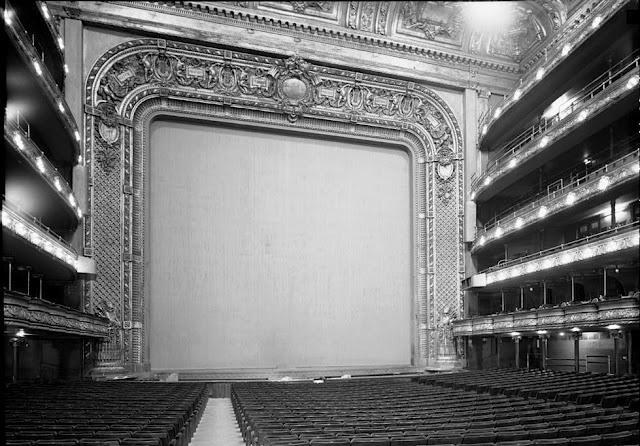 The stage was designed to be able to hold the hundreds of actors that performed there it was 2 stories high and was equipped with the latest machines to help to help the act run smoothly. 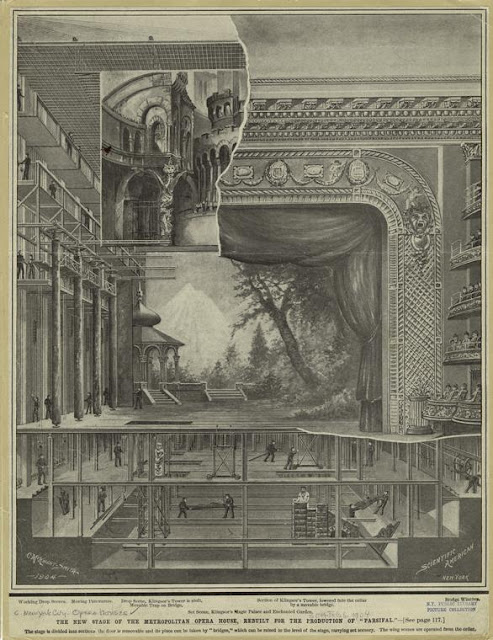 Diagram of the Stage 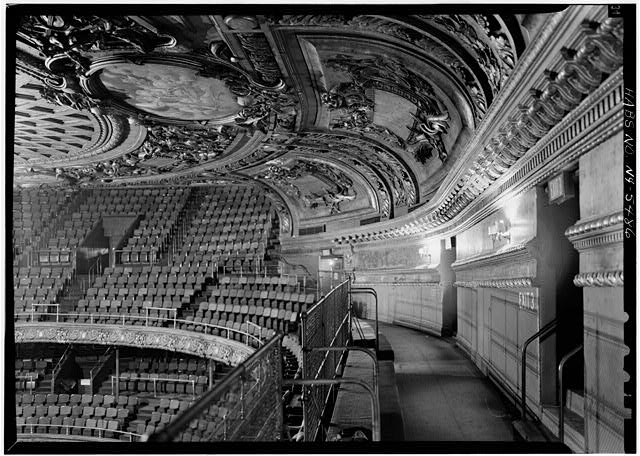 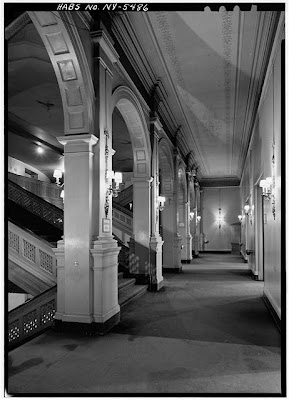 
Of it's many patrons, the strongest patron of the Met was Grace Wilson Vanderbilt, wife of Cornelius Vanderbilt III. Very many people agree that after Mrs. Astor died Grace took over as queen of society and one of her entertaining spots was in her private box at the Met, where she could receive prominent guests and foreign dignitaries. 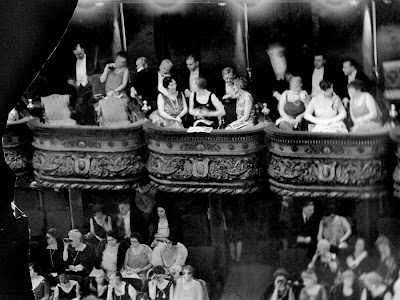 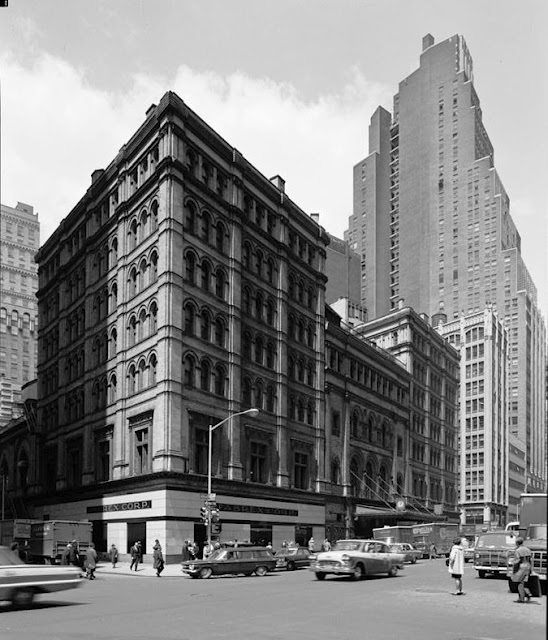 After so many years of glory and triumph, the Met was demolished in 1966 14 years after it's strongest patron died. Today it is occupied by just another apartment building.