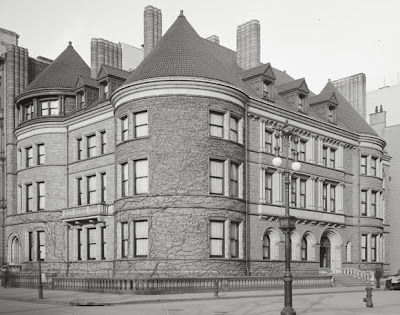 When millionaire art collector Henry Osborne Havemeyer died, he left not only a spectacular fortune of almost $30 million to his wife, Louisine Elder Havemeyer, but also a sumptuous, art-filled mansion, facing the Central Park.  Louisine also inherited the nearby stables, which they had shared with Col. Payne and their Long Island estate. 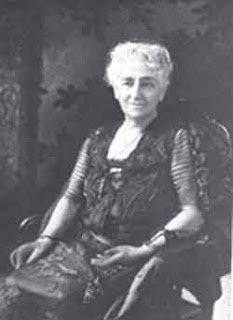 Mrs. Havemeyer Was Instantly Turned Into One Of The City's Wealthiest Women Upon The Death Of Her Husband 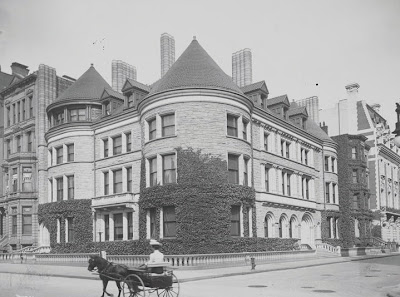 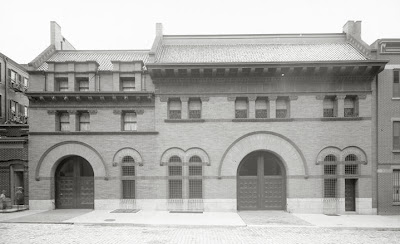 The Stables That Were Shared With Col. Payne Were Quickly Turned Into Garages To House Mrs. Havemeyer's Fleet Of Rolls Royce

The Havemeyer mansion sat on one of the most valuable plots of land in the city. The area surrounding the mansion soon became occupied by large, imposing townhouses, designed in all sorts of styles and periods. Next door the dingy brownstone that had occupied the lot made way for the grand residence of Mrs. Parsons. 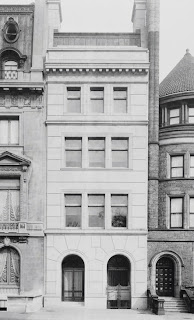 Mrs. Parsons's Marble Residence Was Surprisingly Modern Compared To The Other Townhouses That Surrounded It

Next to Mrs. Parsons the residence of R. Livingston Beeckman had risen and on the other side of the Havemeyer mansion, down the avenue, had risen the palace of Mrs. Astor and her son John, along with the residence of William Watts Sherman. 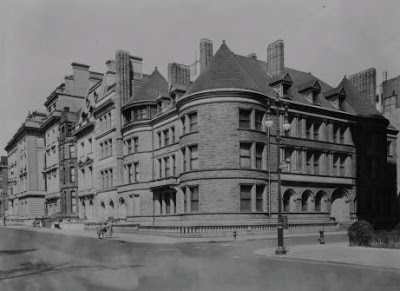 Mrs. Havemeyer continued to use her husband's fortune to support several of the causes her husband had supported, such as the Republican Party and Trinity Church, and would regularly give away around $1 million a year. The interiors of her New York City mansion would regularly be host to numerous fundraisers and charity balls, sometimes raising up to $80,000 in one night. 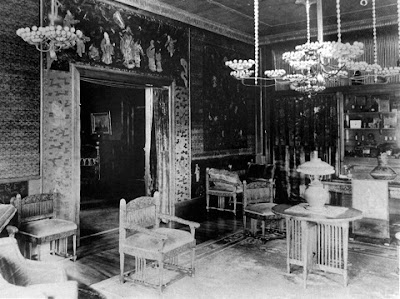 While Mrs. Havemeyer was busy raising money and hosting fundraisers, the world around her and her house was changing. By the 1920's The great mansions that had lined the avenue surrounding the Havemeyer mansion were now being replaced with massive skyscrapers and tower-like apartment buildings. 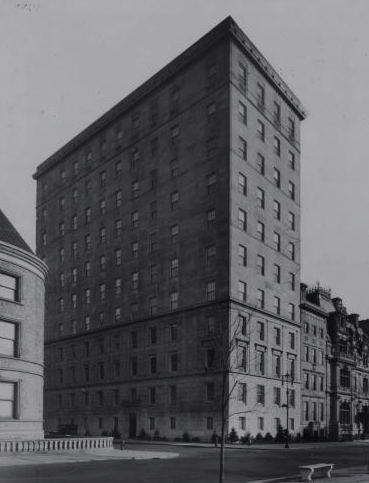 When The Massive Apartment Tower Rose Across The Street From Mrs. Havemeyer, The Surrounding Residents Got Their First Taste Of Commercial Invasion 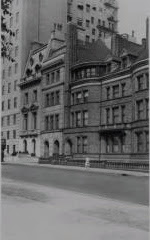 The Beeckman Mansion (Now Occupied By Mrs. Henry White), Parsons Mansion And The Havemeyer Mansion Were The Only One Left On Their Block 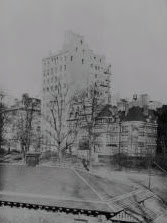 When Mrs. Havemeyer died in 1927, The New Yorkers who were still clinging to their townhouses knew exactly what would happen to the Havemeyer Mansion. Apparently Mrs. Havemeyer knew too, because in her will she had the house scrapped of all of it's decorative features and donated them to the Metropolitan Museum of Art. She left an estate of $9 million, small compared to the fortune she had been left by her husband, but she had given many gifts in her lifetime and had still continued to donate and spend around $1 million a year, even with taxes on her mansion rising to $100,000 a year. She left $1 million to her children and another million to various charities. She donated most of the mansion's furniture to museums and the art collection went to the Metropolitan Museum of Art. The Havemeyer Mansion Was Quickly Torn Down, Along With The Parsons Mansion And Replaced With Another Vulgar Skyscraper 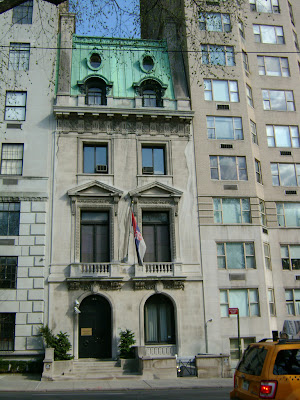 The Only One That Remains Is The Former R. Livingston Beeckman Mansion, Now The Mission of Serbia