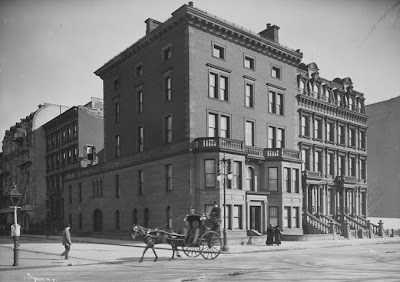 When millionaire William Watts Sherman decided to build a large, imposing residence at the corner of 838 Fifth Avenue, located in the heart of the fashionable district, he was building a townhouse that would be one of the first of it's kind, and sadly also one of the last. 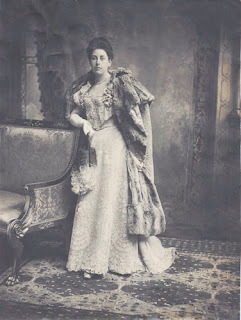 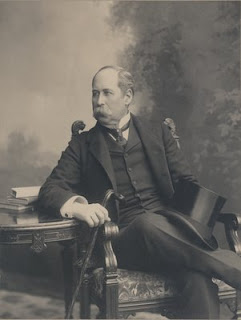 Sophia Augusta Brown Was William's Second Wife And His Most Socially Prominent, She Brought Elegance, Taste And Social Prominence To The Sherman Family

After he bought the lot he handed it over, along with a blank check, to his wife, Sophia Augusta Brown, and decamped to his cottage in Newport RI, which people called The William Watts Sherman Villa, one of the few residences in Newport not to have a name. Sophia commissioned her relatives John Nicholas Brown, Harold Brown (of the Harold Brown Villa in Newport) and G. W. R Matteson to build the residence, while she would design the interiors. Construction was completed in 1898 and the Sherman's moved in shortly after. The Sherman Residence Had An Art Gallery That Doubled As A Ballroom, Just Like The Astor Mansion Across The Street 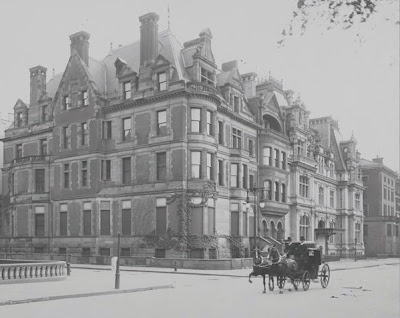 The Sherman Residence At The Far End Was Surrounded By Fashionable Residences Such As The Astor Mansion, Havemeyer Mansion, Ware Mansion, And The Wormser Mansion.

The interiors were comfortable but still elegant and still able to accommodate entertaining. Sophia would regularly turn the art gallery into a ballroom, as ballroom dancing became more and more popular, and would neither hesitate to remove the furniture from the library and dining room and open them up to create one large banquet hall. 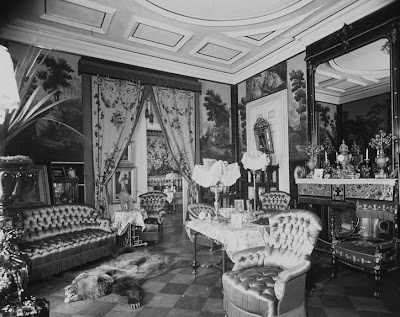 The Drawing Room Was Where Mrs. Sherman Greeted Guests In Front Of Her Signature Portrait 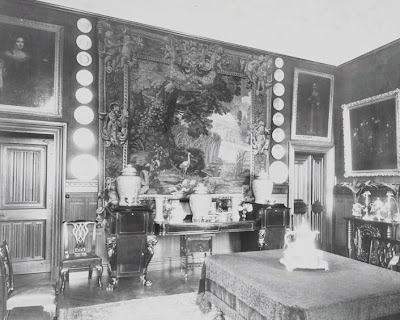 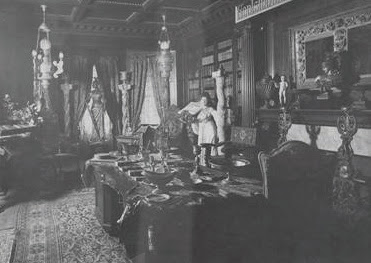 The Library Was Where William Watts Sherman Conducted Business, Read His Favorite Books And Smoked Freely Without Worrying About His Wife

Shortly after building their New York City townhouse, the Shermans decided to renovate their Newport villa and it's grounds. The renovations included adding a ballroom and service wing and redoing the second floor bedrooms. On the property they added new stables, gardens, trees and water fountains. The total renovations costed some $200,000. 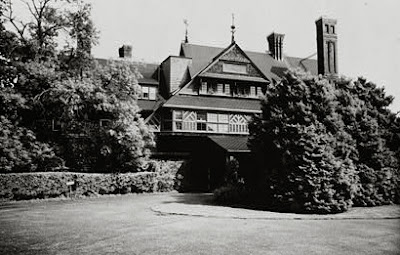 With The Ballroom Addition In The Back, Sophia Was Now Able To Hold Even Larger Parties Than She had Held Before

When William died in 1912, his estate valued at $35 million. He left Sophia $15 million and both of their homes (Sophia had just recently inherited $30 million from her mother so she didn't even need William's $15 million legacy), his daughters each inherited $3 million and the rest mostly went to charities. 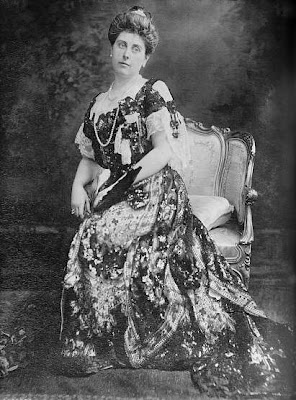 When William Died, It Was Just The Beginning Of Sophia's Social Career As A Hostess And She Started Giving Lavish parties Several Times A Week

Shortly after William died, Sophia promptly had the stables, carrriage HQ and the art gallery above removed and installed a brand new, 2 story high ballroom, with large chandeliers and windows. The art gallery was moved to the storage room on the fifth floor, which had been turned into a large, brand new room with a skylight and marble floors. Sophia opened the ballroom with a large ball for 200 of society's best people. 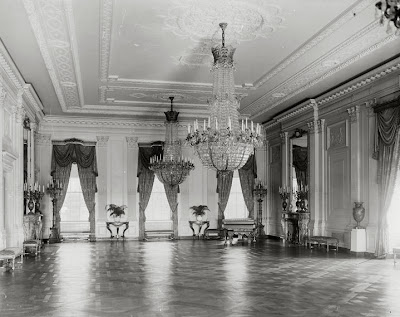 Sophia continued to live their and at her Newport villa for many years, entertaining just as lavishly as she always had. Just like many New Yorkers, she was fully aware that commercial invasion was quickly approaching her and her neighbors. By the 1920's, commercial invasion had completely engulfed lower Fifth Avenue and the Cornelius Vanderbilt II mansion, the largest home ever built in New York City, once considered to be the biggest building in the city, now crouched in the shadows of the massive skyscrapers the surrounded it. 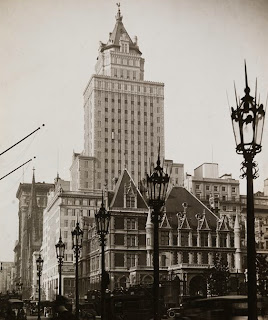 The invasion eventually reached Sophia and her neighbors and soon the townhouse around her would torn down and replaced with apartment towers that shadowed over the remaining townhouses. Many New Yorkers finally gave up and decamped to Newport, selling their palaces to developers who replaced them with massive buildings and skyscrapers. By 1925 The Astors, who still occupied Caroline Astor's large marble palace, were Sophia's only neighbors who weren't commercial buildings. 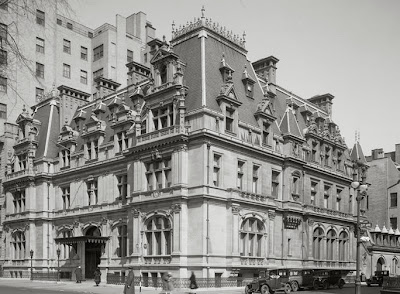 The Astor Family Had Continued To Occupy Caroline Astor's, The Dictator Of The List Of New York City's Elite "The 400" Which The William Watts Shermans Were A Part Of, Large French Palace, Even Though Taxes Had Risen To $130,000 A Year

In January of 1925, Vincent Astor finally sold the Astor family mansion and moved to a much smaller residence father uptown, far away from commercial invasion. Sophia refused to give up and continued to live and entertain at her New York City townhouse. One by one the others came down too, The Henry O. Havemeyer Mansion, Oliver Payne Mansion, James E. Ware mansion and the George Gould Mansion. 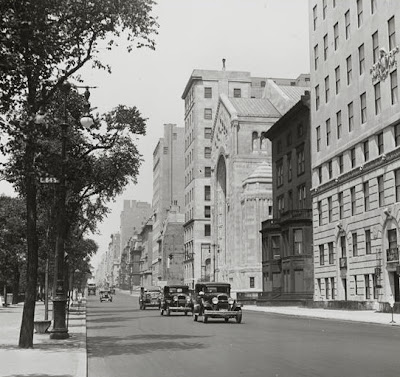 Sophia and a few other continued to reign in their townhouses, but it didn't matter, one by one those townhouses came down too and up went skyscrapers. The main problems that put an end to these homes was that either their wealthy owners died or couldn't afford the taxes on them. One way the owners could get rid of their massive palaces was to donate their palaces to museums, charities or institutions, like Doris Duke, Frieda Warburg and Edith Fabbri, but most homes were sold and torn down. 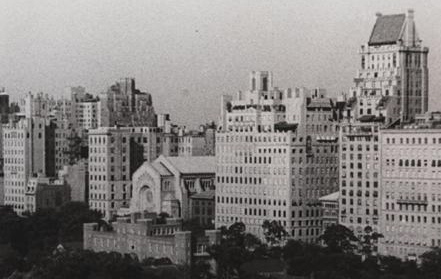 Sophia's Beloved Townhouse Was The Last In A Sea Of Skyscrapers

Sophia finally gave up in 1940, when she moved to Newport, although she continued to keep the townhouse running, unable to demolish her husband's final gift to her. In 1945, Sophia attended a party given by The Newbolds at their New York City residence in honor of the few New York City mansions left. In 1947, Sophia died at her Newport villa and 3 years later her New York City townhouse fell to the wrecker's ball.
Posted by Tyler Hughes at 3:46 PM