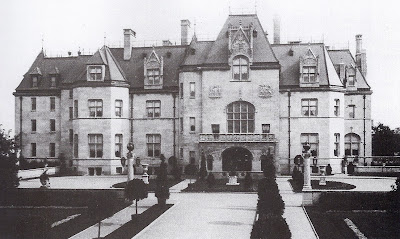 The Goelet fortune was estimated to be around $50 million and it was principally maintained by brother Ogden and Robert Goelet. These two brothers not only maintained the family fortune but also were one of the wealthiest landowners in New York City (second only to the Astors). Eldest brother Ogden had married Mary "May" Reta Wilson, daughter of Richard T. Wilson (of the marrying Wilsons), and had already established himself in a large townhouse in New York City.


Robert Goelet married Harriet Warren and moved into a townhouse across the street from Ogden. Robert loved the sea and was the first person to bring the Goelets to Newport (although it's likely they would have ended up there anyway, everyone in society had a cottage in Newport), he commissioned Stanford White to build him a simple and comfortable cottage, not a large marble chateau or french palace but a real cottage. Robert named his new cottage "Southside".


The interiors, considered the most luxurious in the world, were said to have cost some $2.5 million of the total $4.6 million spent. The floor plan of "Ochre Court" was centered around the largest room in the house, the great hall, which had magnificent views of the ocean. The ground floor held the dining room, drawing room, library, ballroom, conservatory, an office, breakfast room and the pantry. The upper floor consisted of bedrooms, boudoirs, a billiard room, master suites, baths, servant's rooms and sitting rooms. 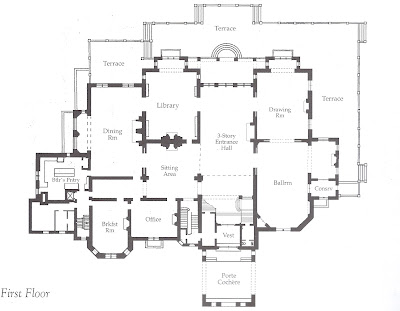 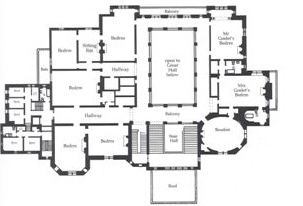 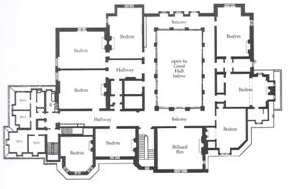 
The french, heavily gilded rooms were designed for show, not for comfort. The grandest room was the great hall, which reached to the top of the house. The Rococo ballroom was, perhaps, the most detailed room in the palace with heavy gilded carvings and designs. To show off the magnificent interiors, Mrs. Goelet opened the house with a magnificent ball, at which guests danced and twirled through the grand rooms. 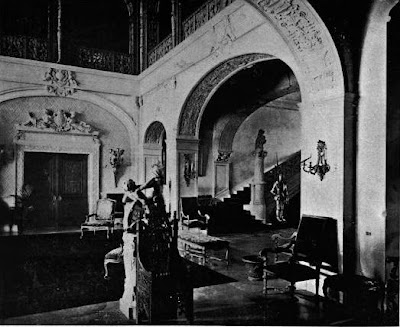 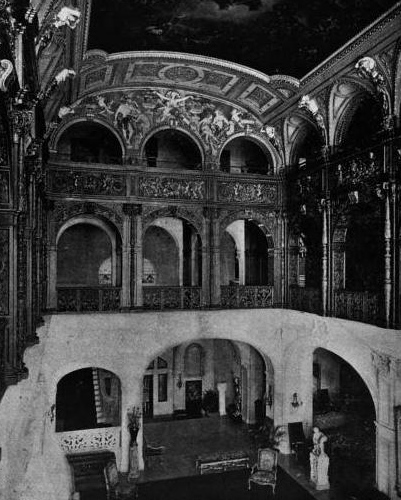 The Magnificent Great Hall Was Beautifully Decorated With Spoils Collected From The Goelets Many Trips To Europe. 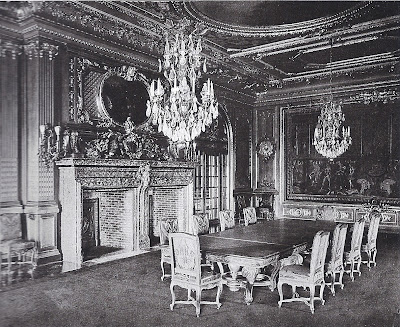 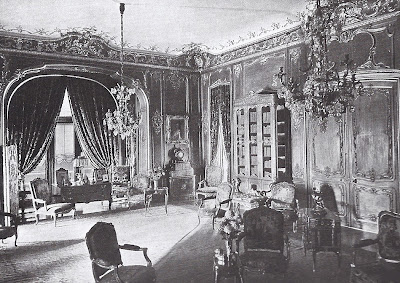 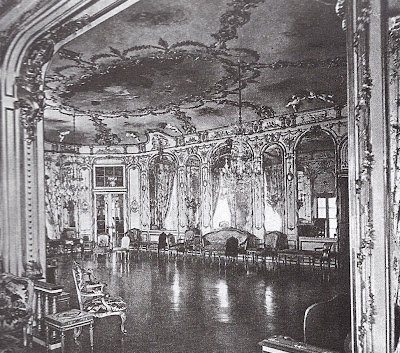 By the time "Ochre Court" was built, May and Ogden had lost interest in Newport. They mostly lived in Europe, close to May's sister and mother, although they did return to the United States to attend Mrs. Astor's Patriarch's and Summer Balls and stayed at "Ochre Court" for 2-3 weeks of the Newport Season. In 1897, sadly, Ogden fell victim to a fatal stroke while on his yacht the "Mayflower " and died . His will revealed his estate to be a colossal $65 million, out of which May received a $5 million trust and life occupancy of all of their homes. Ogden's son, Robert, was named the principal heir, inheriting almost $45 million. By 1903 May rarely ever came to America, staying in her apartment in Paris. Robert continued to occupy "Ochre Court" seasonally and soon became a year around resident. Surprisingly, when May died, she was in a New York City hotel. May left "ochre Court" to Robert who lived there till 1945. In 1945 Robert downsized to a smaller cottage called "Champ Soleil" and donated "Ochre Court" to the Salve Regina University, who continue to occupy it today.