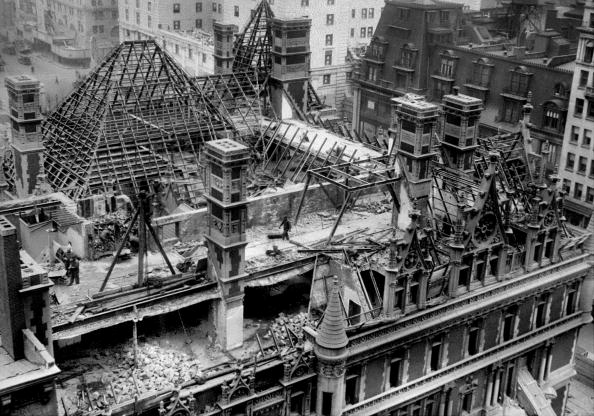 The largest home in New York City ever built at the time, and still the largest home ever built there, the Cornelius Vanderbilt II mansion was truly a masterpiece. Occupying an entire full block, it had around 130 rooms. Among those rooms was a ballroom, an art gallery/dining room, a grand salon, small salon, drawing room, library, water color reception room, smoking room (the Moorish Room), an office, breakfast room, service pantries, 2-story great hall, more than 17 bedrooms, more than 6 bathrooms and numerous servant's rooms. The home had been sold in 1925 by Vanderbilt's widow, Alice, because her $7 million trust, which produced an annual income of $250,00, could not pay for the $130,000 in property taxes on the home and meet her other expenses (one of which was the property taxes on her other home in Newport, The Breakers, which was $85,000 annually). Besides keeping a few personal pieces of furniture, Alice had most of the fixtures and furnishings auctioned off. 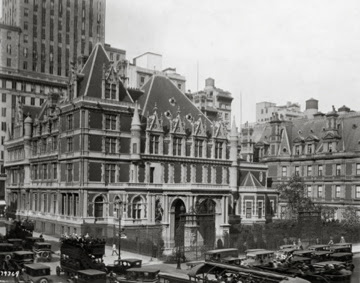 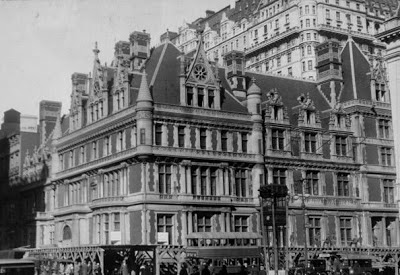 "The Ballroom is as big as a house, and the bathrooms are so big, a taxi could do a complete circle in one of them" the magazines said. The home was eventually sold for $7 million by Bergdorf Goodman, who planned on building a retail palace on the site. The home was demolished in 1927.

For More, Click HERE
Posted by Tyler Hughes at 8:54 AM