Probably one of Newport's most infamous "White Elephants", Clarendon Court, which was recently for sale, remains mostly intact in a time when most Newport estates are subdivided. The home was built in 1903 by Horace Trumbauer for Edward C Knight, who named the estate Claradon Court after his beloved wife Clara, who died in 1928. 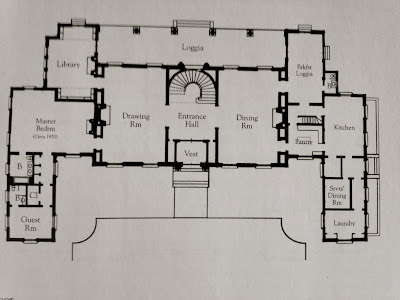 Following her death, Knight moved to a much less elaborate Trumbauer estate, Stonybrook, in nearby Middletown RI. He sold the estate Mae Cadwell Hayward of New York, formerly the wife of Morton F. Plant.

Mrs Hayward's Mansion in New York City, Built By Her and Morton, Which Was Across The Street From The Mansion of Her Friend, Grace Vanderbilt

Mae's changes to the house were limited. She changed the name of the home from Claradon Court to Clarendon Court. Probably the biggest renovation she made was the conversion of the service rooms (kitchen, servant's dining room and laundry room) into a large art gallery to house her expansive collection. She moved the service rooms to the basement. 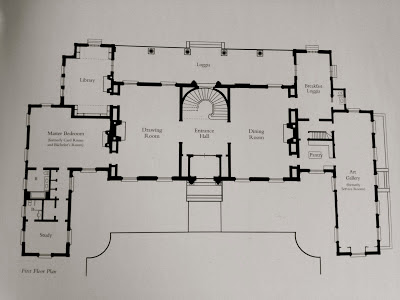 Mae continued to summer in the home until her death in the 1950's. Her widower, now John E. Rovensky, inherited Clarendon Court and the NYC residence, along with half of her now small estate of $4 million. On his death 20 years later, his daughter sold the still shimmering mansion to  utilities heiress Sunny Crawford Von Bulow, whose parents summered at Champ Soleil. Sunny, then with a net worth of $75 million, bought the home for her and her husband, Claus Von Bulow, who would later be accused of trying to murder his wife. 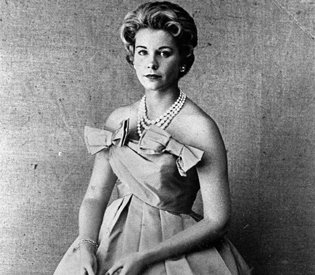 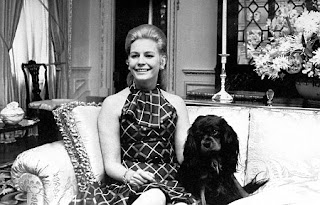 Thanks to her mother's groundwork, Sunny and her family were able to enter Newport at the top of the social ladder. They were members of numerous clubs, including the Newport Reading Room and the Sprouting Rock Beach Association. Clarendon Court soon became the scene of numerous parties and events. Claus also served on the boards of The Preservation Society and Newport Casino. Though they seemed like a picture perfect family, the Von Bulows had deep deep-rooted problems, many of which would tear them apart.

Clarendon Court Was About To Be The Scene of One Of Newport's Biggest Scandals, One Involving A Poor-Little-Rich-Girl Heiress and A Killer Husband

The story read like an early version of Fatal Vows. Claus, who had been forced by Sunny to quit his job and become a full time husband, was tired of being a "hired ornament" and wanted leave Sunny for his mistress, actress Alexandra Isles. But could he walk away from Sunny's immense fortune? Sunny told her children about her and Claus's problems and said she was fine with divorce, she had already done it once. Then, in 1979, while watching television with her husband, Sunny suddenly passed out while her seemingly unconcerned husband lay by her side. This odd behavior, aided by the fact that Claus failed to call for help, caused Sunny's personal maid, Maria, and Sunny's children, Ala and Alex, to wonder if Claus had his own murderous agenda.

And then, one year later, Maria, Ala and Alex's worst fears were confirmed when Sunny slipped into a coma and never awoke. Ala and Alex persuaded New York attorney Richard H. Kuh to investigate and, after gathering evidence, presented his case to the judge. After a lengthy investigation, a Rhode Island grand jury delivered the words Claus Von Bulow never expected to hear "FINANCIER INDICTED ON CHARGE OF TRYING TWICE TO KILL WIFE". For months, Americans read about the real life soap opera: Sunny, the ultrawealthy wife; Claus the self absorbed husband who wanted a divorce; Ala and Alex; Sunny's pampered children with multiple trust funds; Cosima; Sunny and Claus's daughter who took dad's side and Maria; the devoted maid who went to the police with evidence of foul play.

Cosima Took Her Father's Side

All the while, Newport's cottagers were quick to decide which side they were on. Eileen Slocum and Candy Van Alen took Sunny's side, both being good friends with Sunny's mother, Annie Aitken, who was convinced, along with the rest of her family, that Claus had attempted to murder her daughter. Meanwhile on the side, Mrs John Nicholas Brown, Anne, took Claus's side, even announcing it at a dinner party. Most cottagers, though, were loyal to Sunny's family and thus believed Claus was a murderer.

Clarendon Court Was Now A Mansion Of Scandal

Claus was found guilty of murder and was sentenced to 31 years, much to the glee of his step children and wife's maid. Claus demanded a retrial and he got one, though this time, they were held in Providence instead of Newport. Cottagers, who were enjoying the tourism, were devastated. The second trial found Claus not guilty and he walked free. As a result of her loyalty to her father, Cosima was disinherited by her grandmother. Claus told Annie that if she put Cosima back into her will that he would divorce Sunny (who was still in a coma) and not claim any of her money. Annie gave Cosima back her 1/3 of the estate and Claus left Sunny without a penny.  Sunny would last until 2008, dying a age 77.

Clarendon Court was sold to Glenn C. and Patricia Randall. When Mrs Randall died in 2010, their daughter put the mansion up for sale. It sold in 2012 and is now currently a private residence.