The Last Home of Grace Vanderbilt

In 1942 the movers came to Vanderbilt stronghold at 640 Fifth Avenue, the last private residence
on that avenue, surrounded on all sides by towering skyscrapers. The grand furniture and artwork gracing the golden salons and marble halls was boarded and packed up, most of them antiques and heirlooms, and shoved into the moving trucks. Earlier that week, Mrs. Cornelius Vanderbilt III, Grace, had bought for $120,000 the former Miller mansion at 1048 Fifth Avenue and planned on making that her new residence. The mansion at 640 Fifth Avenue had been sold awhile back by her husband before his death to raise capital, the conditions being they continue to live there till 2 years after his death. 2 years later, with less than $2 million, the time came for New York's reigning grand dame to move. 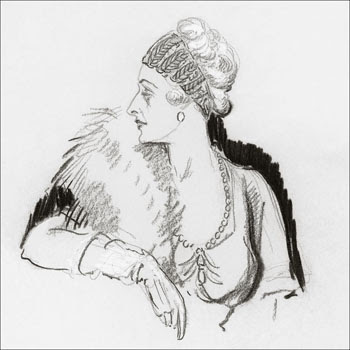 Grace Wilson Vanderbilt, called 'Her Grace', was the only lady ever able to replace THE Mrs Astor 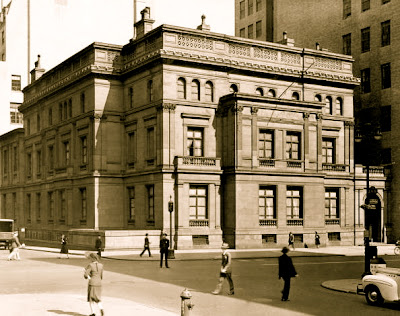 Most of the furniture, because of it's history, was turned over to the Metropolitan Museum of Art, as there was no room for it at 1048 Fifth Avenue. The only Vanderbilt heirloom being kept was the famous painting of Commodore Vanderbilt.
Two weeks after moving in, Grace held a grand opening party, with 128 guests in attendance. Then later came her opera ball for 276 guests. Then after that came another fundraising ball, all the while she was still living excessively, even still rolling out the red velvet carpet across the sidewalk for her guests. At dinners there was always a footmen for each guest (never under 60), and she still had kept her dining room table that could seat sixty. And after the New York season was over, the house would still be flooded with mothballs, the furniture covered in white muslim and the chandeliers bagged, as she headed out for Newport. One wondered where she was getting the resources to do all this. 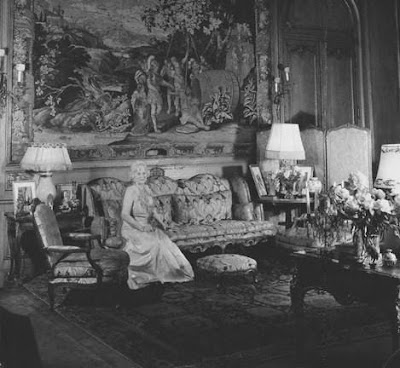 The big spending matron was, in reality, a tight-fisted penny-pincher

Since she had moved out of 640 Fifth Avenue, Grace was determined to stretch her money as far as she could. With the $2 million from her husband, and an additional $1.7 million left from her father, Grace lived a great illusion. For starters, most of the downstairs furniture was rented: The grand piano, the stove, the tapestries, the books, the artwork, even some of the fixtures were rented. She reused most of her gowns, having tailors mend and adjust them into new costumes and covering them in jewels to make them look new. She had cut the staff from the original 26 people that worked at 640 Fifth Avenue down to a staff of a skeleton crew. It consisted of The butler, chef, assistant chef, housekeeper, a downstairs maid, upstairs maid (which doubled as her lady's maid), kitchen maid, 2 footmen, a handyman, secretary and a chauffeur. Whenever she had large amounts of guests, she had the butler and chauffeur double as footmen, while also calling in waiters. She rarely purchased anything, and slowly and quietly began selling small amounts and pieces of her jewelry for extra cash. She cut her son's allowance of $200 a month down to $100 a month. She sold the 30 Rolls Royce limousines her husband had, keeping only one. 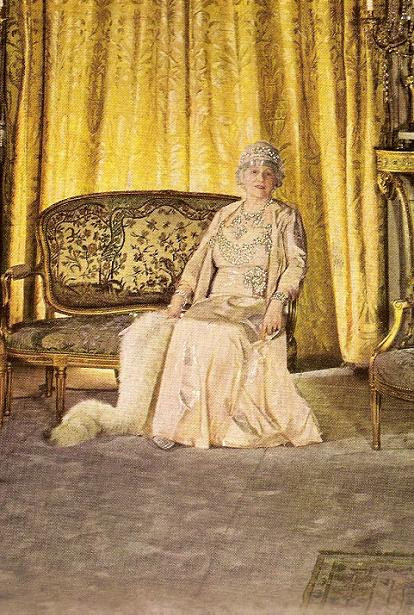 It was all just an illusion

In 1949 Grace gave her last party, her famed opera ball, and after that she unable to attend the opera, arriving last time in a wheelchair. She was rarely visited, and then only by intimate friends and family. Her son's visits were once or twice a year. The dame was growing feeble and blind. In 1950 she quit the lease on all the downstairs furniture, leaving the first floor empty, except for a few pieces of furniture she owned. The portrait of The Commodore was given to Vanderbilt University, along with a few other heirlooms. In 1952 Grace Vanderbilt died, worrying if the money would last. Afterwards her son, left literally penniless, auctioned off 1048 Fifth Avenue and sold everything.
Posted by Tyler Hughes at 3:55 PM

Email ThisBlogThis!Share to TwitterShare to FacebookShare to Pinterest
Labels: Newport