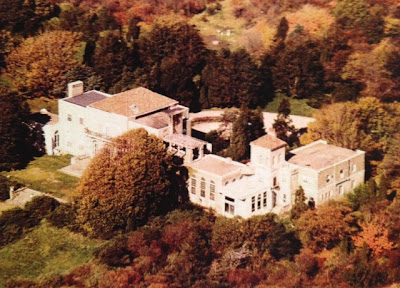 In the early 1950's, James 'Jimmy' Van Alen, who had summered in Newport since birth, and his wife Candace 'Candy' Van Alen purchased a historic looking estate spread out along Ocean Avenue, called 'Avalon'. The estate had originally been built in 1906 by Grosvenor Atterbury for Edward S. Rawson, who expanded the Mediterranean villa in 1917. He sold the 34-acre estate in 1920 to Vera S. Cushman of New York ~ one of the early leaders of the YWCA(Young Women's Christian Association. In 1952, the Van Alens purchased 'Avalon' from the Cushman Family. 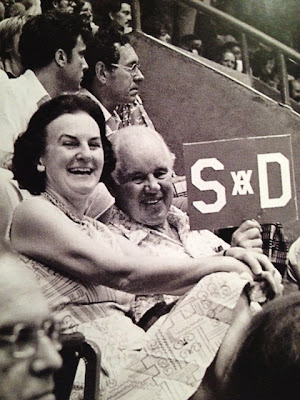 Jimmy and Candy were hopelessly in Love, being married for 43 years 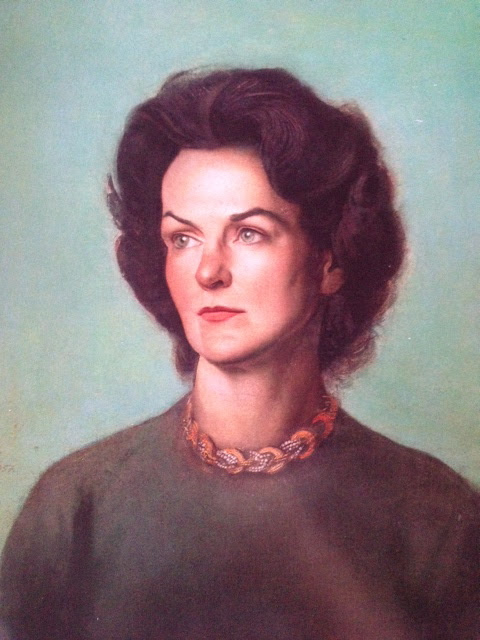 Candy was one of Newport's most outspoken socialites, it was her idea that Jimmy find a Tennis Hall of Fame

Jimmy always admired Tennis, playing the game as a boy on the tennis courts at 'Wakehurst'

Twelve years after purchasing 'Avalon', the Van Alens purchased the next door old 'Wrentham Estate', a stone and shingled house designed by Richard Morris Hunt, for $85,000 and turned the land surrounding the house into a gaming preserve for his hunting guests. Shortly after they
added a guest wing to house. opposite the ballroom. Soon after this, Jimmy was elected as President of the Newport Casino, which was literally a dump. He and Candy purchased the house, completely restored it, and turned it into the brand new International Tennis Hall of Fame. 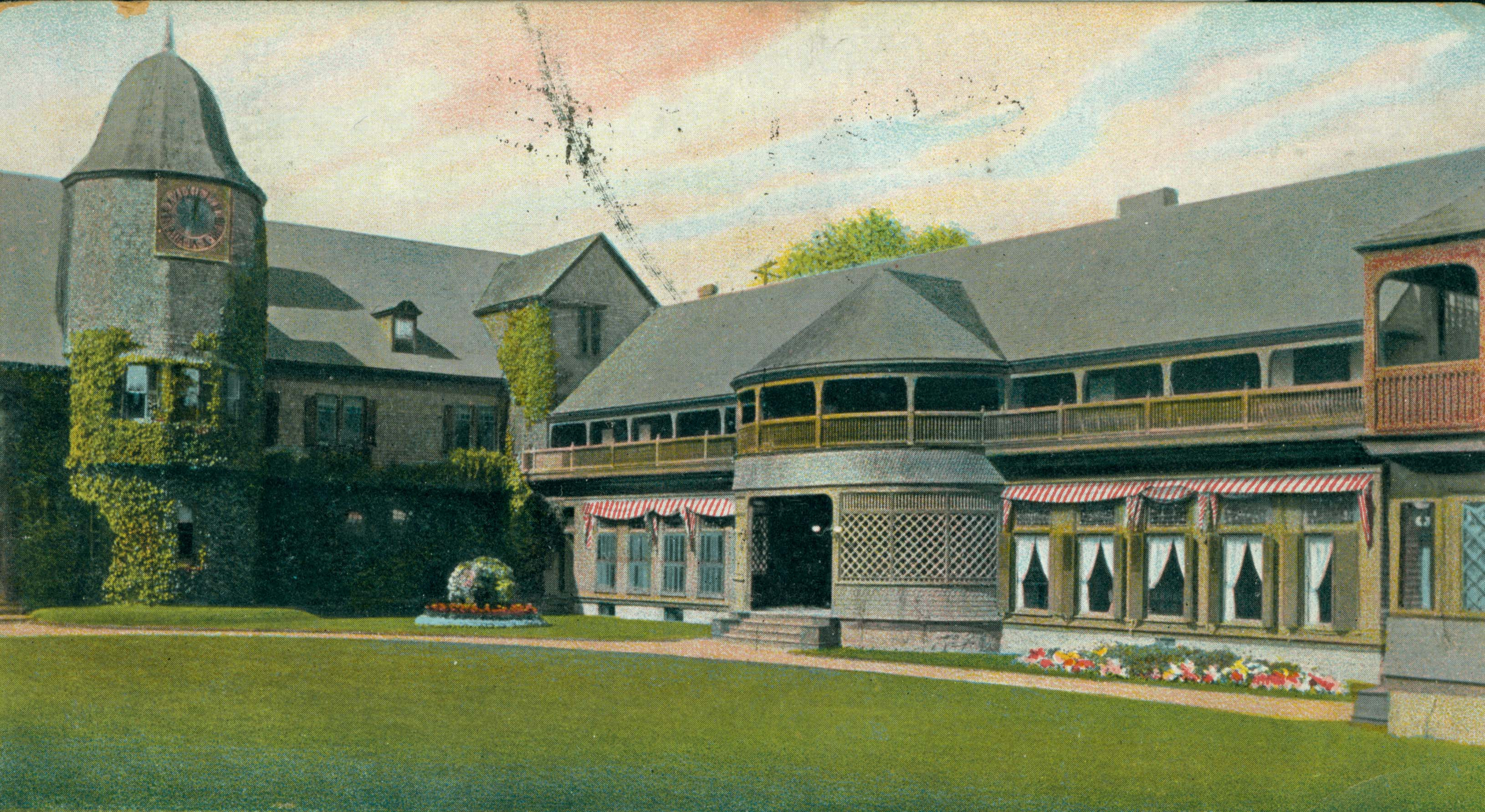 The International Tennis Hall of Fame, which helped to preserve the Newport Casino, all thanks to Jimmy

Jimmy and Candy were perfect for each other; they both lived in the moment, both loved Newport, both were energetic; smart; they shared a love of writing; good times; and adventure. Surprisingly Candy, unlike Jimmy's first wife Eleanor, got along with Jimmy's wife, Mrs Louis Bruguiere, Newport's reigning dowager matron. Frequently, Candy was invited by Mrs Bruguiere to co-host with her at 'Wakehurst' or at the New York townhouse. 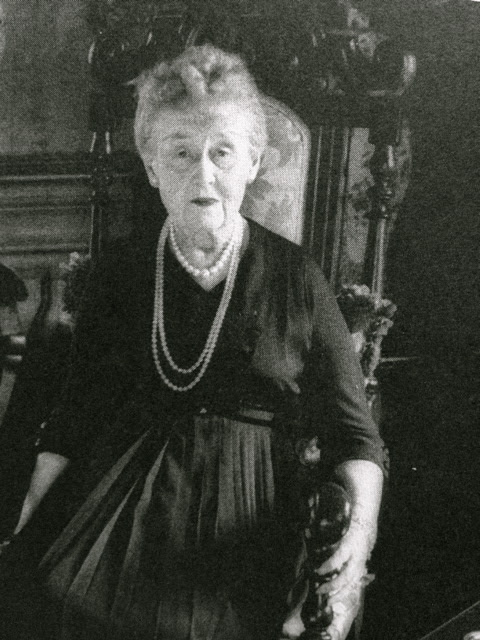 Hitting the Van Alens like a bullet, In early December of 1976, as they were returning from Madrid, a fire started at Avalon. Sally Rodrigues, the caretaker, saw lights flickering off and on around in the mansion and figured that a burglar had tripped the alarm. As she rushed toward the house with her shotgun, she saw smoke bursting out from the garage. Grabbing her two year old daughter, she rushed to a neighbors house and called the Fire Department. When they arrived, the house was engulfed in flames. Eileen Slocum, one of the Van Alens' closest personal friends, was returning from Providence when she heard the fire alarms. She called the fire department and found out it was 'Avalon'. Knowning many of the Van Alens' most prized possessions were in the house, Slocum immediately flagged down a fire truck. "I hopped onto the fire engine and said, "Take me to the front door ~ there is a a beautiful set of china just inside!". By the time she got there, the home was almost unrecognizable. Slocum and the firemen spent the next hour and half pulling out what furniture and artifacts they could. 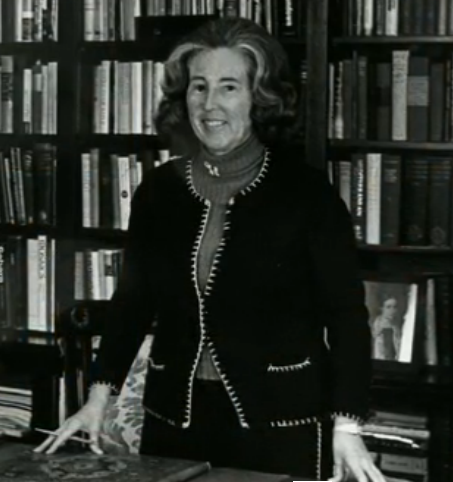 Eileen Slocum, on of the Van Alens' closest personal friends, was largely responsible for saving
the Van Alens collection of artwork and antiques

Luckily, most of the ground floor rooms were still intact, and the Van Alen decided to build a new 'Avalon' around the rooms, making it a very spacious, albeit a much less attractive, mansion. 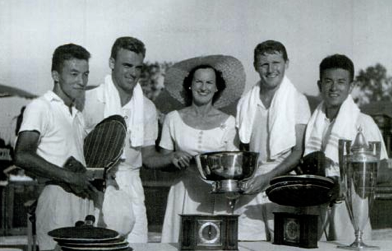 The Van Alens continued to live at 'Avalon' throughout their life. In 1991, Jimmy, who was
practically blind, accidentally stepped off his bedroom balcony onto the gravel driveway and died while recovering in the hospital. Candy continued summering at 'Avalon', spending her winters at the Van Alen estate 'Penny Pond' on Long Island. In 1992, she had the Van Alen Room dedicated at the Tennis Hall of Fame in honor of her husband. 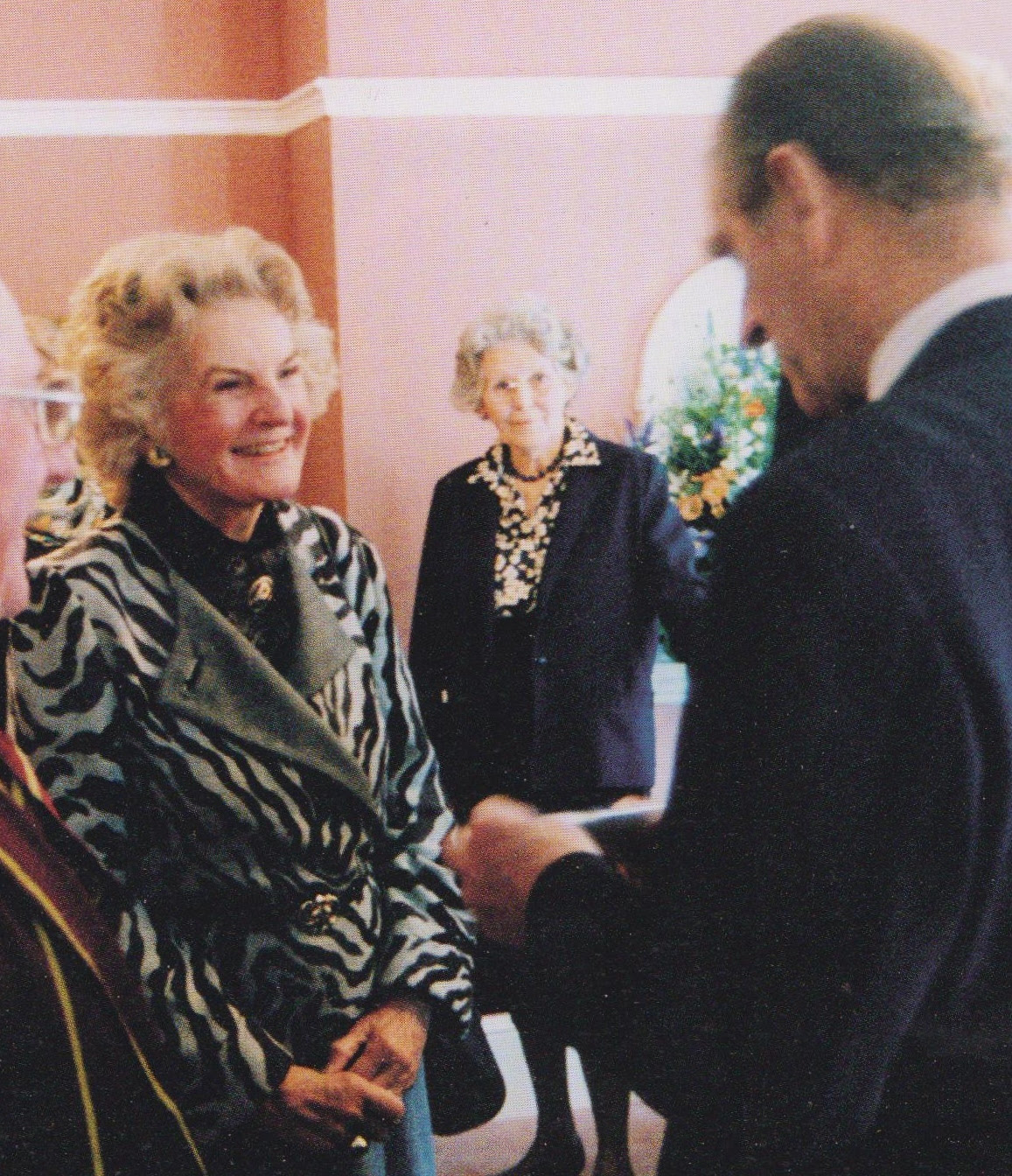 In 2002, Candy died. 'Penny Pond' was subdivided and demolished. 'Avalon' was sold four years later for $10.4 million, the highest sale in Newport. The home was demolished shortly afterwards.