Picnics on the Grand Newport Estates

Back in the 1960's, there was a severe problem with lack of privacy. It started when average Newporters, walking along the Cliff Walk, decided to venture out onto the grand estates that bordered the Cliff Walk. Most just wandered the grounds, though some families had the nerve to set up picnics and some even went up and looked inside the windows. One such incident happened at 'Vinland', the Twombly cottage, when a man went right up to a window and starting peeking in, right over Mrs Twombly's shoulder. To solve the problem Doris Duke bought two large doberman, built a large barbed wire fence and had the outlines of her property covered in broken glass.  And then there was the incident at 'Wakehurst'. 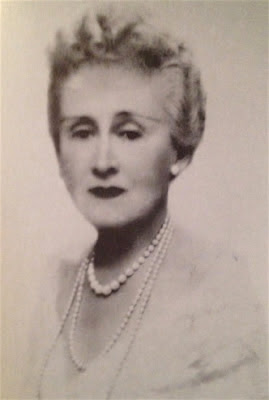 "Some years ago, A large family
piled out of their beaten-up van
onto the grounds of 'Wakehurst',
Mrs Bruguiere's estate, and proc-
eeded to have a picnic. The grand
told her servants to leave the strangers
along but to get the car's license
number and to have her butler
follow them. The following Sunday
she arrived at their home in her
chauffeur-driven Rolls Royce
and her footman proceeded
to set up an elaborate picnic for
Mrs Bruguiere, complete with
gold dinner service, french china
and crystal cups. The owner
came out and asked what she was
doing. "You honored me
with a visit last week and I wanted to
return the compliment" Mrs
Bruguiere replied and continued
her solitary meal"

Email ThisBlogThis!Share to TwitterShare to FacebookShare to Pinterest
Labels: Newport