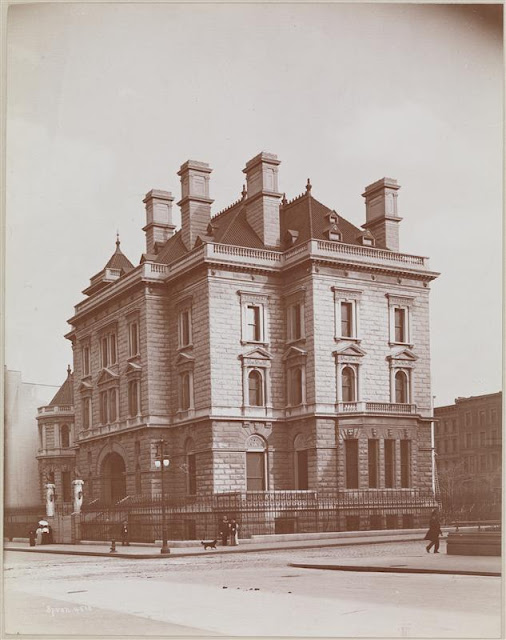 In 1889 millionaire Collis P. Huntington purchased six adjoining lots on the southeast corner of Fifth Avenue and 57th Street  for his second wife Arabella and commissioned architect George B. Post to build a large residence in which he could house his large collection of antiques. Huntington new what he was doing when he purchased these lots from editor Robert Bonner because the surrounding area was becoming highly fashionable, prominent residences were popping up all over the place. For example catercorner the lot was the large mansion of Cornelius Vanderbilt II, across the street was the mansion of Hermann Oelrich and sideways was the mansion of Harry Payne Whitney. Soon after they hired Post he declined on the grounds that what Arabella wanted was to large so they went to Richard Morris Hunt who declined as well saying that they should give Post another chance, finally his plans were accepted and soon was finished in 1891. 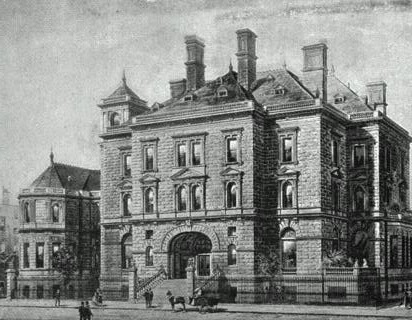 The house when completed in 1891

The interiors were said to have been poorly done and it a shame that Hunt did not have a hand in it. It was so bad that writer James Maher described it as "a wayward railroad station". The plan is awkward especially the cellar plan with rooms all jumbled together. 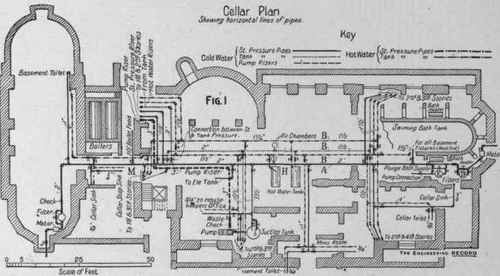 But nevertheless the Huntingtons moved in and resided there but gave rarely any parties for even though their house was large it wasn't enough to get them in society so the atmosphere tended to be very quiet. The first floor contained a large great hall that housed the art collection, a dining room, salon, reception room and library that was in a separate wing of the house. 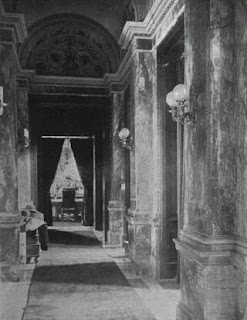 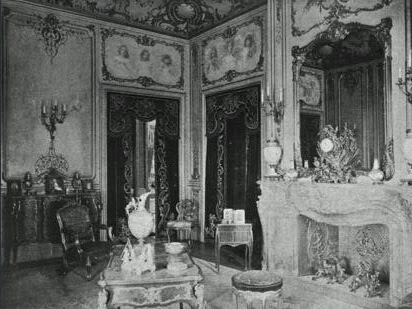 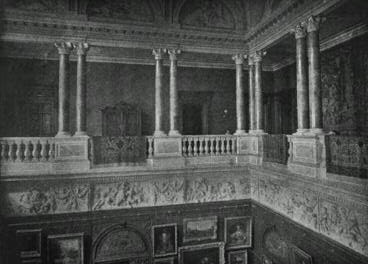 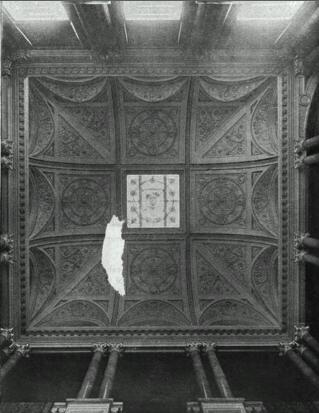 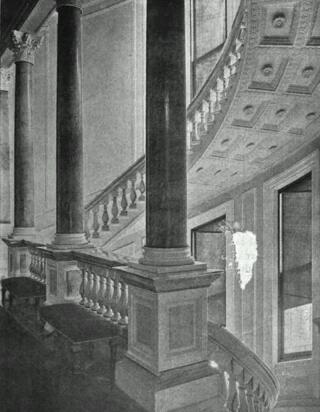 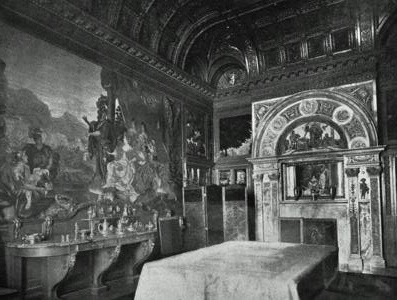 In 1900 Huntington died, leaving some $15 million of his $50 million to Arabella and the Fifth Avenue mansion while some $25 million was left to his nephew Henry E. Huntington. Arabella started buying major amounts of artwork with the large fortune she had been left and filled the Fifth Avenue mansion with artwork that was much more better and extremely more expensive than what she had bought before. Arabella became so enraptured with art that she even bought a hotel in Paris just to fill it with her artwork. In 1913 Arabella shocked everyone by marrying Henry, which reunited the Huntington fortune. Henry was know as a big spender and built a huge estate in San Marino, California to entice Arabella to move out west. She rarely went out there and only to oversee construction, she much more liked to live in New York and Paris and never visited the house. Arabella spent most of her time in the New York Mansion while Henry lived in California. By 1920 they were practically separated. Meanwhile commercial invasion continued in New York. 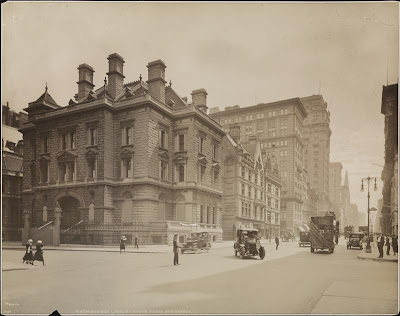 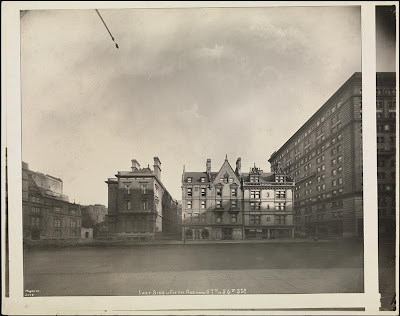 The Three residences behind Arabella, the two middle ones belonging to  William Waldorf the end one belonging to H. Storr Wells 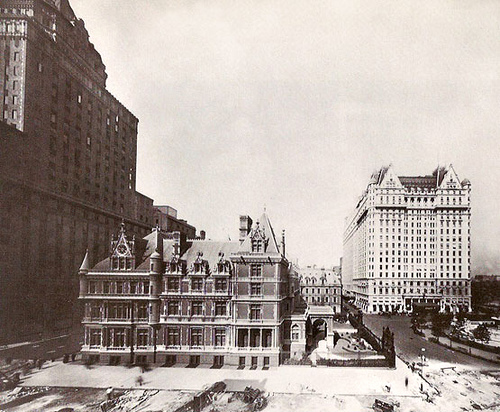 And the Hermann Oelrich mansion which was now a bank.

Sadly, though, in 1924 Arabella died in the mansion on September 14. Three years lather the mansion was demolished and replaced with Tiffany & Co. and New York City lost another one of it's Gilded Age mansions.