It was in 1920, that Chicago department store heiress and YWCA activist Vera S. Cushman  decided to develop a rental property at 5 Hammersmith Road, in Newport, RI, the queen of summer resorts from the 1880's up till the 1960's. The property was located near Mrs. Cushman's estate 'Avalon', later the Van Alen residence (demolished 2003). She began purchasing several smaller residences, including a 1900-circa, 6,000 square foot Mediterranean-style main house, which Vera renamed 'Moorland Lodge'. She mashed the properties together to create a much larger estate, which she named 'Moorland Farm', with 'Moorland Lodge' becoming the centerpiece of the farm. Dotting the estate are a number of historic outbuildings, including the gardener's cottage. In 1939, 'Moorland Farm' was purchased by multi-millionaire John Barry Ryan Jr., a grandson of centi-millionaire Thomas Fortune Ryan (worth about $155 million dollars at the time of his death), and his wife, Margaret "Nin" Kahn, a daughter of fellow centi-millionaire Otto Kahn. Together, the coupled renamed the property to simply Moorland Lodge. Margaret "Nin" Kahn Ryan on the cover of "Coronet" Magazine. 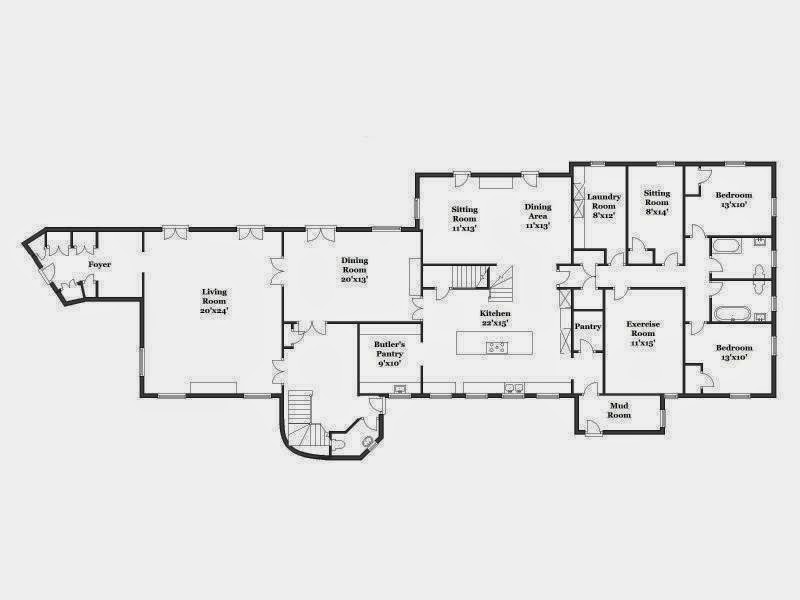 John Barry Ryan Jr. died in 1966, leaving many millions of dollars of Ryan money to Nin, who had already inherited a substantial fortune from her father, including the majority of his valuable art collection. That year, in honor of her father who had so long loved and supported the Metropolitan Opera, she assisted the Opera in moving to their new location at Lincoln Center, which opened with a grand celebratory gala. On a few months earlier, Mrs. Ryan and other Newport socialites had flown up to New York City to wish goodbye the old Metropolitan Opera House at 1411 Broadway, which had been the first home of the Metropolitan Opera, opened in 1883 (Mrs. Ryan's father, Otto Kahn, had been a founder of the Opera and a sponsor of the building). The closing gala was attended by many of the Newport "crowd", including Mrs. Ryan (To read about the closing gala, and to see pictures of the event, please click HERE).

Nin Ryan lived on at 'Moorland Lodge' for six more years. In 1972, she sold the estate to Mrs. Marjorie Atwood of New York and Georgia for an undisclosed amount. From then on, Mrs. Ryan would split her time between her Manhattan apartment and her London residence.

After passing through numerous hands,  'Moorland Lodge' was again listed for sale in 2013, with an asking price of $6,000,000. It has since been sold.

To see a listing of the house, including photos and a description, please click HERE.