Giraud Fost And His Beloved "Bellefontaine" 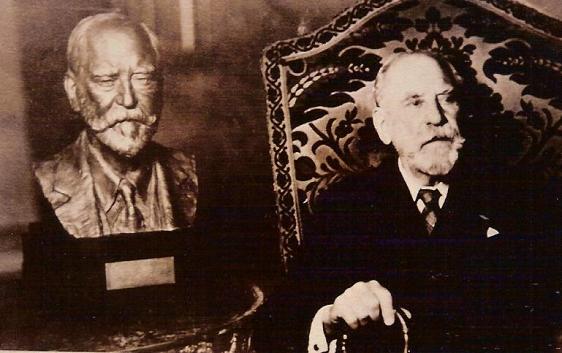 The passing of Giraud Foster, in his 95th year at "Bellefontaine", marked the end of a fabulous era in the Berkshires. Mr. Foster was one of the last of a group of wealthy resorters who brought world-wide fame and distinction to Lenox. His departure marked the end of an era of luxurious living. 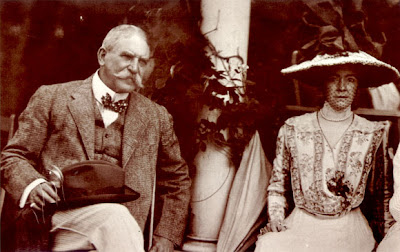 Mr. And Mrs. Foster Represented To A Marked Degree The Aristocracy, The Wealth, The Culture And The Refinement, Which For A Century Had Been The Glory Of The Berkshires Resort Capital

"Bellefontaine", Mr. Foster's Summer Home, And Later Legal Residence, Was A Superb Replica Of A French Palace In The Time Of Louis XV

"Bellefontaine" had been designed by architects Carrere and Hastings and was the most ornate and luxurious of the resort's summer cottages, with interiors and furnishings prefabricated in Paris, then brought to Lenox and set in place by expert cabinet workers. Here Mr. and Mrs. Foster lived the life of royalty who knew and appreciated the finer things in life. 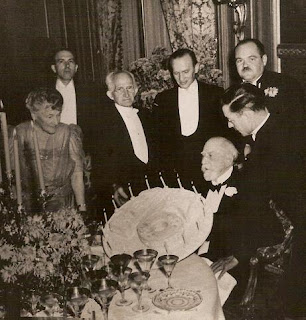 Celebrating Mr. Foster's Birthday Was A Highlight Of The Berkshires Social Season, Acceptance Was Adamant

Giraud Foster was skilled in finance; a world traveler in his younger years he was well informed in art, architecture, and literature (his library contained over 5 thousand books). Mr. Foster was the champion skipper of the Lake Mahkeenac Boat Club, president of the local Lenox Club and of the Lenox Golf Club, where he played the 18 hole course there most mornings and afternoons, senior warden of the Trinity Episcopal Church, delegate of the Republican Party and an officer of the Lenox Library. 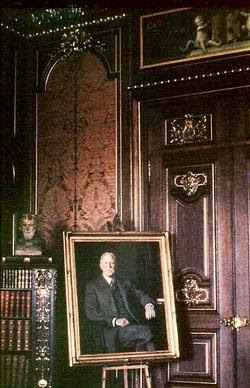 In the old horse show days he often won the coveted blue ribbon for the best coach-and-four amid sharp competition from William D. and John Sloane, Capt. John Sanford Barnes, Charles Lanier and Frank K. Sturgis. He was also president of the Lenox Kennel Club and for a while the September dog shows were held on his estate. 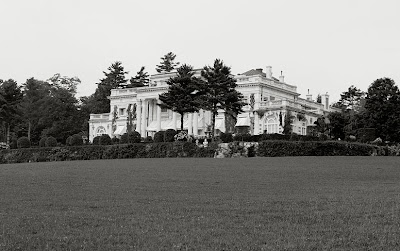 Life At "Bellefontaine" Was An Ordered And Immaculately Manicured Progress From Day To Day; One Great Event Always Remained, Foster's Birthday 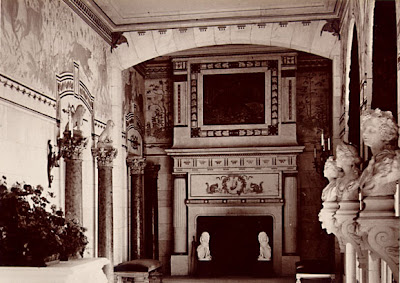 When Guests Arrived For Mr. Foster's Birthday Celebration, They Were Greeted By Him In The Great Hall, A Large, Marble Room, Filled With The Fosters Statuary Collection 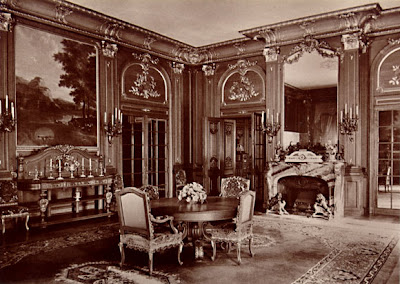 The Dining Room Would Be The Scene Of Foster's Birthday Celebration, Sometimes 60 People Would Surround His Table And Celebrate 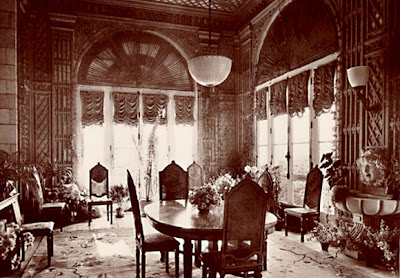 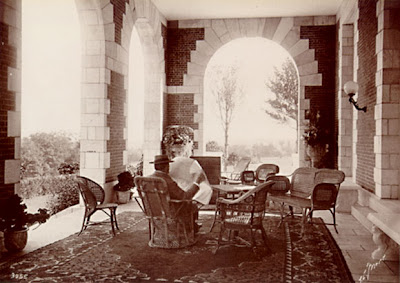 The Loggia Was Where The Male Guests Retreated To After Dinner For Smoking,  Alcohol And A Game Of Bridge 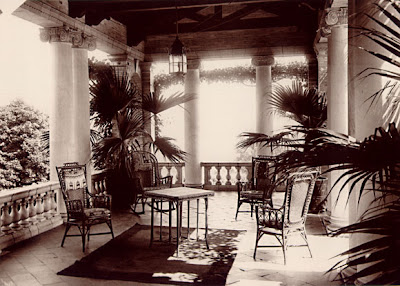 The Second Floor Loggia Was Where The Female Guests Retreated To After Dinner For Tea, Dessert And Gossiping

Mr. Foster's birthday occupied the 364 days which intervened between it's one celebration and next; the time devoted to it's planning was that time dedicated by Giraud Foster for his next year's birthday celebration. For more than 40 years Mr. Foster's birthday dinners, on November 8th, were society events of the first magnitude. Sometimes he had 60 guests; the entire house being a veritable garden of chrysanthemums, American Beauty roses, orchids, carnations and tall palms. On the table were vases of bronze-colored chrysanthemums, his favorite flower. There was always lively music, with an entertainer. Sometimes there were so many guests they overflowed into the adjoining breakfast room. 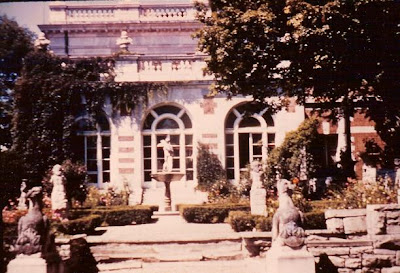 Mr. Foster was especially fond of bridge and played a conservative, but generally wining hand. He and his partner, Mrs. Henry White (Emily Vanderbilt Sloane White), often won the first prize at the smart bridge-luncheon parties. Giraud Fost walked from one to three miles a day with Edwin Jenkins, superintendent of "Bellefontaine" since it's inception half a century earlier. 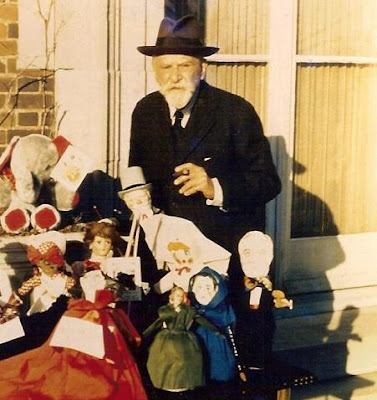 Giraud Foster and "Bellefontaine" were long remembered in Lenox for their grand old style of years agone.

*Note Information and some of the photographs, courtesy of Robert Bruce.